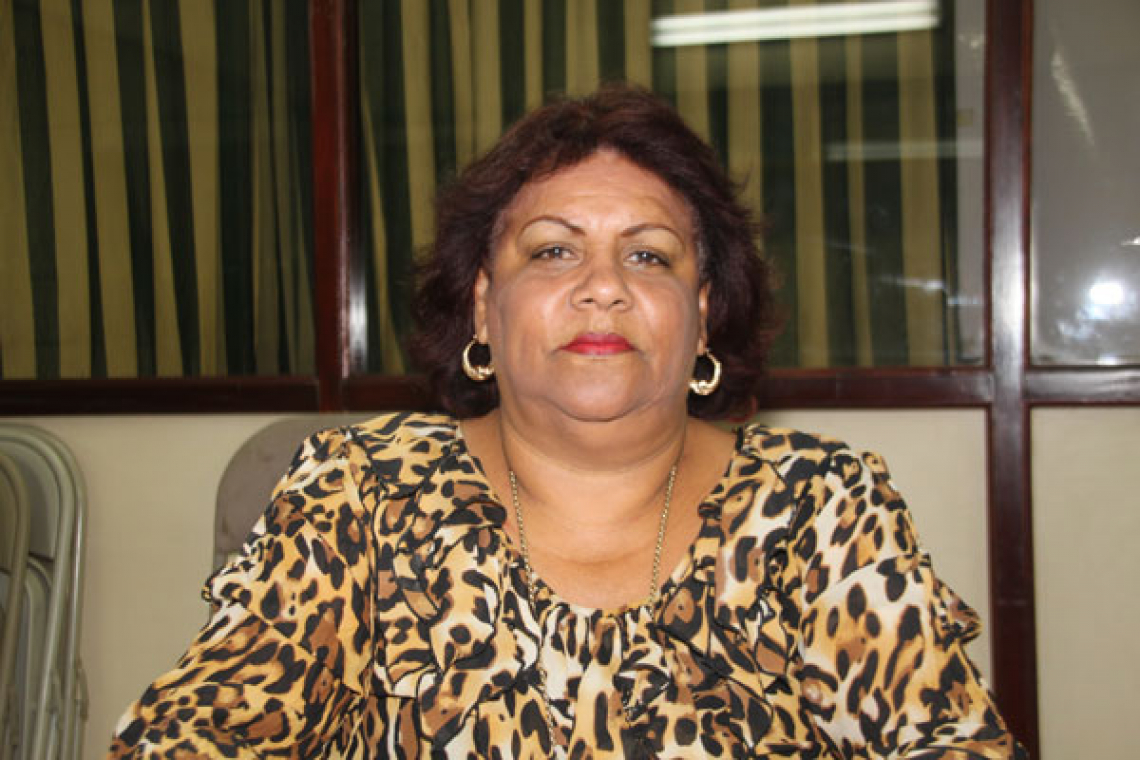 “The government is claiming that the members of the CCSU and the civil servants who are part of the secretariat are refusing to meet with government. This is an unfortunate turn of events that needs to be clarified,” Elshot said in press statement on Thursday.

Elshot outlined the sequence of events in an effort to illustrate that the accusations levied against the secretariat and its members are unfounded and not true.

She said the CCSU secretariat had been requested to chair and coordinate meetings, starting in May 7, when the cost-cutting measures were first introduced.

She said that during negotiations at the meeting held in May 28, verbal agreements had been made between the two parties regarding six out of seven points discussed. The seventh point that was not agreed on was in regard to the vacation allowance.

As this point involved the membership of the unions, a mandate of the membership was needed to be able to agree on that particular point of discussion.

Elshot said it had been agreed that due to the deadline the Council of Ministers faced with the Committee for Financial Supervision CFT for June 5, an agreement with the unions was needed in order to move forward.

The unions called an urgent meeting with their membership the following day Friday, May 29, to provide information on the latest developments and in turn receive their input. The membership was not in full agreement, but after much deliberation it was decided that the only way, they would agree to repayment of the deferred vacation allowance was if this was placed in a national decree with set conditions attached.

The unions submitted this response to the Minister of General Affairs on June 1 and after several reminders to the ministry, the unions received a response letter on June 11. In the letter, she said the unions were informed that the submitted proposal could not be accepted in its entirety as this would bring more measures from the Netherlands. Suggestion was made as to how it should be worded and the deferred payment would then depend on the government’s liquidity position and paid up to 25 per cent.

Elshot noted that following this response, numerous follow-up letters were sent to the Minister of General Affairs requesting further dialogue where it pertained to the payment of the vacation allowance. However, no response was received.

She said during this period the CCSU Secretariat had reached out to the Secretariat of the Council of Ministers in an effort to bring the two parties back to the table and finalise the meeting held on May 28.

On July 27, the CCSU members received a communication from the Minister of General Affairs requesting that two CCSU representatives form part of a workgroup and come to an agreement on a new set of measures. This agreement was to be completed by August 7.

Elshot said this work group had been established outside of the CCSU with a new chairperson and not carried out in accordance with the rules that govern the CCSU.

“As one can imagine, I was taken aback, as I was preparing for a meeting of August 7 with the hope of finalising the discussion that was started on May 28. I felt at that point that the way forward was contradicting and confusing,” Elshot said.

A complaint was then filed at the Ombudsman, with the objective for mediation to take place in an effort for parties to be able to dialogue on pending matters and foster the way forward in a respectful manner. She noted that this initiative had been met with resistance by the Minister of General Affairs.

“She objected by stating that the CCSU is a government entity and thus the complaint filed with the Ombudsman should be declared inadmissible. For me this is clearly circumventing the CCSU to carry out one’s own agenda and thus pointing fingers at the members and the secretariat for not having meetings,” said Elshot.

Additionally, the Secretariat met in an introductory meeting on August 20 with the Minister of Justice to explain the role of the secretariat of the CCSU.

“The violation of the various laws and regulations where it pertains to the functioning of the CCSU did not begin with the cost-cutting measures. Various communications from the secretariat to the Minister of General Affairs informing of the non-compliance in accordance with the LMA were constantly ignored.

“My hope for the meeting with the Ombudsman is for us to be able to find the way forward and be able to sit around the table, and that respect will be given to the CCSU as is given to any other advisory bodies,” said Elshot.

“I would not continue as a member to see all the work that has been done by the secretariat and the members be thrown through this kind of narrative as in the article that was submitted by the Minister of General Affairs.

“As member of the CCSU, I remain committed to defending the rights of the civil servants and teachers and to sit around the table to dialogue on the way forward.”