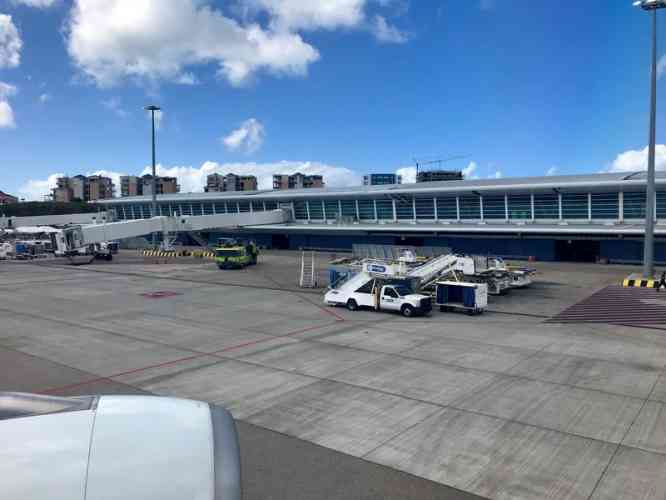 THE HAGUE–The reconstruction project of the St. Maarten airport could have been in execution for a long time already, but the delay of almost a year has been caused due to the obstruction and the lack of decisiveness on the part of St. Maarten.

Dutch State Secretary of Home Affairs and Kingdom Relations Raymond Knops clearly voiced his discontent about the delayed airport project in a letter that he sent to the Dutch Parliament on Tuesday regarding the second progress report of the World Bank and the state of affairs of the reconstruction of St. Maarten after Hurricane Irma.

Within the Trust Fund, financed by the Dutch government and managed by the World Bank, US $51 million has been reserved for the reconstruction of the Princess Juliana International Airport (PJIA). The European Investment Bank (EIB) has made a $50 million soft loan available, on the request of the State Secretary.

In order to safeguard the liquidity position of the airport, $21 million will be reserved from the Trust Fund during the reconstruction period. This amount will become available again for other reconstruction projects if the guarantee proves unnecessary. The State Secretary has set a number of preconditions for the availability of the financing that are related to the quality of management and the supervisory boards.

“Despite the agreement with the World Bank and the EIB on January 8, 2019, continuous efforts were being made, inside and outside the St. Maarten government, to seek an alternate, much more expensive method of financing in order to elude the Dutch preconditions and procedures of the World Bank,” stated Knops.

“Partly due to the lack of clarity on the part of the St. Maarten government and the lack of transparency and communication within the airport, negotiations with the bond holders of the airport about the necessary liquidity position and conditions for freeing up insurance funds have taken up way too much time,” the State Secretary noted.

Ultimately, with the input of the World Bank and technical assistance from the Netherlands, an agreement was reached late March 2019. This agreement has been ready for signing. When signed, the agreement will allow insurance funds to be released and reconstruction can begin, Knops explained.

“Until the fall of the government on September 22, the St. Maarten government had slowly taken some steps to make investigations by the local intelligence service, the St. Maarten National Security Service VDSM, possible. However, the concrete execution still has to take place,” Knops stated.

The State Secretary also addressed the issue of waste management: the dump. He explained that experts of the World Bank have assessed the problematic situation of the dump, which until early 2019 was regularly on fire. A distinction has been made between a short-term and long-term approach and sustainable waste management for the long haul.

The short-term approach is focused on containing the current dump area and extinguishing underground fires. The experts have indicated that evacuation, temporary and permanent, is necessary for people living in close proximity to the dump before fire extinguishing can take place.

“It is now up to the St. Maarten government to take the necessary measures, including the allocation of housing for the evacuated people. There is also much to gain in the short term where it concerns the collection and separation of garbage (recycling) and by the implementation of a waste management fee. In this case as well, it is the St. Maarten government that has to take necessary measures, including the preparing of legislation,” stated Knops.

As for long-term waste management, the State Secretary noted that a sustainable and integral approach was being worked on, including the option of cooperation with French St. Martin and other potential partners in the region. He mentioned the court case initiated by a number of St. Maarten residents against the local government in an effort to force a solution for the dump fires.