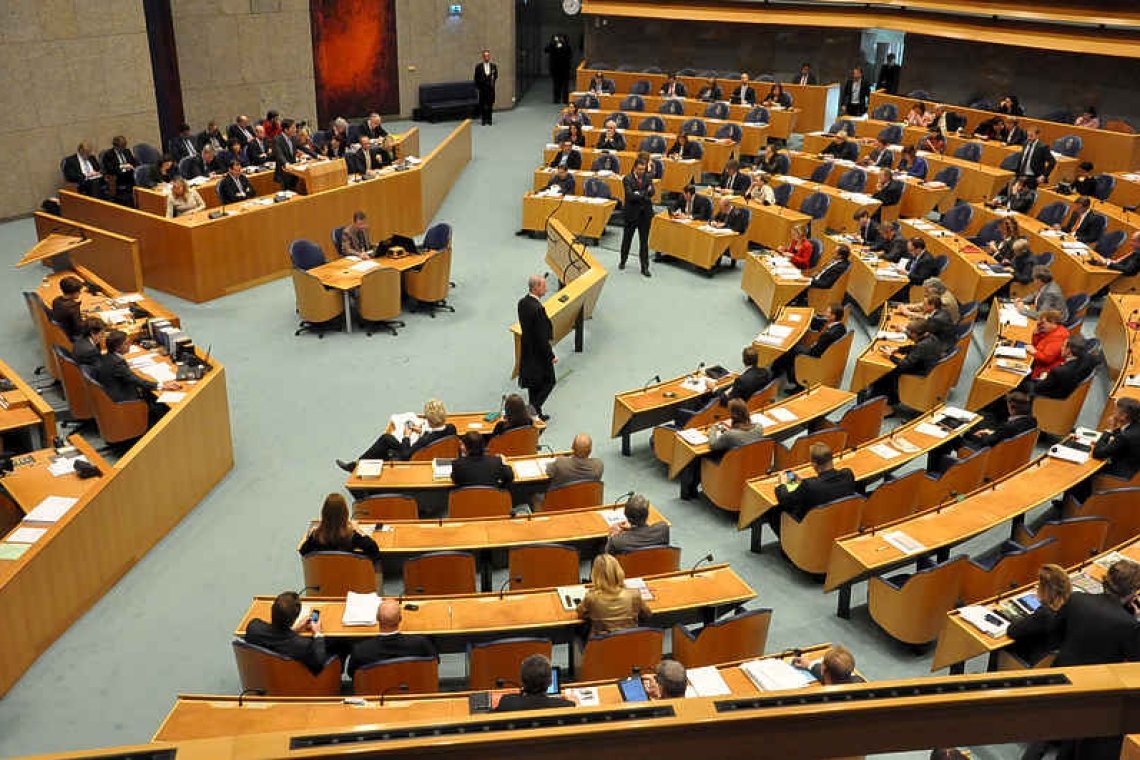 THE HAGUE–The Democratic Party D66, the green left party GroenLinks and the Labour Party PvdA in the Second Chamber of the Dutch Parliament are concerned about the level of involvement that the governments and Parliaments of Aruba, Curaçao and St. Maarten will have in the proposed Caribbean Reform Entity.The parties, along with the Socialist Party (SP), are also very concerned about the vulnerable groups on the islands and how the strict conditions and the reform measures, which they do deem necessary, will adversely affect this part of society in terms of poverty and unemployment.

The parties expressed their concerns in a series of questions and remarks that the Second Chamber’s Permanent Committee for Kingdom Relations sent to State Secretary of Home Affairs and Kingdom Relations Raymond Knops this week. The Committee found it necessary to have a so-called written consultation with Knops in order to get answers to their questions and to inform the state secretary of their concerns.D66, GroenLinks and PvdA specifically asked about the authority and composition of the Caribbean Reform Entity that the Dutch government wants to establish via a Kingdom Law, which will supervise and direct the spending of the liquidity support and the execution of the attached conditions.

“To what extent is the representation of Aruba, Curaçao and St. Maarten taken into account in the composition of the entity? Do the governments of Aruba, Curaçao and St. Maarten have an influence on the appointment of experts in the entity? Why not a supervisor on a joint basis with room for representation from the countries?” asked D66.GroenLinks enquired how this unilateral Kingdom Law proposal compared to the points of departure of the relations in the Kingdom, how the democratic control of the entity would be designed and what influence Aruba, Curaçao and St. Maarten would have on the spending of the liquidity support once this entity was in place.“Is this entity comparable to the World Bank construction for the spending of Dutch reconstruction aid after Hurricane Irma?” GroenLinks wanted to know.

In the opinion of the party, the intention to have the Dutch Parliament carry out the control of the Caribbean Reform Entity “undervalues” the need to also make parliamentary control by the other countries possible.“Here the lack of a Kingdom Parliament becomes clear. GroenLinks realises that this lack cannot be solved instantly, but asks how the representative bodies of the countries can be involved in the supervision of the Caribbean Reform Entity.”

D66 stated about the input of the Dutch Caribbean parliaments: “Does the state secretary agree that for an effective implementation of the desired reforms, it is of importance that the democratically elected people’s representation of Aruba, Curaçao and St. Maarten get a fitting place in the implementation and execution?”

PvdA asked which persons would be heading the Caribbean Reform Entity. “Which criteria are used to come to this selection? Is the government of the opinion that this selection should be a proper reflection and representation of the countries? Has this selection been discussed with the countries? Did the countries have a say in this?”PvdA also enquired about the term of seven years that the Caribbean Reform Entity would be in place. “How does the term of seven years relate to the current problems? How did the government arrive at the term of seven years? Can the government explain how and when this was discussed with Aruba, Curaçao and St. Maarten?”SP asked for more clarity on this “independent institute”, as it called it. “Who will take a seat in it? Who will ultimately be responsible for a proper division and allocation of the money? How can this institute do its work when it appears that the countries in practice are not willing to collaborate? How does this institute relate to the responsibilities of the local governments?”

SP further expressed concerns about the bickering between the Netherlands and the Caribbean countries about the conditions. “Do you share the concern that the governments of the Kingdom apparently are not working in good consultation on the reconstruction of the countries? Do you share the conclusion that the experiences with the World Bank in St. Maarten do not create confidence that a new independent institute will result in fast assistance and support?”SP, GroenLinks, D66 and PvdA in particular expressed great concerns about the well-being of the vulnerable groups in the Dutch Caribbean during the coronavirus crisis.

D66 said it has understanding for many of the conditions and the need to cut cost of the public sector.However, according to D66, the pay cuts for civil servants should not land this group under the social minimum. “How will the state secretary make sure that as a result of these measures, this group will not end up under the social minimum?”D66 asked the state secretary whether he agreed that it was reasonable to provide “intensive support” for the most vulnerable persons. The party also enquired about the “damage” that the measures would have in the short term on the Dutch Caribbean economies and people’s incomes.GroenLinks said it was very worried about the socio-economic consequences of this crisis for the people in the Caribbean part of the Kingdom.

The steep economic decline has a profound effect on people and their income. “The crisis exposes the existing socio-economic vulnerabilities which require urgent solutions, whereby the mutual solidarity within the Kingdom and orientation on sustainability are vital.”

GroenLinks asked whether the humanitarian assistance that the Netherlands offered was sufficient, and whether there were adequate provisions for the Venezuelan refugees on the islands. The party noted that reforms in the public sector were necessary, but questioned whether a generic salary cut adversely affected civil servants in executing vital positions, such as police officers, health care workers and garbage collectors.

According to GroenLinks, the pay-cut measures for civil servants in vital positions who do not receive the high salaries of top officials and members of government contributed to unrest in the countries. The party asked that the effects of the measures on the local population be well-mapped and to avoid vulnerable groups being affected “in their already not bright living circumstances.”

SP said it was glad that the Dutch government was making a lot of assistance available for the people in Aruba, Curaçao and St. Maarten who have been hard-hit by the coronavirus crisis. The SP was worried about whether the assistance was truly benefiting the people who need the support the most – “people with a low income who have lost their job, and families where children do not have enough to eat.”

According to SP, the bickering within the Kingdom was not in the interest of the common people whose livelihood is at stake. “We understand that conditions are tied to the support, as long as these have as objective to make sure that the assistance ends up with the people who need it most.”

SP said it was very concerned about the measures destined for the rich segment of the countries’ societies being averted to people with a lower income. The party asked about a fair paying of taxes. “A contribution is asked of the rich people who have profited a lot, but who have given back little. What security do we have that the rich people are finally going to properly pay taxes?”The liberal democratic VVD party pointed out that the Audit Chambers of Aruba, Curaçao and St. Maarten and various other entities had concluded that the tax compliance was too low.

“VVD is of the opinion that short-term profits can be yielded by executing current tax legislation on the islands, instead of setting up new regulations.”