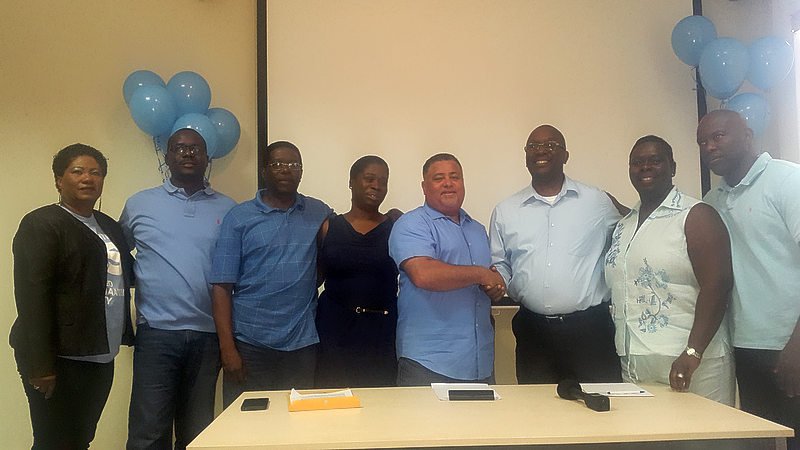 The announcement did not come as a surprise, as it had been suggested for several months that Lake would run in the elections with USP. Prior to going independent on September 30, 2015, Lake, a first-term parliamentarian, had been a member of the United People’s (UP) party, led by MP Theo Heyliger. He broke with UP, saying, primarily that it lacked proper leadership.

Lake said the main reason for him joining the party, headed by MP Frans Richardson, was USP’s “strong foundation with a great leader.” The party was “founded for the people, which fits within my purpose.” That purpose is “helping people and working in the general interest of St. Maarten.” 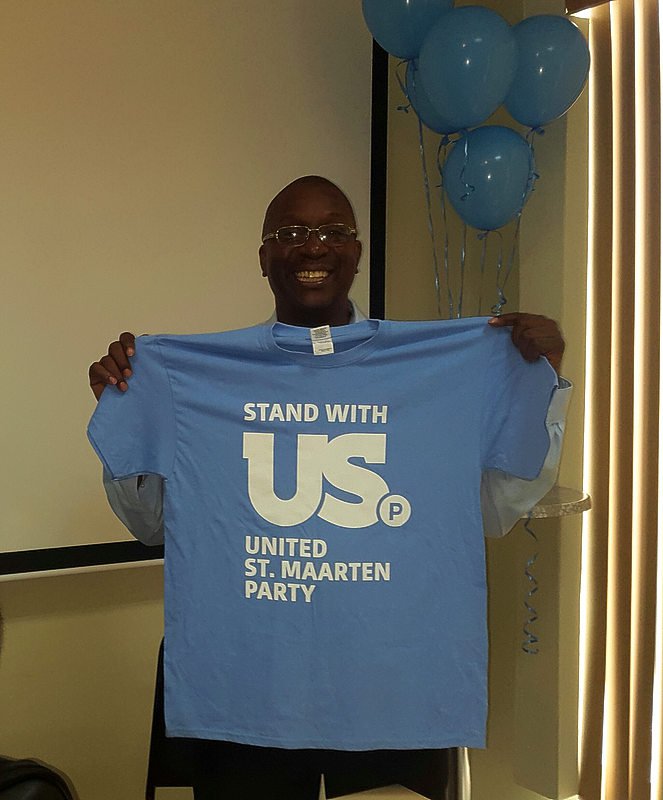 Known for his popular phrase “back to basics,” Lake said the country’s tourism product needs to be refreshed and stimulate the economy. “Most of all, we need to empower our people and create opportunities for local entrepreneurs … We can only move St. Maarten forward by working together,” he said in a press conference held in the Yogesh Building.

“We can only make St. Maarten great again by working together … Let’s raise the bar by putting our people of St. Maarten first,” Lake said.

The MP will bring forward his platform together with USP in mid-June in his home base – St. Peters.

Welcoming Lake as a member of USP, Richardson said the addition of Lake further strengthens “the party of inclusion.”

USP President Cecil Nicholas also welcomed Lake, describing him as a second source of experience and knowledge of the party.

USP, Richardson said, will continue to use its Justice Ministry portfolio to better the position of those in the sector and to improve the country’s safety and security. He announced that the long-awaited security camera project and the purchase of the Soremar building in Cole Bay will be completed soon. The building will be used as the police shooting range and for the forensic lab.

USP is still deciding on whether to have a slate of 15 candidates as in the 2014 elections, or the maximum of 23. Richardson said there is high interest in the party from potential candidates. More confirmed candidates will be announced in the coming weeks; among those will be party candidates who contested the 2014 election.

The inclusion of independent MP Silvio Matser and former MP Romain Laville on the USP list has not been ruled out by Richardson.