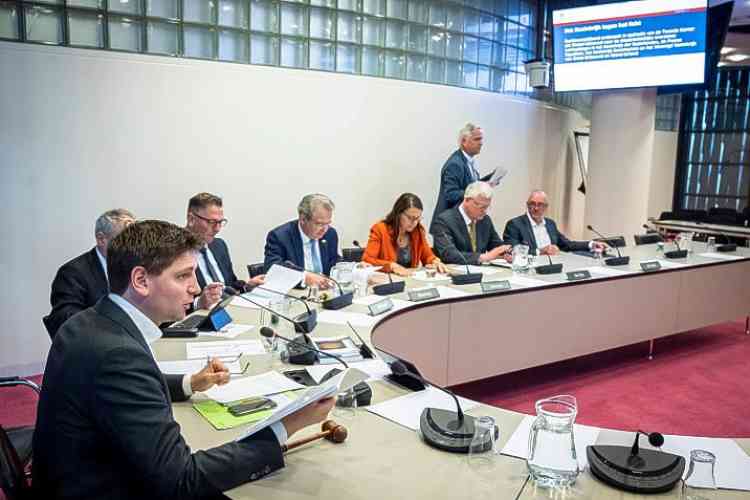 The Second Chamber’s Permanent Committee for Kingdom Relations on Wednesday received the report “Kingdom under the Loop,” drafted by experts of the Groningen University.

THE HAGUE–There are great differences between the manner in which the Netherlands, the United Kingdom (UK), France and Denmark have arranged their constitutional relations with their overseas territories.

Even though the Netherlands went further than the other countries in anchoring the constitutional relations in the Charter of the Kingdom, it is hard to say whether the Dutch Caribbean countries have more autonomy than, for example, the British overseas territories.

Professor Gerhard Hoogers and Gohar Karapetian of Groningen University concluded this in their report “Kingdom under the loop” (“Koninkrijk onder het licht”) which was drafted on the request of the Second Chamber of the Dutch Parliament. The report was presented to the Second Chamber’s Permanent Committee for Kingdom Relations on Wednesday.

In light of the changed constitutional relations within the Kingdom since October 10, 2010, and the financial-economic development of the Dutch Caribbean, the Committee had asked for the research to get an idea of how other countries, the United Kingdom, France and Denmark, gave content to the relations with their former colonies. The Committee will use the report to develop a future vision for the Kingdom.

According to the report, the Dutch Kingdom went much further in the restructuring of the former colonies, the Dutch Caribbean islands, compared to the other three countries researched by Hoogers and Karapetian.

The Netherlands opted to create a constitutional arrangement, the Charter, separate from the Constitution. This has resulted in an extensive form of autonomy for the countries Aruba, Curaçao and St. Maarten. Within the constitutional structure, the Netherlands and the other Kingdom countries are formally equal and the structure can only be amended with the permission of all countries.

The Collectivités d’outre-mer (COMs), such as Saint Martin and Saint Barths, have their own constitutions in the form of an organic law, in which the constitutional organisation of the region in question and the authorities of the internal entities are secured. Formally, the French Constitution makes it possible to differentiate between the overseas territories, but basically all overseas territories are largely integrated in France.

The United Kingdom differs the most from the researched countries. The UK does not consider its overseas territories as part of its state: the 14 British Overseas Territories resort under the sovereignty of the UK, but do not belong to the UK. There is no uniform arrangement for the relations with the overseas territories which in legislation are still referred to as “colonies”.

There are similarities between the four countries that were researched by the Groningen University experts. The Netherlands, France and Denmark have uniform citizenship: the Dutch, French and Danish nationality is the same in all parts of the state. Only the UK has a different arrangement: the UK has its own citizenship for its overseas territories, which means that the people are not British, but British overseas citizens.