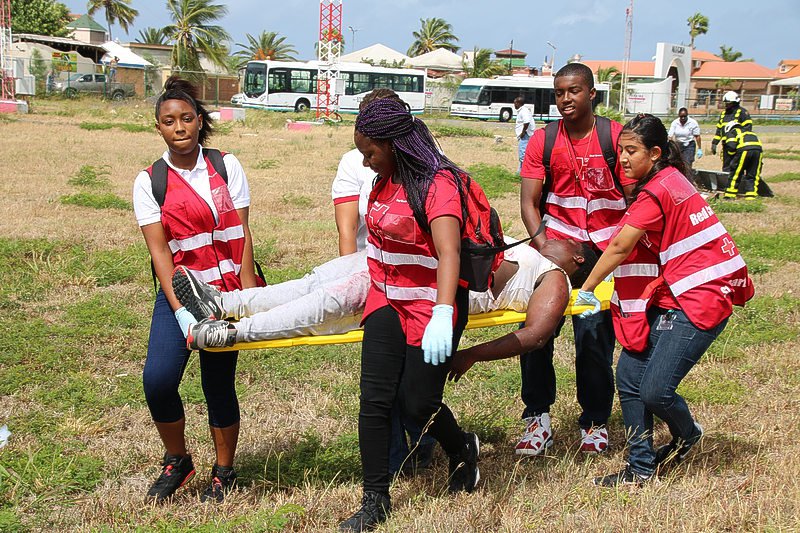 PHILIPSBURG–It was like a scene from a disaster movie when a large-scale emergency exercise took place at Princess Juliana International Airport SXM on Tuesday morning. Emergency response units responded to a staged plane crash on the ramp close to 9:30am.

Scenario
A B737 airplane operated by Ramca en route to St. Maarten from New York experienced some issues while flying. The pilot reported having engine trouble due to bad weather. He advised the control tower in St. Maarten that he was having problems holding the aircraft in a straight line and the autopilot also seemed to be experiencing some technical difficulties. The aircraft had 8,000 pounds of fuel, six crew members, 90 passengers and no hazardous materials on board. 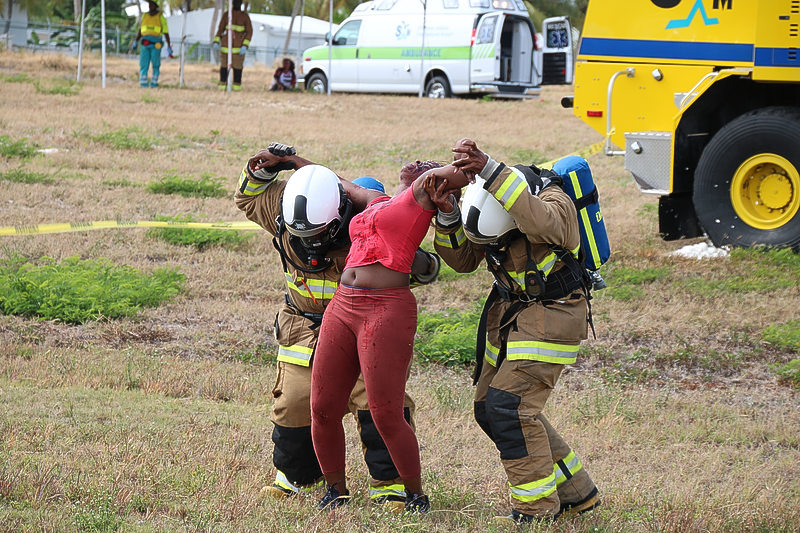 The belly of the aircraft hit a boat mast that was anchored in the Maho Beach area, resulting in the pilot losing control of the aircraft. The impact with the mast broke the aircraft fuselage in two; parts flew in all directions hitting objects and people in a 200- metre radius.
Passengers fell from the aircraft. Seeing these events unfold, the airport control tower immediately activated the crash alarm. The Fire Department, Security Department and Coast Guard were notified of the emergency situation.
Of the 90 persons on board, 40 were seated in the tail section, 30 could be seen in the water and the remaining 20 swam ashore. Fifty passengers were seated in the front section; 35 were seriously injured and 15 had minor injuries and were able to escape the wreckage on their own. The aircraft crew were dead.
Rescue
The Airport Fire Department was the first on the scene, followed by Airport ambulance personnel. The Red Cross and Windward Islands Emergency Medical Service (WIEMS) also came to assist, while police, fire-fighters and ambulance personnel came minutes later. All emergency officials had strict protocols and worked on getting the survivors to safety.
Personnel cleared the runway and placed “survivors” under a tent with colour-coded sections for critical, minor and dead victims. They were transported by ambulance to the hospital for further treatment. 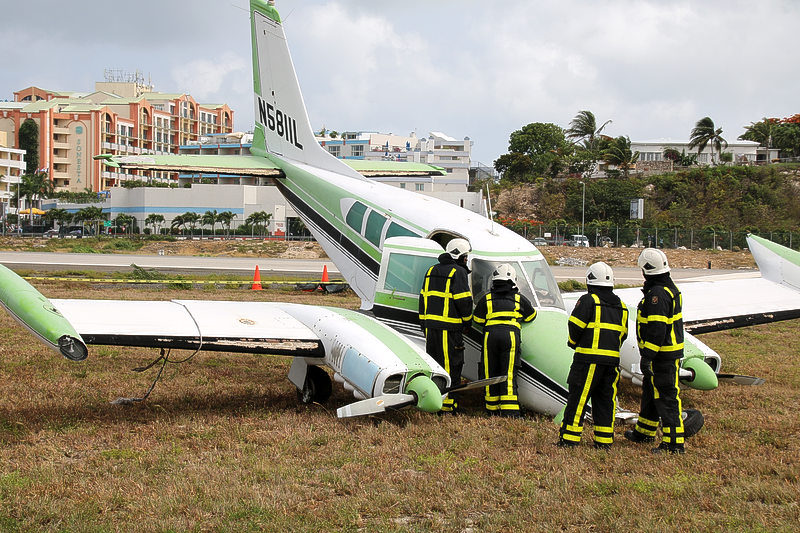 The intention of the drill was to simulate an emergency situation to test the effectiveness of the emergency response plan. This included evaluating the coordination and capacity of the responding agencies in their efforts to contain and manage the consequences of an aircraft accident.
Emergency services looked at response to alarm notification, response of fire-fighting and rescue units. Medical response and response of the Government agencies and airport, command and control, crash site security, primary communication and victim and family care were also looked at.
The goals set for the exercise were not designed to signal faults or shortcomings of responding organisations, but to give these organisations a chance to test their emergency procedures so amendments can be made to improve these where necessary.
This exercise was also a familiarisation platform for the responding organisations to get acquainted with the airport and its emergency plan and procedures.
Many spectators, who had no idea what was going on, swarmed the airport’s fence with concerned looks on their faces. Police had to inform them that it was just a drill. 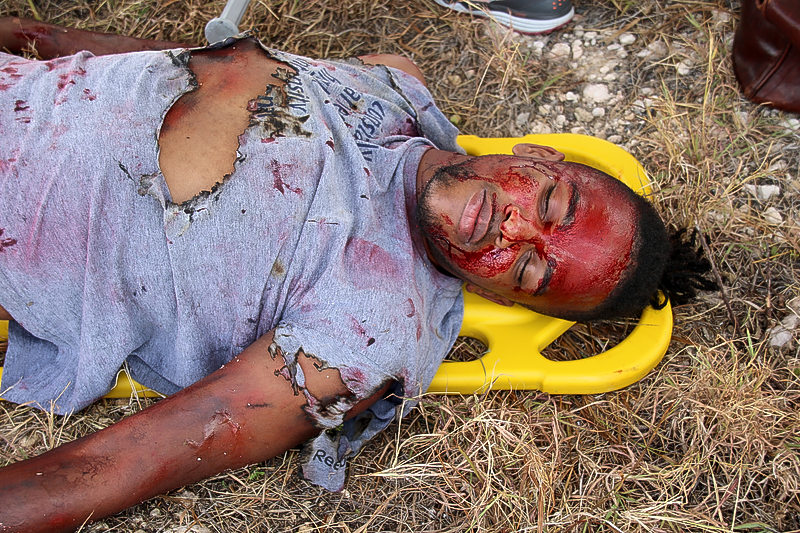