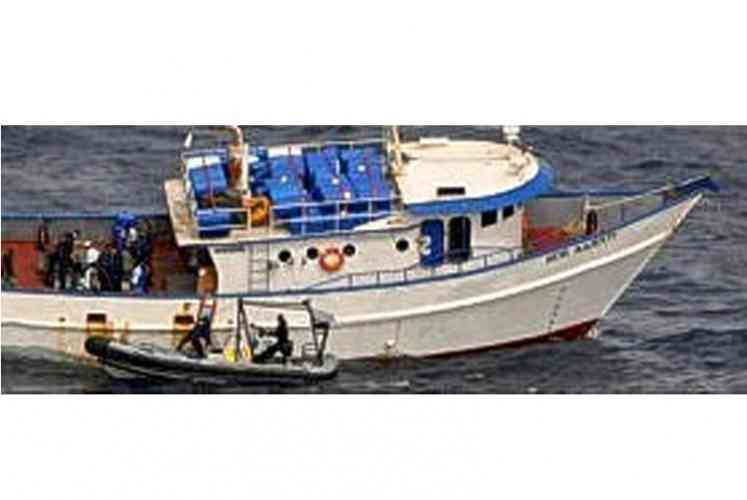 THE HAGUE–Member of the Second Chamber of the Dutch Parliament Ronald van Raak of the Socialist Party (SP) wants clarity from the Dutch Government about reports that large quantities of Venezuela gold are being smuggled to Aruba and Curaçao with the blessing of the Venezuelan armed forces.

Several Dutch media outlets, NPO Radio 1, and the newspapers NRC Handelsblad and Trouw, reported over the past few days on the large-scale illegal smuggling of gold from Venezuela to Aruba and Curaçao, with the full knowledge of the Venezuelan military forces.

According to Dutch environmental and crime researcher Bram Ebus, who researched illegal gold delving in the southern part of Venezuela, there are strong indications that several thousand kilos of gold per month is smuggled from Venezuela to the Dutch Caribbean islands. The research was published on the international environmental journalism platform Mongabay on Monday.

Ebus, who based his information largely on a former Venezuelan general, other involved sources and his own observations, said dozens of aircraft were used which flew 24 hours a day under the protection of the Venezuelan military forces, which earn a lot of money with these illegal activities. The militaries ensure that the flights take place unnoticed.

Ebus’ research, financed by the Pulitzer Centre on Crisis Reporting, focused on the consequences of illegal mining at Arco Minero where, with the blessings of local authorities, large areas of jungle are destroyed. “It is a public secret that the gold delved at Arco Minero gets smuggled to the Caribbean,” he told Trouw newspaper.

The illegal gold, an estimated 80 per cent of the total amount that is mined, finds its way to the global market through Curaçao and Aruba, which is much more lucrative than putting the gold on the Venezuela market. The gold and other precious minerals are often melted or turned into jewelry in Venezuela and then transported to the islands where the jewelry is sold through the legal channels, ending up on the global market.

Ebus said that experts and involved persons have stated that the military forces ensure that the daily flights between the illegal gold mines and the Caribbean islands are taken off the radar so they become untraceable. Further research will have to shed light on the true size and routes of the smuggling of gold and other precious minerals.

According to figures stated in the Trouw article of Monday, Curaçao exported more than 440 million euros in gold in 2015. Representing 33 per cent of the total export of goods and services, gold is Curaçao’s second largest export product after refined oil.

The revelations are distinct in light of the conflict between Venezuela and the Dutch Caribbean islands Aruba, Bonaire and Curaçao, the ABC islands. It is the alleged smuggling of gold and other precious minerals, but also food items and fuel, to Curaçao and Aruba that caused Venezuela President Nicolás Maduro to close the air and sea border between his country and the islands last week. According to Maduro, the smuggling to the islands is to blame for the shortages in his country.

Van Raak submitted written questions to Dutch State Secretary of Home Affairs and Kingdom Relations Raymond Knops over the weekend. Van Raak wanted to know whether the media reports about the large-scale gold smuggling from Venezuela to the islands were true, and if so, why this information had not been released before.

Van Raak also asked about the gold export figures of Curaçao. “Does this smuggling also indicate the large export of gold from Curaçao? If not, where does Curaçao obtain all this gold from?” He further wanted to know if it was correct that Aruba and Curaçao had an infrastructure to launder this illegal gold, and which financial companies were involved. “Why was this never ascertained by accountancy firms like KPMG?”

He asked what authorities in Aruba and Curaçao were responsible for exercising control on the smuggling and laundering of illegal gold from Venezuela. “Why hasn’t this happened? Does this illegal trade also take place in Bonaire and who is responsible for the supervision on and the combat of this crime?”