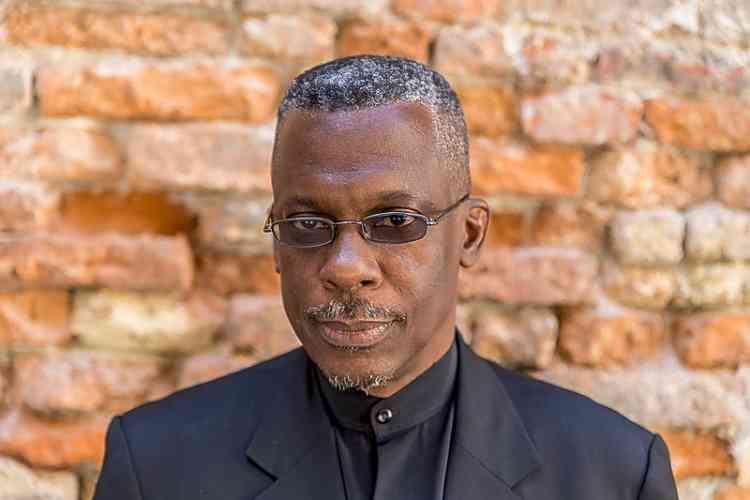 Sekou will recite from his books of poetry and fiction, starting with his first book from 1978, and from his upcoming Hurricane Irma collection, said Jacqueline Sample at House of Nehesi Publishers (HNP).

“Lasana’s monologue ‘Great Grandmother T’ will be dramatized by leading choreographer and singer Clara Reyes and National Institute of Arts (NIA) will perform some of his poems as dance theatre,” said President of Conscious Lyrics Foundation (CLF) Shujah Reiph.

“Lasana has performed on five continents. His poetry and short stories are studied in universities in the Caribbean, Venezuela, Mexico, the United States, Canada, and in Europe,” said Reiph.

“Critics compare Lasana Sekou to Kamau Brathwaite, Dylan Thomas, LKJ, and E.E. Cummings. Fabian Badejo and Harvard scholar Abiola Irele compare his work to Aimé Césaire’s. But I still think that when he gives the rare solo reading of his work at home, it’s in St. Maarten where he puts most of his heart and soul,” said Reiph.

Proceeds from the ticket sales will be contributed to HNP’s upcoming book of Hurricane Irma poems and the 17th annual St. Martin Book Fair 2019.