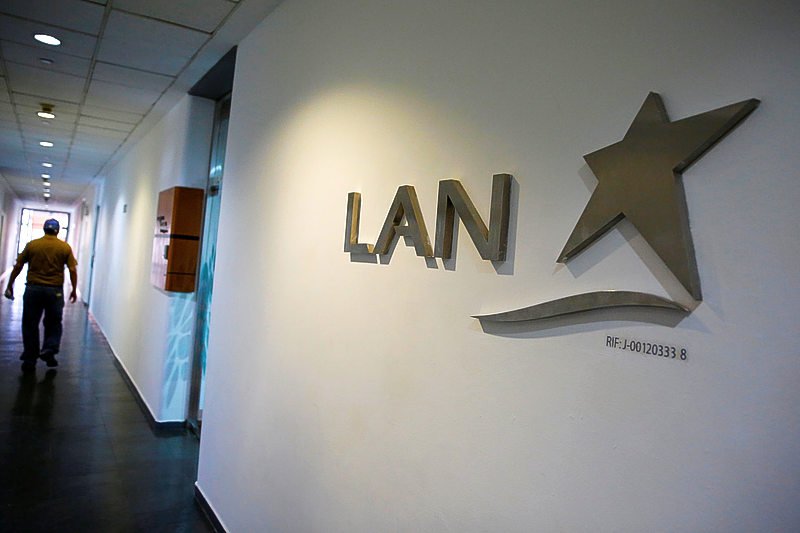 SANTIAGO–LATAM Airlines on Monday became the latest carrier to suspend its operations in Venezuela, blaming “the current complex economic scenario in the region.”

International airlines have struggled for years to repatriate revenue held in Venezuela’s local bolivar currency, as the cash-strapped government failed to convert it to hard currency amid tight exchange controls. The government is holding about $3.8 billion in airline funds belonging to 24 carriers, according to the International Air Transport Association industry group.
Many airlines now require passengers to pay fares in hard currency, but a deep recession and rocketing inflation has put foreign travel out of many Venezuelans’ reach. “LATAM Airlines will suspend temporarily and for an undefined time its operations to Caracas airport,” the Chile-based company said in a statement.
Flights between Sao Paulo and Caracas will stop at the end of May, and those from Santiago and Lima will end in July, said the company, which is Latin America’s largest airline. It said it would work to restart operations “as soon as conditions permitted.”
A LATAM Airlines spokesman said it had around $3 million tied up in Venezuela.
Over the weekend, Germany’s Deutsche Lufthansa AG also said it was halting Caracas-bound operations and was owed more than $100 million in ticket revenue. Aerolineas Argentinas, which has already cut frequencies from Buenos Aires to twice weekly from seven times, said Monday: “We are monitoring the situation around this route closely.”
Many carriers have reduced their flights to Venezuela over the last couple of years. Alitalia, Air Canada and Gol have suspended all operations there.
American Airlines reinstated a route to New York in December but axed it again just three months later due to low demand. It still flies to Miami.
Others still operating include Air France, United and Iberia, which all said on Monday that they were maintaining their Caracas schedules. International Air Transport Association Chief Executive Officer Tony Tyler warned in March that the few remaining airlines still operating in Venezuela “may throw in the towel”.
Economic woes in the region have been spurring LATAM Airlines to shift flights away from struggling areas like Brazil and Venezuela toward places like still-growing Peru. The company had already reduced flights to Caracas, and a spokesman said the just-suspended routes made up less than 1 percent of its overall operations.