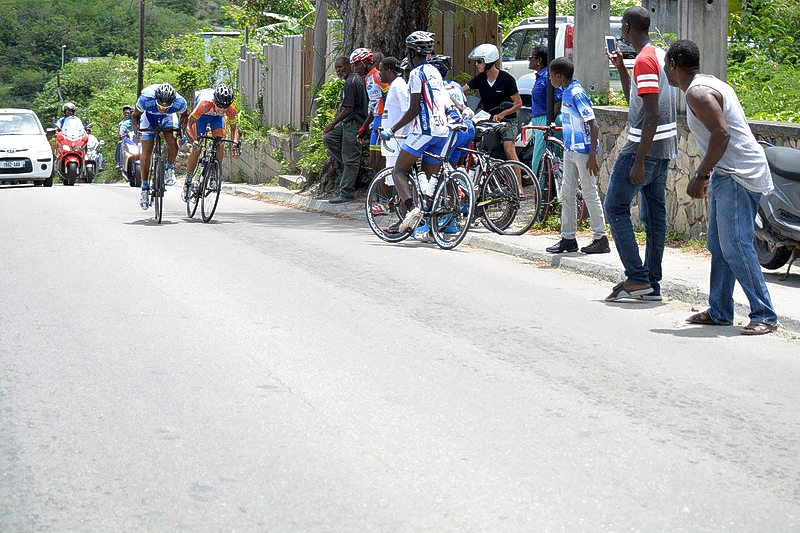 Seniors, Juniors and cadets rode together. Seniors and Juniors completed 11 laps of the course and Cadets nine.

Laud just managed to nudge his front wheel in front of Clerc’s as both lunged for the line in a classic photo finish worthy of the Tour de France. The image was captured perfectly by photographer Debi Hyman.

Adelio Brooks in the selection team sealed victory in the Cadet’s category ahead of Noel Kianny (ASM) and Kenrick Cozier (selection).

The racing in the morning was marred by an accident that sent Dedou Benitez to hospital. Benitez was taken out by a group of youths who recklessly passed the riders on scooters, knocking Benitez to the ground and reportedly continued on their way without stopping.

He was taken to hospital but released later in the day. It was not clear what injuries he sustained in the fall.

St. Martin’s cadet selection is due to be presented this Friday evening at the Cycling Committee headquarters in Grand Case.