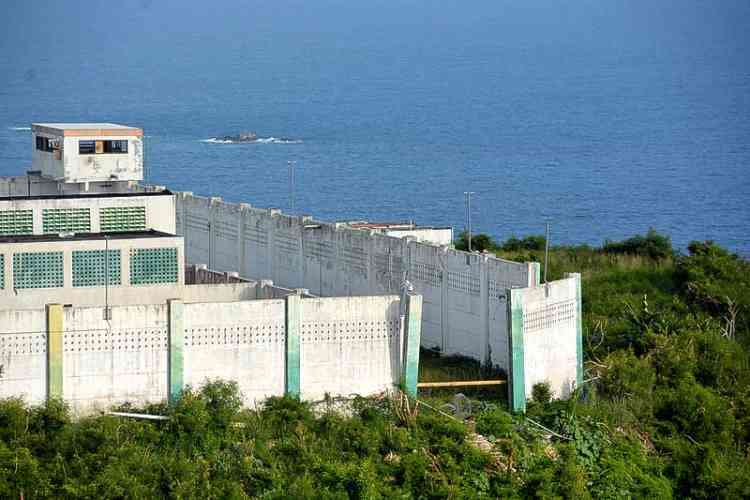 ~ Future of the detention facilities hanging by thread ~

PHILIPSBURG–In its latest two reports regarding the detention facilities in St. Maarten, the Law Enforcement Council has reviewed the current situation at the Pointe Blanche detention facility and remand centre, based on earlier observations and recommendations made in respectively 2013, 2014, 2016 and 2017.

In a press release on Friday, the council stated that after devastating conclusions in the 2016 and 2017 reports, the Council deemed that the downward spiral would soon need to be reversed, as the situation was at an all-time low. In 2018 it is sadly concluded that, contrary to earlier promises made, the situation has aggravated even further.

“The council realises that the deteriorating circumstances are explained by the damage caused by Hurricanes Irma and Maria and even though current management has been able to make some improvements, the challenge it is up against today is unreal. Structural factors that need to be addressed thoroughly have not received attention from those responsible to facilitate improvement.

“The Council openly asks the question how this is possible within the framework of monitoring, control, supervision and safeguards, and has pointed out that government as a whole has a responsibility in this, while pointing the finger at merely the Justice Department is not justified.

“In addition, the safeguarding of the protection of human rights is a responsibility of the Kingdom government. The answer to the question is that the constitutional system appears not to be functioning,” stated the council on Friday.

Various external organisations have assessed the conditions in the Pointe Blanche prison and remand centre in St. Maarten since 2007. All reports revealed (severe) shortcomings. Recommendations for improvement have been made on several occasions. The Law Enforcement Council has performed inspections since 2013.

The Council had already expressed its serious concerns about the deteriorating developments in the Pointe Blanche prison in two reports at the end of 2014. Incidents such as the escape of a prisoner and the murder of a prisoner were clear indications that the situation to be encountered would not be one for optimism.

In September 2016, the Council announced threefold inspections of the prison and remand centre to be conducted in 2016 and 2017. This was done at the request of the Ministers of Justice of the Kingdom (JVO) and in connection with the monitoring of the recommendations of the European Committee for the Prevention of Torture and Inhuman or Degrading Treatment or Punishment CPT-committee/CPT).

The council included the recommendations made by the CPT as part of the standards in the inspections. The threefold inspections were based on internationally accepted general standards and divided into six aspects: Legal status of prisoners and Personnel and Organisation (report 1; 2016), internal security and safety of society (report 2; 2017) and treatment of detainees and social reintegration (report 3; 2017). All reports contain numerous recommendations.

The findings and conclusions in all review reports are equally grave. The council indicates that the problem is so serious that it exceeds all acceptability of minimum standards. Although the council assumed that the prison had hit rock bottom early 2017, the situation in 2018 is even worse.

Partly as a result of the forces of nature in September 2017 (Hurricanes Irma and Maria), the Council was led to conclude that, in the context of the deplorable situation already observed in 2016, no substantial changes were initiated. In addition, the prison was and is was not prepared at all for the prevention and management of calamities and, given the state of security provisions and supervision, there are unjustified risks to society.

The council also points to the large and unacceptable risks to society when the detainees are released. At the moment, there is no resocialisation at all. According to the council, the fact that some of the detainees are temporarily placed abroad prevents the situation from getting even worse. However, the council emphasises that this is an extraordinary and temporary situation and stresses that a structural solution must be provided.

Considering the overall state of the prison and the consequences thereof in daily practice, the council must conclude that the prison is currently inadequate for detention as well as a workplace. The council therefore urges the responsible parties to take the much-needed decisions and implement structural measures.

The council also sees an active role for the possibilities within the Kingdom. Neither the prison nor the Ministry of Justice nor the country St. Maarten can solve the complex problems on their own. In the meantime, the council has learned that the Ministry of Justice is working on new plans of approach for the reconstruction and renovation of the prison, as well as plans for staff, resocialisation, alternative penalties and, in general, an improved regime.

There have been several plans of approach (2010, 2014, 2016, 2017) which have not been carried out or have been only partially implemented. The limited renovation work from 2014 has already been tampered with or destroyed.

Taking this into account, the council is reluctant with its optimism about the plans. However, to find a solution, these plans are the only thing left on which to put hope.  Likewise, the situation of reconstruction lends itself to granting the government of St. Maarten, the Minister of Justice in particular, the benefit of the doubt.

The council will continue to monitor the implementation and continuity of the plans. However, if no significant progress is made, the council’s mechanism for inspections and making recommendations will become exhausted.

The council concludes by saying it is aware that the findings and conclusions of the various reports are mostly negative, but it does not want to let it go unnoticed that some of the staff show up at work every day despite the extremely unsafe working conditions. The Council expresses its appreciation for that.

All reports can be found on