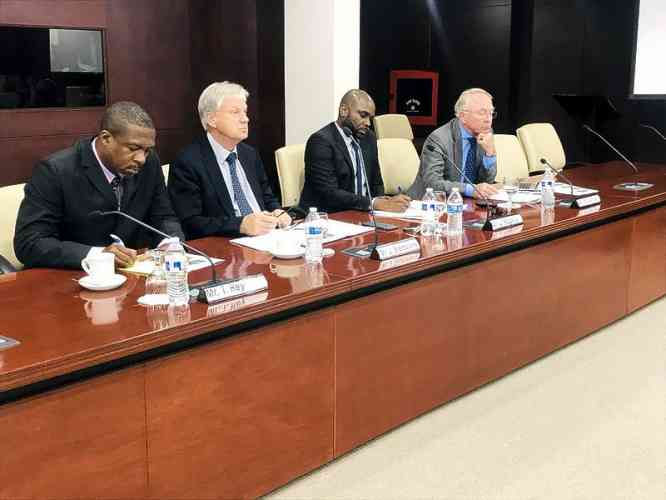 PHILIPSBURG–The Law Enforcement Council presented its latest report regarding the Police Force and the Pointe Blanche prison to Members of Parliament’s Central Committee on Wednesday.

The Law Enforcement Council has reviewed the current situation at the detention facility and remand centre, based on earlier observations and recommendations made in 2013, 2014, 2016 and 2017.

Members of Parliament (MPs) were told by the council that after devastating conclusions in the 2016 and 2017 reports, the council deemed that the downward spiral would soon need to be reversed, as the situation was at an all-time low. In 2018, it is sadly concluded that, contrary to earlier promises made, the situation has aggravated even further.

MPs asked the council a number of questions, but were told by the council members that they should direct their questions to the Minister of Justice.

The council realises that the deteriorating circumstances are explained by the damage caused by Hurricanes Irma and Maria and even though current management has been able to make some improvements, the challenge it is up against today is unreal. Structural factors that need to be addressed thoroughly have not received attention from those responsible to facilitate improvement.

The Police Force manpower continues to be a focus point for the Law Enforcement Council. Police were able to implement some of the council’s suggestions, but still have much work to improve their organisation.