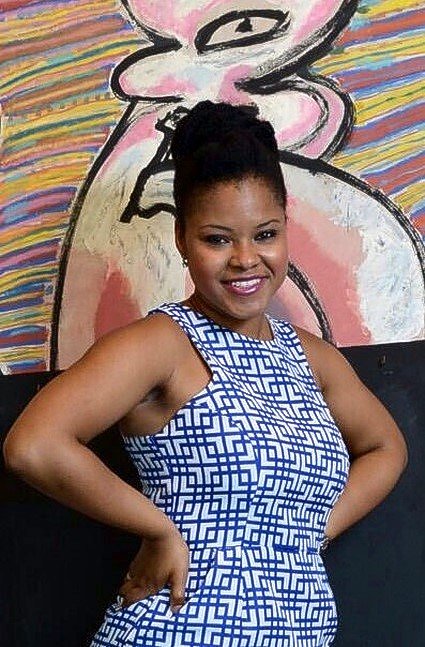 PHILIPSBURG–Attorney-at-law Sjamira Roseburg of Sulvaran and Peterson law firm issued a statement on Sunday claiming that police had decided to take DNA of a minor without giving him the opportunity to consult with her, as his lawyer, or with his guardian.

According to the police, the minor said he had no problem giving his DNA.
“When I heard about this matter, I became upset and was astounded. This is another case in which the police are trying to make their own rules,” Roseburg stated.
“On June 27, police contacted the minor, who is currently detained at Miss Lalie Centre and asked him about the DNA. When police came for him, he asked several times to talk to his lawyer first, but I was never called. This is a violation of his rights and will be mentioned when it goes to court,” she wrote in an e-mail to The Daily Herald to provide more details about the particular case.
The books of criminal law are very clear: the law requires a minor to have a lawyer or guardian present during every interrogation and every matter that has to do with his or her case, Roseburg pointed out. The police have to inform the minor about this at all times.
A minor has a very vulnerable position within criminal law and, because of that, it is very important that a lawyer is present during every interrogation.
“We should not forget that children are very sensitive, which makes it likely that a child can feel pressured by the police and wrongfully confess. A lawyer will be able to make sure that the legal rights of the minor are protected. That’s why it’s incomprehensible that a minor is left to decide about giving DNA and fully understands what this means, when even some adults don’t even know what DNA is,” said Roseburg.
DNA stands for deoxyribonucleic acid. A DNA profile is an individual’s unique set of DNA markers. This makes DNA very personal.
Roseburg said, “By giving your DNA it can be investigated, for example, if your DNA was at a crime scene. If this is the case, it doesn’t automatically mean you’re guilty, but you’ll have to give an explanation on how it is possible that your DNA was found there.
“A lot of times police use the excuse that you have nothing to hide, so you can give your DNA. We have to understand that, not because you have nothing to hide, it means that you have to give your DNA. DNA is something personal and will be saved in the database.
“If you don’t give permission to give your DNA as an adult or minor (after consulting with a lawyer or guardian) then the Judge of Instruction has to take the decision concerning the DNA.”
The Judge of Instruction has to decide per case whether is necessary to take a DNA sample in the interest of the investigation. It also has to be determined whether conducting such information is proportional and in adherence to the subsidiary. Especially with minors the proportionality and subsidiary test before taking a DNA sample is important.
Because the police approached the minor via the telephone, this test by the Judge of Instruction never took place, stated Roseburg.
“I am encouraging a change in the DNA law. The current law for DNA sampling and processing doesn’t take the sensitive position of minors into account. The same applies to their unique position within juvenile law and the protection that is granted to them according to the children’s rights treaty.”
The DNA law contradicts this treaty, which states that the interest of the child is meant to be put first and that minors are entitled to their own trial system, pedagogical treatment, privacy and prevention of stigmatisation.
The European Court of Human Rights (EHRM) is very clear: Taking cell material in the form of a cheek swab, storing this material and making a DNA profile lead to an infringement of privacy, unless such infringement can be justified under Art. 8 paragraph 2 of the EHRM.
“I am aware of the fact that it is the police’s job to find evidence in each case. However, this should be done within the rules of the law system. As lawyers, it is our job to remain sharp and make sure that the interests of all clients, but especially those of minors are guaranteed.
“I believe now is the time that we, as the people of St. Maarten, know our rights within the (criminal) law system. That is why my goal is to keep on informing the community of St. Maarten,” Roseburg concluded in her press statement.