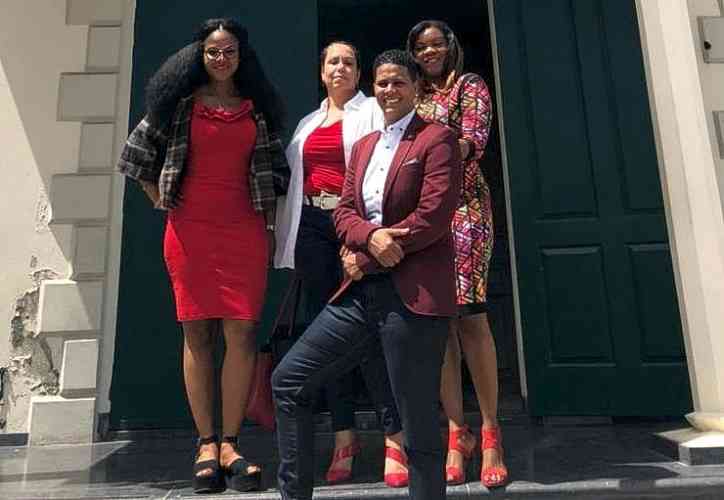 PHILIPSBURG–The appeals against attorney-at-law Brenda Brooks’ conviction of bribery charges, will most likely be heard by the Joint Court of Justice in October, it was said Thursday.

On May 30, 2018, the Court of First Instance sentenced the lawyer to six months suspended, on two years’ probation, and an unconditional fine of NAf. 10,000 for bribery of an Immigration officer at Princess Juliana International Airport in July 2016.

The Prosecutor’s Office had requested that the Court sentence the lawyer to six months’ unconditional imprisonment for bribery and inciting an Immigration official to abuse her position. The Court, however, only found bribery proven.

After the sentence was pronounced, Brooks immediately filed for appeal. “I disagree with the conviction of bribery. I never had the intention to bribe anyone,” she told the Appeals Court Judges on Thursday. The Prosecutor’s Office had also filed for appeal as it is in disagreement with the punishment.

On April 23, 2016, an investigation into alleged malpractice among five members of the Immigration and Border Protection Service (IBPS) started under the name “Ostrich.” The investigation resulted, in August 2017, in the Court meting out a prison sentence of 20 months and a five-year ban on working within the civil service against the 37-year-old main suspect.

All five officers were suspected of human trafficking, bribery, accepting bribes and abusing their authority as civil servants, and were also charged with membership in a criminal organisation.

After extensive research into various parties involved, attorney Brooks also came into the picture as a suspect of bribery. In WhatsApp conversations, Brooks asked an Immigration officer whether she could do anything to allow two employees of insurance company NAGICO, of which Brooks was a member of the Board of Trustees, to travel into the country without any problems. Brooks did not want these two persons to be unnecessarily asked for their papers.

One WhatsApp conversation ended in the bribery of an Immigration officer who was offered US $200 to ensure that these people would be allowed to enter St. Maarten.

The deal, however, was not closed as the officer in question requested more money – $600 – in exchange for her “services.”

The Court of First Instance stated in the verdict it was very “unlikely” that Brooks, as she had said, had only offered the sum of money because she was “shocked” that an Immigration official had attempted to bribe her and that she had wanted to conduct further investigations.

The Judge said that Brooks had failed to report the incident to the Police. Furthermore, she had told one of the co-suspects “Tell her [an Immigration officer – Ed.] I gonna fix her up.” And two minutes later she sent a WhatsApp message reading, “So tell her I will give you both 200 bucks each.”

In making promises of such a nature, Brooks could have corrupted the civil service and had endangered the proper functioning of the Immigration Service, which, according to the Court, has been a major concern in St. Maarten “for some time already.”

Although the defendant is a criminal lawyer – among other duties – and should have known better, the Court did not impose an unconditional prison sentence, partly in view of the acquittal of the other charges.

As Brooks is no longer a member of NAGICO’s Board of Trustees, the Court did not deem it necessary to impose a five-year ban on holding a seat on the Board.

The Joint Court did not immediately set a date for the appeal hearing during Thursday’s brief pro-forma hearing. The appeals will be heard after the summer recess, most likely in October.