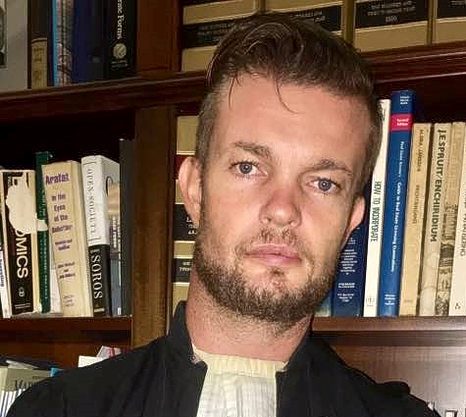 PHILIPSBURG–Attorney-at-law Geert Hatzmann has filed an injunction against Country St. Maarten and the Minister of Justice to obtain payment of damages awarded by the Court to two victims of crimes, who have been awarded damages in the framework of a criminal case.

The lawyer made this move regarding a Joint Court ruling of July 11, in which Rolandito O.N. Richardson was sentenced to 12 years for the rape and robbery of a 62-year-old woman, for raping a 19-year-old woman and mistreatment of a 66-year-old woman.
In its ruling, the Joint Court awarded damages of NAf. 15,000 each to two of Hatzmann’s clients for immaterial damages.
Richardson, who in 2009 has been convicted of rape and sent to jail for eight years in Anguilla, is absolutely without any means. Consequently, it is certain he will not be able to pay damages to Hatzmann’s clients. Therefore, the lawyer turned to Minister of Justice Rafael Boasman in August, writing him a letter in which he called for the establishment of a fund for crime victims.
According to the lawyer, it would be better if the Minister of Justice pays damages to the victim first and then claim the money involved with the perpetrator, “how difficult this may often be.”
He said this procedure is already common practice in the Netherlands since 1975. From 2018, victims of violent crimes in Bonaire, St. Eustatius and Saba may also appeal to this fund, which is managed by the Dutch Ministry of Security and Justice.
As his letter to the Minister remained unanswered, Hatzmann decided to bring the case to the Court’s attention.
According to Hatzmann, his clients’ quests for the payment of damages is rather desperate.
“Also in future we cannot have any illusions. For starters, Richardson will not be having a job for the next eight years, as this is the minimum prison term he will at least have to spend. Therefore, he cannot have an income to at least start paying damages,” Hatzmann explained.
Hatzmann said it is obvious that employers will not be waiting in line to give the “violent sex offender” a job.
He said he had formally asked Richardson’s lawyer on two occasions when his client will pay the damages awarded to his clients, “but in fact it is already certain that there will not be any payment,” Hatzmann said.
This way the damages awarded by the Joint Court may turn into a Pyrrhus victory for Hatzmann’s clients, who are now under threat of becoming victims for a second time. “For me this outcome would not only be extremely dissatisfying, but also totally unacceptable,” said Hatzmann.
The lawyer explained there are two reasons for his “urgent appeal” to the Minister of Justice and for the injunction. “First of all, it is the explicit wish of the lawmaker in the new Penal Code to pay more attention to the victim in criminal cases and to reinforce his position.”
This means that Government has the obligation to ensure that crime victims receive compensation. “It cannot be that the casual circumstance that a perpetrator has money or not decides whether a victim gets retribution or not,” Hatzmann said.
He said it is “high time” for St. Maarten, which is “rattled” by heavy and violent crimes, to establish a fund for victims. “Crime victims who do not receive retribution are unable to turn this black page in their lives and keep struggling with heavy emotions of grief, pain and anger.”
He said it is known that crimes are usually committed by members of society with little financial means.
Considering all this, he finds it “totally incomprehensible” that St. Maarten has not established a fund for victims to date. According to the lawyer, this is a “serious shortcoming” in Government’s obligation to take care of victims of heavy crime, causing them to be traumatised for years.
“My clients cannot accept that Richardson is not paying one cent and can get away with it unpunished.” Hatzmann, therefore, called upon Country St. Maarten and the Minister of Justice to make Richardson pay.
The lawyer called upon the Court to order the defendants to pay his clients NAf. 15,000 each. In case of non-compliance, they should pay his client’s NAf. 1,000 per day, until a maximum of NAf. 50,000, the lawyer stated in his request. It is not yet known when the Court will be hearing this case.