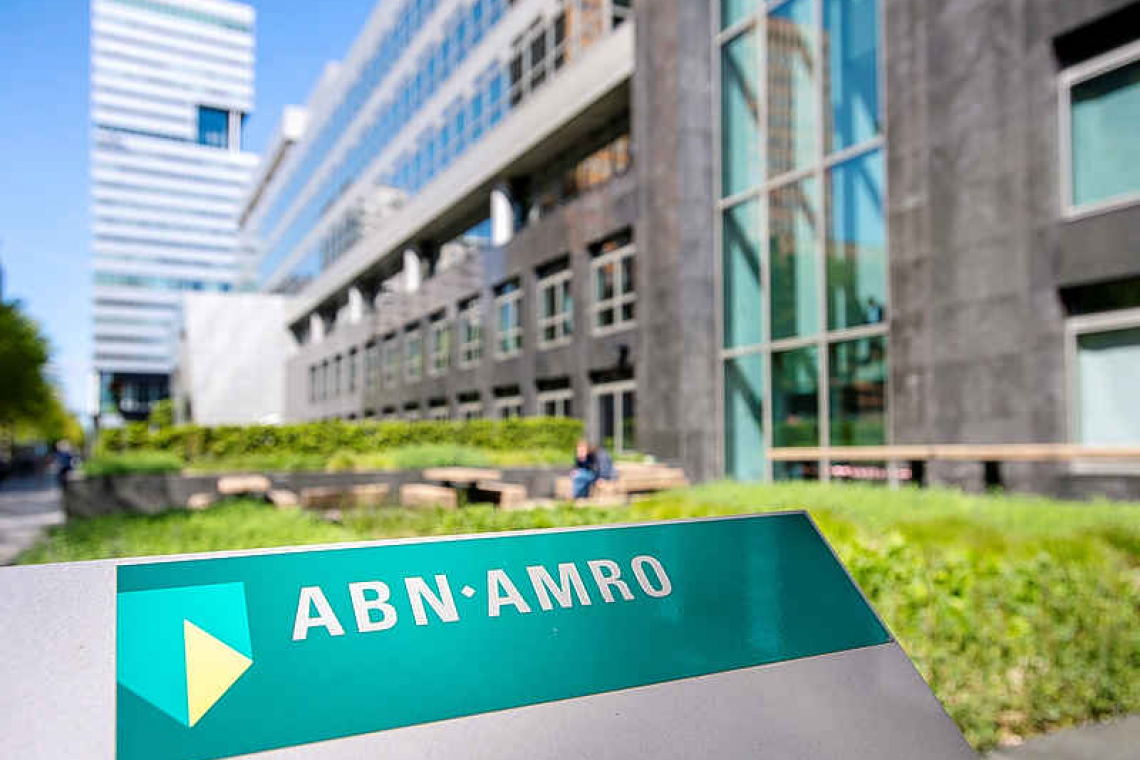 The ABN AMRO logo is seen at the headquarters in Amsterdam, the Netherlands. (Reuters/Piroschka van de Wouw file photo)

THE HAGUE–Attorney-at-law Roeland Zwanikken at St. Maarten’s BZSE law office is considering legal action against the intention of the Dutch ABN AMRO Bank to close the bank accounts of its clients in the Dutch Caribbean.

In 2016, ABN started to inform about 15,000 of its in total five million private clients with the request to terminate their banking relationship. It concerns clients residing outside the European Economic Area (EEA), with the exception of expats who make use of the bank’s services in the Netherlands. The Dutch Caribbean is not part of the EEA, even though the islands are overseas countries and territories (OCTs) of the European Union.

Much to his chagrin, Zwanikken was among residents in the Dutch Caribbean who received a letter in January 2021 in which ABN informed him of its intention to terminate its banking relationship with him as per July 20, 2021, and to close his private and savings accounts and an account for his underage daughter who is studying in the Netherlands. This would effectively shut out Zwanikken and other clients in the Dutch Caribbean from banking in the Netherlands and from the use of credit cards connected with these accounts.

Zwanikken is very upset about this and is seeking redress with the District Court in Amsterdam, the Netherlands. In the legal proceedings to be instituted Zwanikken will be calling upon the court to order ABN to continue providing banking services to Zwanikken and his daughter, including the use of bank accounts and debit and credit cards, for an indefinite period of time and to forbid the bank to close down any accounts and to block the use of bank cards.

The court will be requested to attach daily penalties of 1,000 euros for each day that it fails to comply with the order to be issued, and a penalty of 100,000 euros if it contravenes the prohibition. ABN should also be ordered to pay the legal costs of these proceedings, according to the lawyer.

“Between the lines, it can be read that in the bank’s view some clients living abroad do not yield enough and that this is the real reason that ABN wants to get rid of these customers. The bank apparently considers these same loyal customers who have been banking with ABN for decades to be of less importance,” the lawyer says.

The bank gives three specific reasons for terminating its relationship with foreign account holders. Strict laws would apply to serve customers abroad. In addition, according to the bank, this would entail more and more risk. The cost would also keep increasing, while the number of customers would actually decrease.

There are strict laws that aim to prevent financial service providers from becoming involved in money-laundering and terrorist-financing, but these laws apply in almost all countries, including the Netherlands and St. Maarten, and are based on Financial Action Task Force (FATF) guidelines.

Zwanikken disputes that serving customers in St. Maarten is riskier than working with Dutch customers, or customers from Aruba, Bhutan, Kiribati and Palau, who are allowed to hold their accounts.

According to the St. Maarten-based lawyer, ABN is acting “completely arbitrarily,” as the FATF as well as the European Union (EU) are not labelling St. Maarten a “high-risk country or a jurisdiction under increased monitoring” or a risk country for money-laundering or financing of terrorism.

Based on EU laws and the Financial Supervision Law, Zwanikken is entitled to access the banking system in the Netherlands, and in any case has the right to maintain a basic payment account with a Dutch bank. That is why, according to him, ABN does not have the right to terminate the banking relationship.

“Under the EU Payment Directive, all Dutch citizens – wherever they live – are entitled to a basic payment account at a bank in the EU, including in the Netherlands. They should not be denied that right just because they live outside the EU.”

Without taking any notice of the legitimate interests of St. Maarten account holders, ABN wants to eliminate them from its customer base. “This pure arbitrariness is unreasonable, careless and, therefore, unlawful. This also means that the cancellation is not legally valid,” according to Zwanikken.

In the meantime, ABN AMRO Bank has temporarily halted the process to inform its clients in the Dutch Caribbean of its intention to close their bank accounts pending the handling of an initiative law proposal that would make it possible for all persons with the Dutch nationality to have a Dutch bank account, even if they live outside the EU.