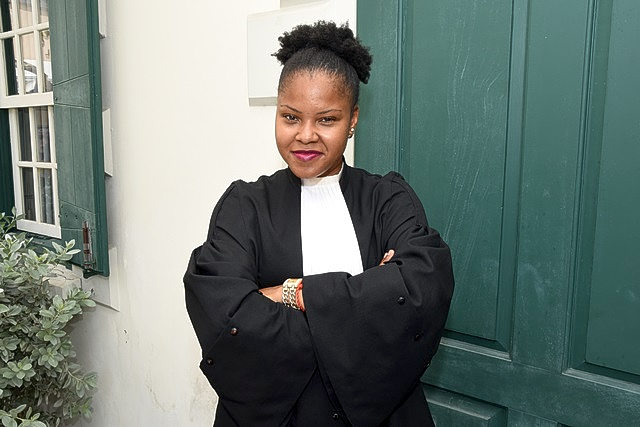 POINTE BLANCHE–Two prison guards at the Pointe Blanche prison were attacked by inmates on Friday while on duty and one of the guards was hospitalised due to severe injuries. The reason behind the attack remains unknown.

Lawyer Sjamira Roseburg of Sulvaran and Peterson law firm sounded the alarm again by calling on Government to take immediate action to safeguard inmates and guards at the country’s prison.

In a statement to The Daily Herald, Roseburg said on February 28 that the Inmates Association stood in court, screaming for help. The inmates started a case against the Government of St. Maarten to stop the structural violation of human rights. The court will settle this injunction case on Friday, March 31.

“Last Friday things got heated again in the correctional facility. A fight broke out where this time also guards were injured. How is it possible that a correctional facility that’s housing 120 male inmates only has 4 guards on the work floor? Apparently, the request on behalf of the Inmates Association to the Court of First Instance wasn’t clear enough for the Ministry of Justice, because a 3-month-long period of normalisation is still required,” said Roseburg.

“Hard-working people who make an honest living aren’t assured of going home safely after their daily shifts. Spouses and innocent children aren’t at ease because they aren’t assured that their husband or wife, mommy or daddy, will come home safely.”

“Is the Ministry of Justice planning to postpone the plans, or to stretch them out, or to pretend as if this problem really isn’t a big deal? Waiting on a three-month-long normalisation process is not an option. Action needs to be taken now: enough is enough. Hopefully, soon more clarity will arise for the benefit of the jailhouse, the inmates and the guards. Binding measures need to be taken so the rest and safety can be restored for the inmates and everyone else involved,” the lawyer stated.

Roseburg also sounded the alarm of a possible industrial action by the guards because there is no one who can guarantee their safety.