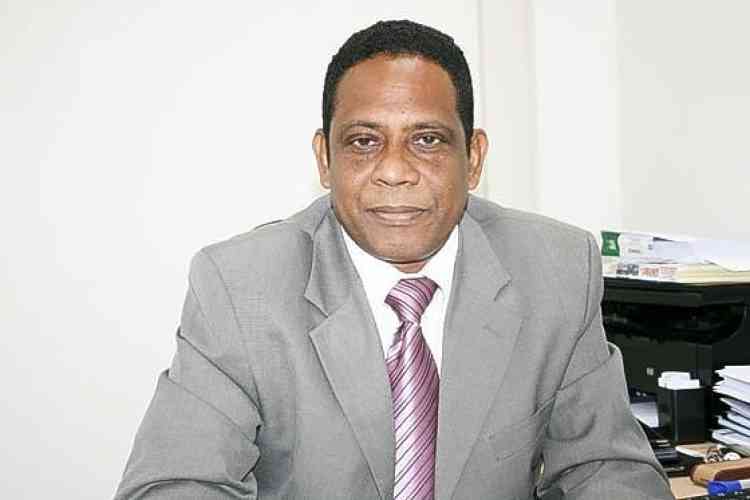 PHILIPSBURG–Former Director of Immigration and Border Protection (IBP) Service Udo Aron (57) and policy advisor E.L.A.H. (39) stood trial Wednesday on charges of human-smuggling, forgery and dereliction of their duty as civil servants in the so-called “Robalo” case.

The Prosecutor’s Office found both men guilty as charged, and called for a prison sentence of 18 months, six were to be suspended on three years’ probation for Aron.

In E.L.A.H.’s case the Prosecutor called for six months suspended with three years’ probation, and 240 hours of community service. Both should also be banned from the civil service for a period of five years, if it were up to the Prosecutor’s Office.

The defendants denied that they have acted unlawfully. They were charged with allowing several persons illegal entry into and transit through St. Maarten with the use of so-called “Decisions to Allow Entry,” (DTAEs) between March 18, 2016 and May 5, 2016, which is in violation of the National Ordinance Admittance and Expulsion LTU.

The two were also charged with the forgery of documents including DTAEs, travel- and identification documents in April 2016.

These documents included forged statements indicating that the Minister of Justice gave permission to travellers to enter and/or be in transit in St. Maarten based on Article 3, Section 2 of the LTU, and that visitors were cleared for entry.

With the creation of the DTAEs, Aron and E.L.A.H. had misused their positions at IBP to “create and maintain” an “extra-legal” visa and admittance system, the Prosecutor’s Office stated in the indictment.

Aron was also charged with the illegal possession of two air-pressure guns which were found during a search of his house on August 10, 2016.

Aron had been IBP’s director since October 1, 2011. His authority to sign documents was lifted from May 13, 2016, after a report was filed concerning his possible involvement in human-smuggling as he had allowed entry to a woman from the Dominican Republic who had no visa for St. Maarten, at Princess Juliana International Airport on May 5, 2016.

He was suspended by then Minister of Justice Edson Kirindongo from June 22, 2016, and was dismissed on August 10, 2016, with his labour agreement terminated as per October 1, 2016.

In the opinion of the Prosecutor’s Office, the DTAEs, – exemptions from the visa requirements – which were signed by the IBP director were “extra-legal” and in violation of laws and regulations.

According to Prosecutors, they were not alone in this point of view as several witnesses, among which were IBP employees, the former Head of Judicial Affairs at the Ministry of General Affairs and former minister of Justice Kirindongo, had stated the same.

The Prosecutor’s Office held it against defendants that in committing the alleged crimes they had undermined the government’s policy of combatting illegal entry and residence in St. Maarten, “That this happened in the sight of several employees of the IBP makes it even worse.”

Where the removal from office was concerned, Prosecutors said that the “self-cleaning capacity” of Country St. Maarten has been subject of discussion in the courtroom before. In this respect, they referred to the fact that government had not taken any legal measures, such as dismissal, against former Head of the Tourist Bureau Regina Labega, who was sentenced by the Court to 12 months suspended and a NAf. 300,000 fine for embezzlement and forgery, and against former police officer Jerry-Lee Valentino Gerardus who received three years for corruption.

“What is more, Mr. Gerardus is still in service at the Cabinet of the Prime Minister and the Minister of Economic Affairs, Tourism, Transport and Telecommunication TEATT said that she would remain employed because she has much experience and is doing a good job,” the Prosecution said.

The Prosecutor’s Office demanded a five-year ban from the civil service for Aron, who in April 2017 was held in pre-trial detention for seven days and policy advisor E.L.A.H., who spent two days in preventive custody, because the department, “from its point of view, also wants to make an integral contribution to an integer St. Maarten Government. If the Prosecutor’s Office did not do this, and did not demand such an additional penalty, we would only do our work halfway,” it was stated.

The lawyers disagreed with the Prosecutor’s Office’s standpoint in their clients’ cases and pleaded for acquittal of all charges for lack of evidence.

Aron’s lawyer Shaira Bommel and her colleague Brenda Brooks, who pleaded on behalf of E.L.A.H., both claimed that former Minister of Justice Roland Duncan had provided Aron with a mandate to use the DTAE or a similar document.

They said the DTAE was already in place prior to Kirindongo’s stint as Minister of Justice, and even before October 10, 2010, albeit under different names, such as “Permission to Allow Entry.”

Duncan, Kirindongo, as well as former Justice Minister Dennis Richardson had been heard as witnesses by an Investigating Judge to provide clarity concerning the crucial question in this case, whether suspects were authorised to issue DTAEs and whether the ministers empowered them to do so.

According to Brooks, Aron’s mandate was not revoked until 2017. She said this case was a “witch hunt” against her client based on Kirindongo’s bias, and stated that E.L.A.H. had always adhered to the rules. “My client is a subordinate and he is innocent,” said Brooks.

She said the drafting of DTAEs was mentioned in her client’s job description. “He had no reason to doubt the information he received from his director,” Brooks said.

“If this method is not correct, all Immigration officials and responsible ministers must be brought to justice, but that has not happened, only my client and his co-defendant were indicted,” the lawyer said.

By contrast, Brooks claimed that her client had never issued any DTAEs or renounced his duty and should be acquitted for lack of evidence.

Aron’s lawyer presented similar pleadings and said that the DTAE was an example of Government’s habit of using “informal and verbal procedures instead of established policy.”

Bommel also expressed her amazement that no former directors of Immigration and ministers of Justice were standing trial in this case.

She claimed that the issuing of DTAEs was under the minister’s jurisdiction and mandated to the IBP director between 2012 and 2017.

Bommel said that the Immigration officers who were heard as witnesses in this case, several of whom were convicted by the Court for their roles in the “Ostrich” investigation, had lied in their statements about the existence of DTAEs “because they had been caught red-handed.”

The Ostrich case involved human trafficking, bribery and abuse of authority as civil servants of the IBP at Princess Juliana International Airport in 2016.

The Court will give its decisions in the Robalo case on April 10.