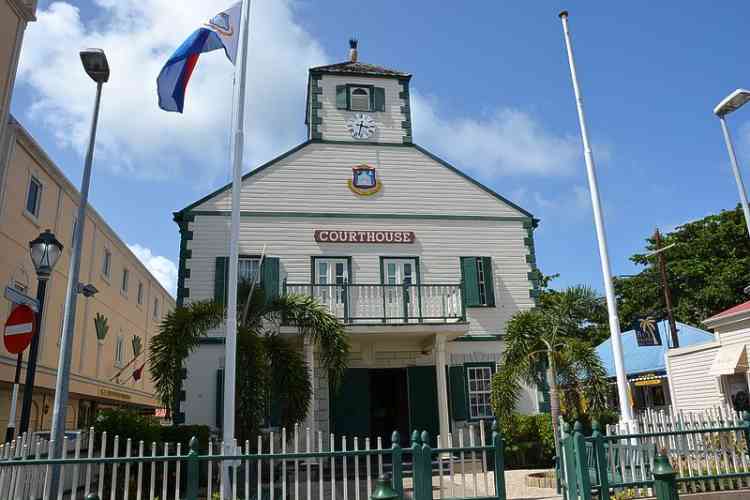 PHILIPSBURG–Ten lawyers filed a complaint with Minister of Justice Cornelius de Weever concerning what they consider the consistent violation of the criminal justice system in St. Maarten.

In the letter, dated February 8, the disgruntled lawyers question the impartiality of the Court and the seeming lack of interest among Appeals Court Judges. The lawyers also wonder why, despite an injunction won by the Pointe Blanche Prison Association in March 2017, nothing seems to happen with the prison and its population.
Stating that the nature of their concerns “clearly place strain or even attack our democracy,” the lawyers are requesting a meeting with the Minister to further discuss these matters.

Among the “atrocities” committed within the criminal justice system in St. Maarten, which affect the rights of persons who are accused of having committed crimes, is the “seamless merger” between Prosecution and the Judge, the lawyers state.

On Monday, February 5, a picture and article appeared on the front page of The Daily Herald showing Judge of Instruction John Schols, Prosecutor Joris Beliën, a Court recorder and three officers of the special anti-corruption taskforce TBO having dinner at Greenhouse restaurant on the evening of January 17.

Stating that in our judicial system judges must maintain “at least the pretence of impartiality, the picture and article support what has been evident for some time, and that is that the distinction and distance between Prosecution and the Judge seems to have disappeared and given way for a seamless merger,” the lawyers said in their letter to the Minister.

According to them, this violates the core pillar of our criminal justice system, which intends to create the environment for a fair trial before an unbiased and impartial judge.
They say the “blatant display” of the close relationship between Prosecutors and Judges is “unheard of…yet in St. Maarten such seems not be an issue.”

The defence lawyers said that the statement by Vice-President of the Joint Court of Justice Mauritz de Kort in this newspaper that the particulars of the Emerald case involving (tax) fraud at St. Maarten Harbour Group of Companies were not discussed over the contested dinner “underscores that any story or lie will be furnished to protect the Prosecution and Judges at the expense of those made victim to a legal system in which all safeguards are set aside for one purpose: to attain conviction.”

The letter writers state that prior to an investigation being completed publicity is sought by the Prosecutor’s Office to tarnish reputations which can never be restored even through an acquittal.

Too often the scheduling of cases and the media seem to be used with the intent to “influence the political scenery” in St. Maarten. “Better yet, influence the manner in which persons within the arena are perceived,” they said.

The criminal lawyers claim that the legal safeguards of their clients are not respected and allege that Joint Court Judges seem without interest, “at times falling asleep,” and most often appearing to have reached a decision prior to hearings, and seem to be in a rush to complete Court sessions to be able to make it to their return flights to Curaçao.

“The latter results in demands to the defence to complete presentations in summary, leaving dissatisfied clients,” the lawyers stated in their letter to the Justice Minister.
They plead for St. Maarten’s own Court of Appeals, as communication with the Curaçao-based Court of Appeals is a “consistent issue” for attorneys.

The signatories to the letter also would like to know what the current short- and long-term plans are for Pointe Blanche Prison. Despite an injunction case won by the Inmates Association in March last year no changes have been made, the lawyers claim.
“Currently, there are about 70 prisoners detained under degrading conditions. Nothing seems to happen with the prison and the inmates. There are prisoners waiting for about a year to visit the dentist or the hospital,” the lawyers said.

Prison management is not willing to communicate with the lawyers and letters sent to the Supervisory Committee remain unanswered, they claim.
The attorneys also want to know from the Minister when the prisoners who have been transported and transferred out of St. Maarten after Hurricane Irma will return.

“Have due considerations and arrangements been made to facilitate said prisoners to complete their sentences in the institutions where they were transferred to? If such arrangement exists can those be shared with us?” the lawyers want to know.