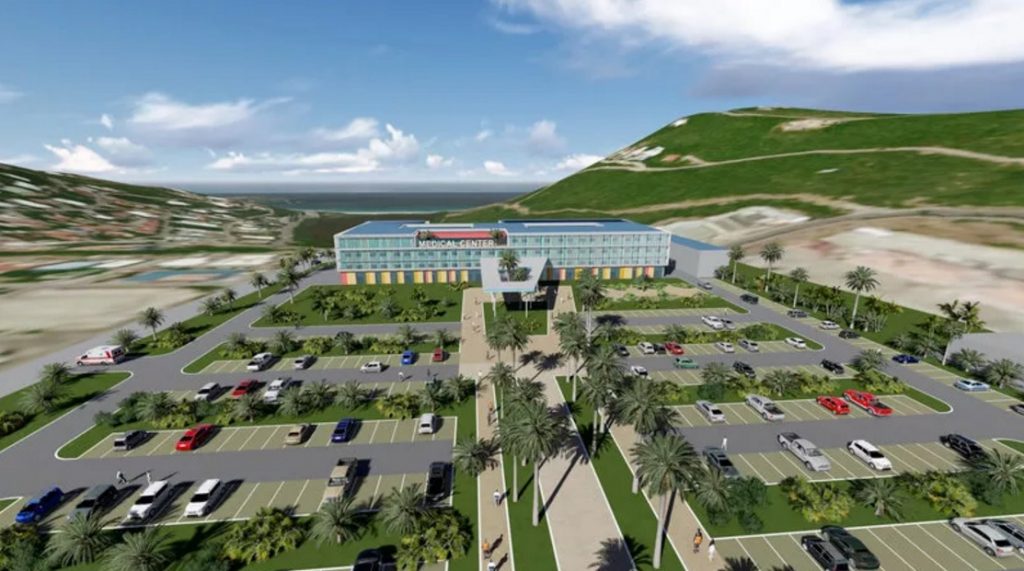 PHILIPSBURG–The Austrian company Vamed has no grounds to invoke an abnormally low tender by its competitor INSO for the construction of the new hospital for St. Maarten. This is the conclusion drawn by two Dutch expert lawyers in procurement law which was published recently in the Dutch legal journal JAAN.

The journal publishes jurisprudence related to Procurement Law. On January 30, it published the ruling of the Court of First Instance of November 25, 2016, regarding the case of Vamed versus Social and Health Insurances SZV.

In its ruling the Court forbids SZV to have INSO build the new hospital. Failure to comply

will result in penalty payments starting at US $1 million to a maximum of $25 million.

In the summary proceedings the Judge found that INSO’s bid is “abnormally low” and that SZV therefore was under the binding obligation to inform Vamed about its objections in this regard before awarding the contract to any of the bidders.

In their commentary, attorneys-at-law Tony van Wijk and Frank Cornelissen of Dirkzwager law office in Arnhem, the Netherlands, refer to the tenet of the abnormally low tender in procurement law.

“According to established case law, there are two discretionary powers in the context of Article 2.116 of the Public Procurement Act 2012: investigative power and the power to refuse. The first power means that a contracting party can investigate whether a tender that appears to be abnormally low is indeed abnormally low. The second means that an abnormally low tender can be rejected,” the two lawyers state in their comments.

A restriction with regard to the power to refuse is that it can only be applied after having applied the investigative power in the context of which (in that case) a comparative investigation must have taken place. With the exception of this safeguard for the benefit of bidders, the arrangement for abnormally low tenders, as SZV has also argued according to paragraph 4.20, is written in favour of the contracting party. Hence no rights can be derived from this by (other) bidders. This could of course be otherwise if the tender documents provided for a stricter arrangement, but that is not the case here,” the lawyers say.

“Quite apart from the question as to whether the principles of reasonableness and fairness and the general principles of good governance indeed restrict the aforesaid discretionary powers, we consider it to be wrong that Vamed should be entitled under these circumstances to invoke this restriction.

“Government activities that are contrary to the social interest still do not constitute a breach in the contractual or pre-contractual relationship with Vamed. The arrangement in connection with abnormally low tenders exists in order to protect contracting parties against competitive contracts, not to protect entrepreneurs against (unfair) competition,” the legal experts said in arriving at their conclusion.

According to executive advisor at the Cabinet of the Minister Public Health, Social Development and Labour Jim Rosen, this academic review shows that there were no grounds on which Vamed could invoke an abnormally low tender by INSO.

“Basically it means, that when a tender authority (in this case SZV), not a competitor, is afraid that one of the bids is abnormally low, it has to ask the bidder to explain its price, prior to possibly rejecting the bid. It is up to the tender authority to make this assessment, not to competitors. It simply wasn’t up to Vamed to invoke an abnormally low price,” said Rosen, who feels that this commentary strengthens the appeal case that was filed against Vamed.

“Government should not allow our healthcare developments to be held hostage due to a court case by a foreign multinational for financial gain. The more we investigate the prices regionally the more convinced I am that the price of INSO is not too low and that their price is competitive and reasonable,” Minister of Public Health Emil Lee said earlier this month.