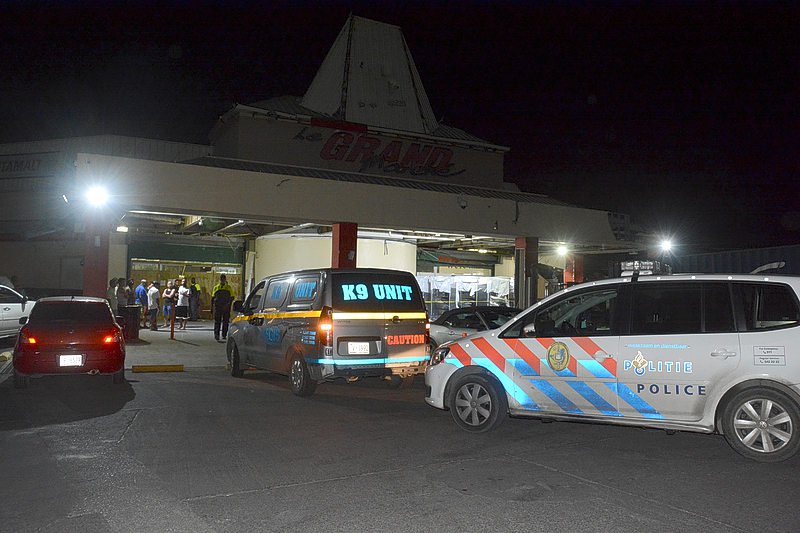 PHILIPSBURG–Police patrols rushed to Le Grand Marché close to 9:00pm Wednesday after hearing reports of a robbery in progress. Five men attacked a security guard at the front of the business. The guard had a minor wound, but paramedics were called to the scene to check on him.

Police spokesman Ricardo Henson said the police are still investigating the incident, but they can confirm that a robbery took place. Robbers managed to get away with a large sum of cash.
Eyewitnesses informed The Daily Herald that five men were in the business and threatened employees with guns.
“I heard a gunshot and heard people screaming. A group of guys came out of the store and jumped inside of a car,” a witness told this newspaper. Minutes after the robbery, a car was set on fire at John Cooper/Jose Lake Sr. Ballpark on LB Scott Road.
Police are asking anyone who has information about the robbery to contact the Police Force at 542-2222 and speak to any available detective.