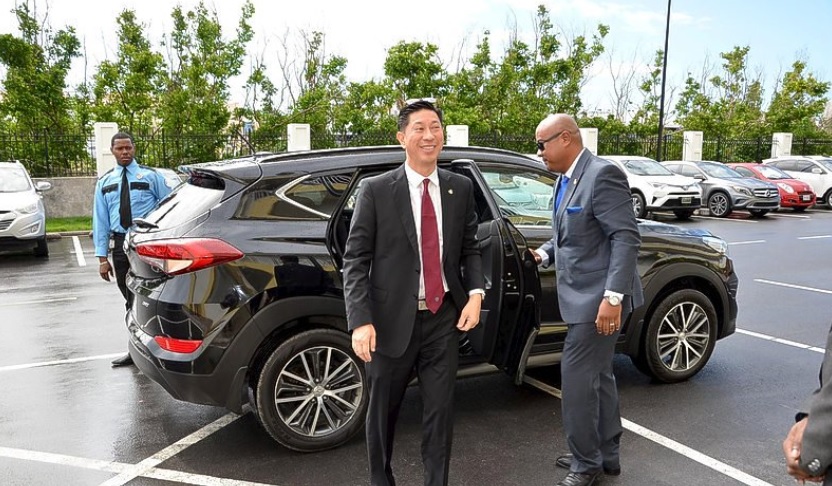 PHILIPSBURG–Public Health Minister Emil Lee recently returned from a two-day ministerial conference in Panama City that addressed the challenges of social inequality within the communities of Latin American and Caribbean countries.

The topic of universal health insurance and its implementation was discussed, and parties concluded that this type of insurance can be implemented without causing financial duress. Lee contributed two themes to the “Panama Declaration” in which attending countries agreed to their partnership and commitment to address the issues.

“As a country, if you are looking for financial stability and to elevate the most vulnerable in your community, access to quality health care, close to home, is an important part of social development and fits the goal,” Lee said in a press release issued on Thursday. “St. Maarten is in the process of implementing a universal health insurance scheme. It was good to see that other countries in the Caribbean are also looking to implement this.”

Ministers from participating countries such as Venezuela, Columbia, Peru, Panama, Mexico, the British Virgin Islands (BVI), St. Lucia and more came together to share best practices in the area of human social development and to debate proposals that address the challenges of the different countries.

Having access to health care without financial hardship contributes to the social development of a country and its communities. The discussions at the conference on the topic of social protection systems included universal health insurance as a solution to address the related social development concerns of inequality, it was stated in the release.

As part of the Caribbean delegation, Lee’s further contribution to the conference was the inclusion of the two themes: Asserting and Taking into Account the Panama declaration.

Lee said there is a big difference between the Caribbean and Latin America relating to the type of issues, access to and development of technology, the social development and inequality challenges. In working together, these differences must be acknowledged by the bigger Latin American countries as well.

Information exchange should be accessible in the English language, for example, and policy development should include the differences between Latin America and the Caribbean. The Caribbean countries are more vulnerable to economic shocks; in the face of natural disasters, for example.

The conference was held in Panama City on September 12 and 13 under the theme: “Partnerships for the reduction of structural inequalities under the framework of the SDGs.” It focused on what is being done in the different communities to overcome structural barriers that impede inclusive development.

The conference was organised by the Panama Ministry of Social Development of the Republic MIDES, the United Nations Development Programme (UNDP) and the Economic Commission for Latin America and the Caribbean (ECLAC).