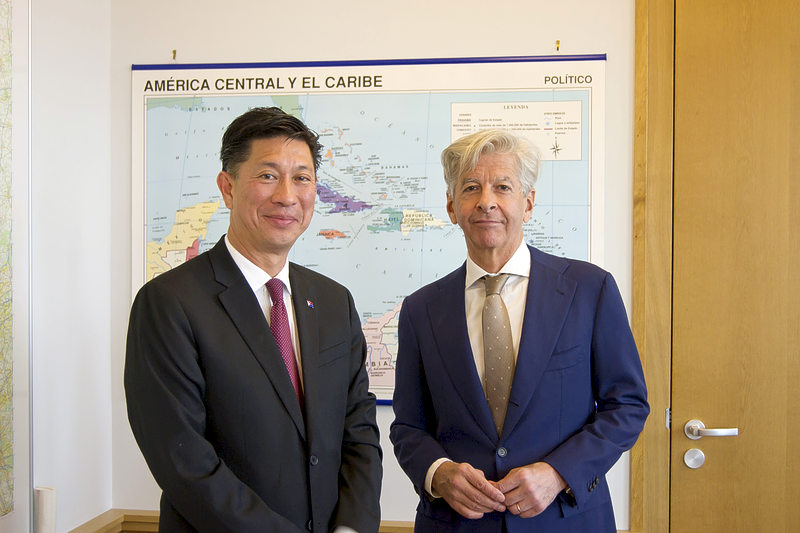 PHILIPSBURG–With the new hospital project back on track, Minister of Public Health, Social Development and Labour Emil Lee travelled to the Netherlands last week and met with various members of the Dutch Government.

These discussions included providing updates on the ongoing hospital project, exploring the possibility of financial support from the Netherlands and legislative assistance

Local funds are being used to begin the new hospital project. The reason for the discussions exploring the possibility of Dutch funding stem from the fact that the lower interest rates and the different payment terms will result in annual savings. Access to this funding will save the country NAf. 3-5 million a year in operational cost.

“Anything that we can do to save money operationally is money that can be better spent on healthcare instead of paying into financing charges,” said Lee.

The discussions regarding the possibility of Dutch funding for the new hospital project began a year ago. A fairly positive evaluation of the business plan, as requested by general pension fund APS, has been received since then.

Prior to leaving, Lee also had conversations with CFT. CFT’s advice is critical to the approval process and it is supportive of the project. Its recommendation to the Kingdom Council of Ministers will be to have the funding for the hospital project considered outside of the normal lending procedures due to it being a special “one off” project.

Lee announced in the weekly press briefing Wednesday that he has many projects underway simultaneously, ranging from national health insurance (NHI) to national health reform, changes to the civil code and labour market.

More legislative capacity is needed to make continued progress on these projects. This brought about discussions regarding methods to utilise available resources in terms of legislative assistance.

“I must say that all of our discussions, while not conclusive, were extremely positive,” said Lee.