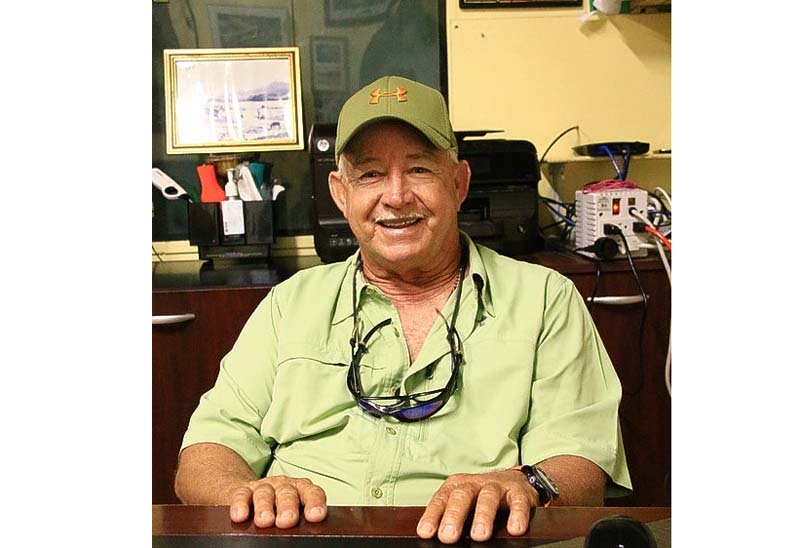 ~ Businessman responds to having to move business by March 2017 ~

SIMPSON BAY—Long-time businessman and pioneer of seafood restaurants on the island Lee Halley has appealed the court verdict against him ordering his business, Lee’s Roadside Grill, to vacate its current location before March 31, 2017.

Halley, in an interview with The Daily Herald on Friday, gave his personal take on what has been plaguing him for years now. The dispute started when Water’s Edge Development Corporation received rights from Government to use the property, which belongs to Government. Water’s Edge received the right to long lease in 1986.

Halley started to operate his business in 1997, opening his restaurant. He said he is a proud St. Maarten man. “I was born and raised here in Simpson Bay. My family is from The Corner. My father Gaston Halley was mainly a fisherman and taxi driver; my mother Suzette Halley a housewife and the lady who rowed people across the channel from Cole Bay to Simpson Bay when there was no bridge at the time.

“In 1978, I requested this parcel of long lease land from the Government, which at the time was just a small piece of pond mud, the same land where my father, my brother and several Simpson Bay fishermen moored their boats. I was told by Government to go ahead and start my business, that my request will be granted,” Halley stated.

He went ahead and brought his boat to the present location where Lee’s Roadside Grill and Deep Sea Fishing currently operates and started Lee’s Deep Sea Fishing charter business. “This is when my quest to obtain the papers for the land started. Many trips to the Domain/VROMI department turned into years, always being told that the person who could help me was not in, was sick or in a meeting,” he explained.

In 1998, he was approached by Gerardus Speetjens, a notary in St. Maarten, who told Halley that his company Water’s Edge Development Corporation was the holder of the long lease for the property. Halley contacted his lawyer immediately and proceeded to ask Government to intervene and revoke this decision.

“I was operating my business in this location for 13 years. The documents said that he had been granted the long lease in 1986 but he contacted me in 1998; 11 years went by before he took interest in this little piece of land. The law says that when a Government long lease is granted, the person or company holding that lease has six months to build on that land or Government could revoke the lease,” Halley said.

Government refused to revoke the long lease because it would open a can of worms it did not want opened, according to Halley.

“Since the Government refused to revoke the lease, my lawyer advised me to make a lease agreement so that I could remain on this property. I did not think it was right but I went ahead with it,” he said. “My fight did not end here. I continued contacting the Government for help. In 1999-2000 the Government intervened and a gentleman’s agreement of a handshake was made between the Government, me and Speetjens.

“Lee’s Roadside Grill and Deep Sea Fishing would be able to remain in its current location and Water’s Edge Development Corporation would keep two pieces of land on either side, which is currently the Lagoon Queen and Taste of the Caribbean, and he would be able to fill the water in front of these two restaurants for the same amount of land that they were giving up to Lee’s Roadside Grill.”

Government changed before this agreement could be finalised.

Halley said, “I once again had to start my fight for the land, but was unable to because Domain/VROMI now claimed that documents were missing from my file. After many years I approached the Government that had negotiated the original deal and was now back in power, but by now the law had changed and Speetjens would not be able to fill the water on either side of Lee’s Roadside Grill.

“Therefore, Government offered the company to divide the land in three pieces and swap Lee’s Roadside Grill’s piece for another piece of land. There were several meetings that took place to try to solve this matter. There was one particular meeting when Government offered Water’s Edge Development Corporation land around Walter J.A. Nisbeth Road better known as the ‘ring road.’”

According to Halley, Speetjens demanded more than what was offered and Government refused because he was asking for too much land in exchange for the Lee’s Roadside Grill location. There was another meeting, but by now Speetjens’ son Gerry Speetjens was in charge. Government offered him a piece of land and once again the piece that he was being offered was too small. He wanted more, lots more, according to Halley.

Still communicating with Government regarding the land swap, “I was informed that Water’s Edge Development was asking for approximately 2,000m2 of water rights in front of the land where Lee’s Roadside Grill is,” Halley said.

In the latest verdict, the Judge ordered Government to sign the water rights over to Water’s Edge, after which it agreed to honour the lease agreement and the water rights to Lee’s Roadside Grill and Deep Sea Fishing. Shortly afterward, the company sent an eviction letter informing Halley to enjoy the next two seasons and that his business must leave the property.

“The Judge did not consider that this company ignored this land for 11 years. He also did not consider that law that stipulates that they had to build on the land within six months,” Halley said. He wants the public to know that 30 employees and their families are involved in the business.

“Lee’s Roadside Grill is an iconic landmark in St. Maarten visited by hundreds of tourists year after year benefitting the Simpson Bay area and St. Maarten. This is the reason why we will continue to fight for our right and our native land and the reason why we have taken this case to the appeal court in Curaçao,” Halley said on Friday.