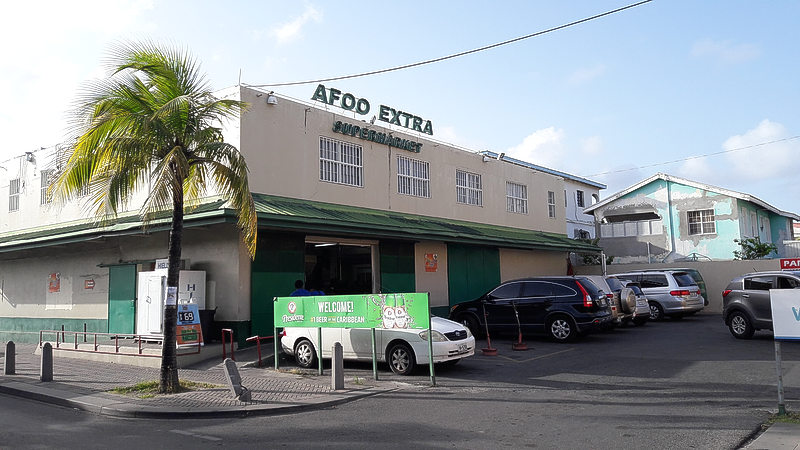 PHILIPSBURG–Labour Minister Emil Lee told reporters at the Council of Ministers press briefing on Wednesday that the Ministry is aware of the reported pending closures of The Fresh Market in Madame Estate and sister supermarket Afoo Extra Supermarket on Cannegieter Street.

News of the reported pending closure of Afoo comes on the heels of news that sister supermarket Fresh Market will also be closing as of today Thursday, August 31. When contacted on Wednesday, Afoo Group representative Peter J. Gittens said he cannot comment on the matter until next week Tuesday. The exact date when Afoo will be closed could not be ascertained on Wednesday.
Lee told reporters that a dismissal application for the workers had been submitted to the Ministry of Public Health, Social Development and Labour VSA. “The Ministry is aware of the reported closures, the pending closures and I can confirm that a dismissal application has been submitted to the Ministry,” Lee said.
He added that the Ministry has been proactive in terms of informing employees of their rights and aiding workers by facilitating the requests of those who have sought legal aid.
The Minister said the business has been informed of its legal and moral obligations. “The business has been informed that employees must remain on the payroll until one of two things: a decision has been rendered on the dismissal application and that parties have agreed on a mutual settlement in accordance with the law. The Ministry is aware of the situation and is monitoring the situation closely to ensure that all legal issues are followed,” the Minister said.
The number of employees who will be affected by the closure of Afoo Supermarket and Fresh Market could not be ascertained.
The workers of Fresh Market had received a letter dated August 17, giving them two weeks’ notice about the closure of the establishment. “Due to the overwhelming loss in sales over the past few months management has decided to close the doors of Fresh Market and stop its operations,” the letter signed by Gittens stated. “The decision had been a difficult one for the company. We will officially close on August 31, 2017. This in essence will also be your last working day with us. You will receive your August pay on September 4; this gives us a chance to calculate any overtime that you may have.”
The Fresh Market is part of the Afoo Group of Companies. The group had closed its supermarket Food Club in Dutch Quarter some years back. It had also closed ITC in Madame Estate and reportedly also sold its supermarket Daily Extra in Cole Bay.