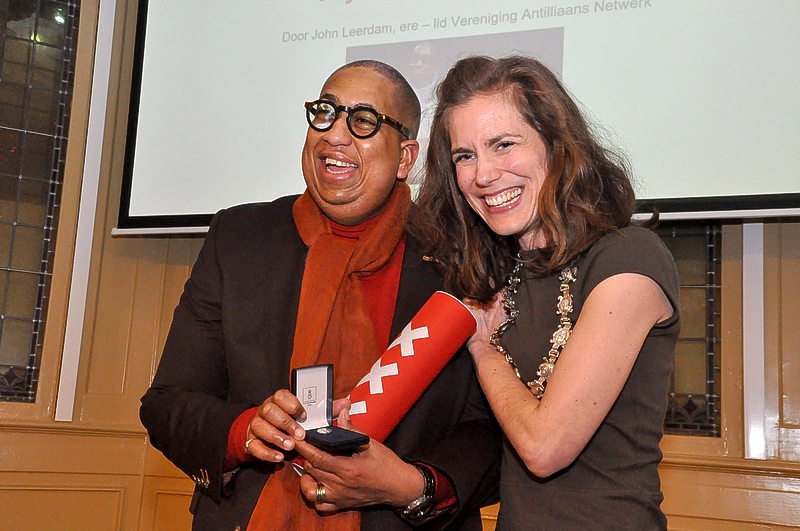 AMSTERDAM–Dutch Caribbean organisations in the Netherlands should work more closely together and support each other – not only to create a stronger unity, which will increase chances at achieving more, but also in an effort to tackle the increasing right-wing politics.

Theatre director and Chairman of the Consultative Body for Dutch Caribbean persons in the Netherlands Ocan John Leerdam, a former Member of the Second Chamber of the Dutch Parliament for the Labour Party PvdA, shared this message during a lecture of the Antillean Network Association VAN in Amsterdam, on Friday evening.

“When you work together you create a win-win situation for everyone. It will give everyone a chance to develop and make the sun shine on every person,” said VAN Chairperson Roos Leerdam-Bulo in announcing the theme of the lecture “Don’t talk, but act” and the guest speaker, John Leerdam.

Leerdam started off his lecture with a most current topic: the election results in the Netherlands. As a result, the Netherlands is looking at a new more centre-right government taking over. “The Party for Freedom PVV may not have ended as the biggest party, but the liberal democratic VVD party is also not particularly immigrant-friendly. Everybody remembers the ‘get lost’ remark of Prime Minister Mark Rutte.”

With “pain in his heart” Leerdam said that not one member of the Dutch Caribbean community, or a coloured person for that matter, was elected into the Second Chamber of the Dutch Parliament, that is why uniting forces is so important, Leerdam said. “With a new centre-right government, we will have to trust in our own strength.”

In order to be successful and effective in these complex times, Dutch Caribbean organisations need to clearly define their goals; make sure that they are not dependent on government subsidy, and above all believe in themselves. “The yes we can motto,” Leerdam called it.

Considering the increased racism and ethnic profiling in the Dutch society, with the Aruban Mitch Henriquez dying at the hands of police in June 2015 as an example, there is, according to Leerdam, a place for a Black Lives Matter organisation in the Netherlands.

Key is that the grassroots organisations do not poach on each other’s territory and pull each other down; instead, the organisations need to cooperate, form a strategic alliance, openly support each other and keep each other abreast of developments, said Leerdam.

A more active political involvement of Dutch Caribbean persons is needed, said Leerdam, who noted that the turn-out of Dutch Caribbean voters at the March 15, 2017 Dutch Parliamentary elections was the lowest ever with 24 per cent. “That is a shame,” he said. The Dutch Caribbean should not only go out to vote, but preferably they should also become politically engaged, for example by becoming a member of a political party.

“The municipal elections in 2018 provide an opportunity for us. We need to grasp new opportunities and get into action with our own agenda. If we are to be taken seriously, we need to drastically increase our voters turn-out. We need to be involved, use our influence.”

In the middle of his lecture, Leerdam was interrupted by Amsterdam Alderman and Deputy Mayor Simone Kukenheim, who surprised everyone with the announcement that the guest speaker had been honoured with an award of the largest municipality in the Netherlands.

Leerdam received this very special award of which only six have been bestowed, for his many contributions to the city. These contributions included the many successful theatre productions, the organising of the Black Achievement last year, his role in establishing Dutch Caribbean organisations and his positive input in cultural and migration issues.

Leerdam’s inspiring lecture prompted the audience at De Balie events centre to come up with several suggestions for a stronger Dutch Caribbean community in the Netherlands, varying from classes to increase political awareness and spreading events throughout the country to attracting the young generation and getting St. Maarteners, Sabans and Statians living here more involved.

Edwina Hodge of the Unified St. Maarten Connection (USC) had the full attention of the audience with her poem titled “Melting Pot or Tossed Salad” about people’s cultural identity. Hodge took the opportunity to highlight the importance of getting people to identify with grassroots organisations. “People want to know whether they can be valuable to an organisation, that way they will feel more inclined to join an organisation.”

Hodge also said it was important to get the younger generation, a growing group, involved. Leerdam supported this suggestion. “We have to build bridges, the old and new generation,” he said. St. Maartener Nerissa Cornelia made a call for increased attention for St. Maarteners living in the Netherlands and to involve them actively. 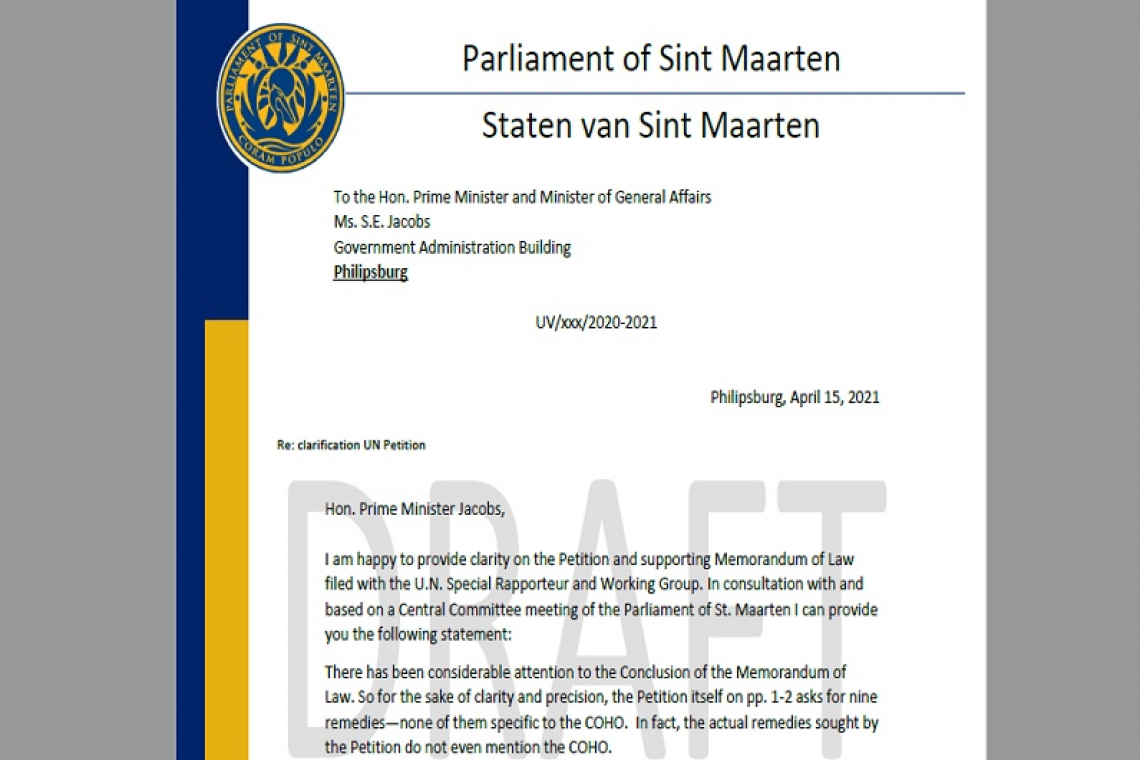 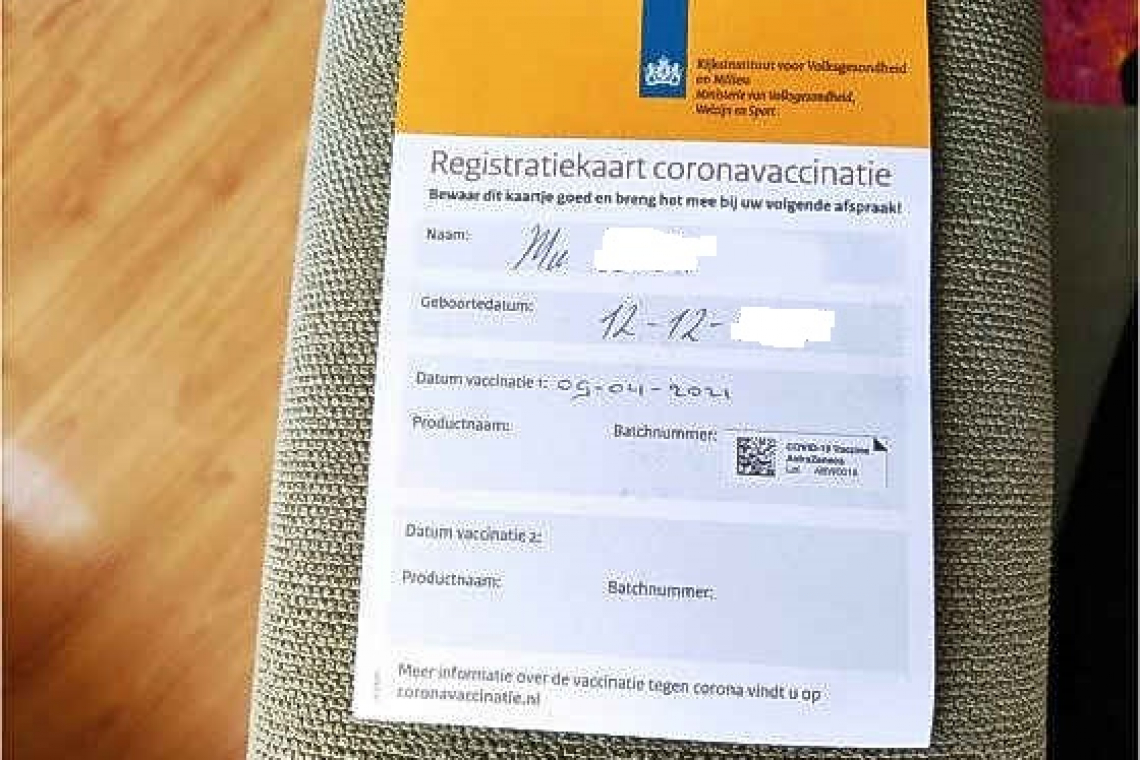 April 16, 2021
0
PHILIPSBURG--The Vaccine Management Team (VMT) has changed the interval between the two doses of the COVID-19 vaccine from three to five weeks. This new policy will start on Monday, April 19.   “With this adjustment, many more people will receive...
Read more

April 16, 2021
0
PHILIPSBURG--The Vaccine Management Team (VMT) has changed the interval between the two doses of the COVID-19 vaccine from three to five weeks. This new... 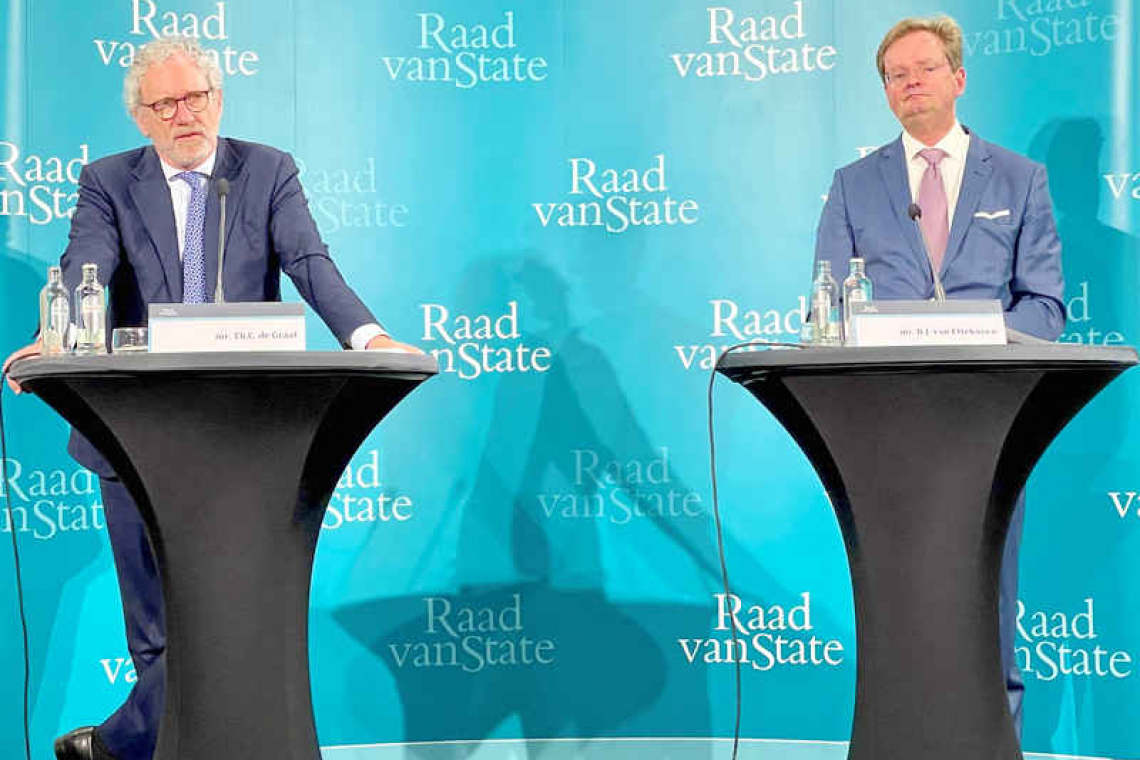 Parents urged to be vigilant of minors after inappropriate incident at movies |...

April 16, 2021
0
PHILIPSBURG--National Alliance (NA) Member of Parliament (MP) Angelique Romou said on Monday, April 12, that she had been approached about a statement made on... 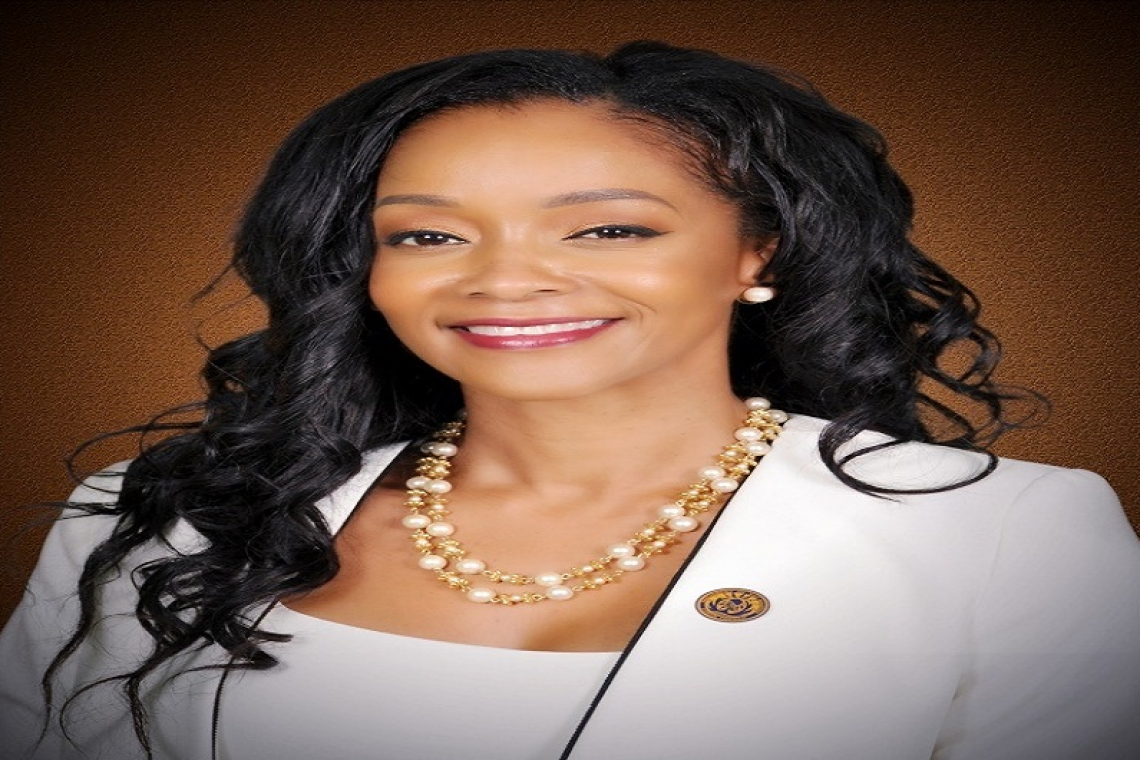 April 16, 2021
0
PHILIPSBURG--National Alliance (NA) Member of Parliament (MP) Angelique Romou said on Monday, April 12, that she had been approached about a statement made on...