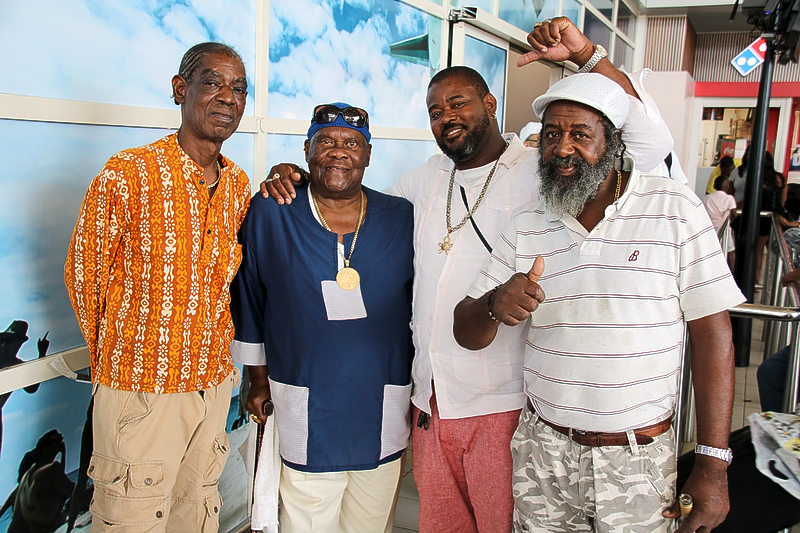 AIRPORT–Ready to show off his lyrical skill, Lord Nelson touched down on St. Maarten on Thursday afternoon set to perform at Kali’s Beach Bar this Saturday. Straight from New York, he will perform with St. Maarten’s very own All-Star Band.

The show will start at 8:00pm sharp with musical guests Kitty Boy, Shadowman and DJ Ruby as part of the line-up.

Like many calypsonians from Tobago, Lord Nelson (born Robert Nelson) had to seek his fame and fortune in the United States (US) and he found it, although not in the US but back home, where he remains one of the acknowledged stars of soca, the mix of soul and calypso that has been the island’s musical mainstay since the mid-1970s.

Born and raised in Tobago, Nelson left his homeland after graduating high school, hoping for a better life in Brooklyn, New York. However, he hardly had a chance to unpack before he was drafted and sent off with US forces to Korea, which was where he first showed his talents as a singer and comedian, performing in Army shows.

Later, back on American shores, he began singing with West Indian steel bands in Brooklyn, mostly covering calypso hits in his unique fashion, which went over strongly with the Caribbean community. Still, he never considered writing his own material until he became friendly with another calypsonian, Mighty Duke, who mentored him.

Nelson’s own style took from calypso, but also from the American music he heard every day, adding more than an ounce of funk to the proceedings in songs like “La La” and “King Liar,” which became Caribbean hits.

He is excited to perform his many hits for St. Maarten and invited calypso fans to come out and hear good social commentary. Tickets are available at Van Dorp, SOS radio, Chez Coco and Blue Valley Supermarket.