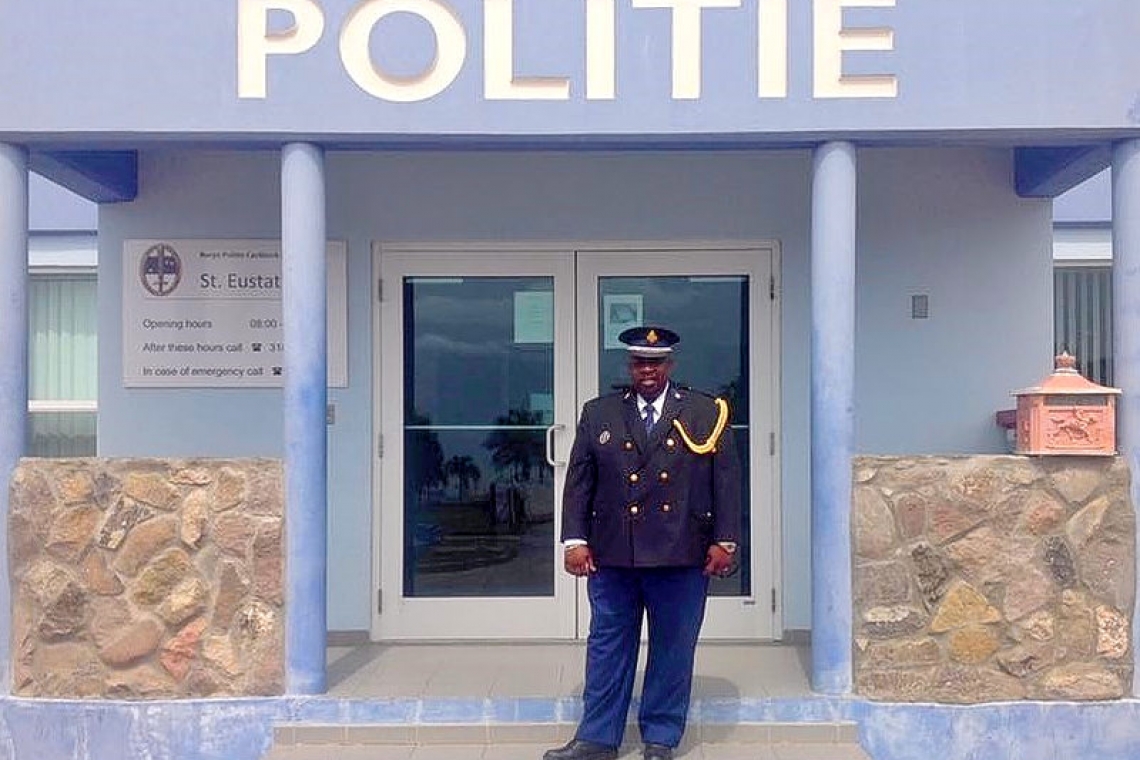 He temporarily took over as Acting Police Chief in October 2019 when Chief Inspector of Basic Police Care St. Eustatius, Robelto Hodge was off-island. Courtar has worked with the police in Saba and Bonaire and on other islands of the Dutch Caribbean.

“Today [Friday – Ed.] marks 21 years since I joined the ranks of a prestigious organisation. During this time I have seen the good, the bad and the ugly. I would like to, first of all, thank the almighty God for covering me with His protective armour during those 21 years,” Courtar said.

He extended his appreciation and gratitude to his “brothers and sisters in blue” for having his back during those times.

“To my family and friends, I thank you for your prayers that God would keep me safe. Together with my class 99-1, raise a glass in celebration,” Courtar said.

“With heads held high we will be able to move forward serving and protecting the people that we swore to serve and protect. Class 99-1 for life,” Courtar said.