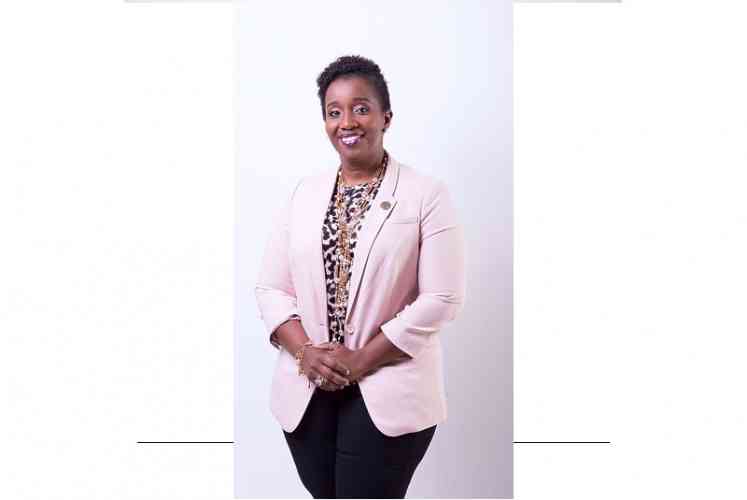 PHILIPSBURG–Member of Parliament Tamara Leonard (United Democrats) is demanding urgent answers from Justice Minister Cornelius de Weever about the dire state of the Pointe Blanche prison, in particular the health and safety issues at the detention facilities.

Leonard stated in her letter to De Weever, “It is beyond a crying shame and an embarrassment to the country of St. Maarten to learn about the deplorable and unhygienic situations at the Pointe Blanche House of Detention.

“When I think of what is happening at the prison, I can’t help but ask: Have you ever thought of how a chained dog becomes vicious?

“It is no wonder that the government and, by extension, the Parliament of this young country is constantly bombarded by claims of not taking proper care of their people.”

The situation at the prison has come into more focus since the ravages of Hurricane Irma more than 18 months ago, she said.

She said she is aware that De Weever is not the only minister to hold the justice post since 10/10/10. The ball is in his court now and it is he who must attend to the shortcomings, she said.

“I am also aware that government’s hands are bound by the Committee for Financial Supervision CFT when it comes to spending. We must find a way to fix this promise and I do hope the justice minister has a solution.”

There are more than 70 inmates in the prison who are living in less than humane condition and who are afforded less than one hour of sunlight daily, Leonard pointed out in her letter to De Weever.

Conditions at the prison are beyond Draconian, said Leonard. “Inmates left to watching walls and the ceiling for 23 hours a day with nothing to do leads to aggression. There are no washing machines or dryers. One must find a way to wash in the cell. Make a makeshift clothesline out of your own clothes to dry them. This operation has to be done in an already crowded cell.

“They have to dwell in fungus-infested bathrooms and mould-crusted walls. The incarcerated are not animals and we, as decent people, should not stand by and let this situation continue.

“My very first question to you, as Minister of Justice, is: Are you truly a decent human being or does the dire situation at Pointe Blanche fail to affect you in any way?”

The prison can be labelled a firetrap with report of insufficient firefighting equipment and not enough staff to react timely in the case of an emergency, she said.

“I would hate to think there is no emergency protocol in place. That brings me to my next question: What are the security protocols? And, should there be, for instance, a fire, how much can be done to contain it before emergency services arrive and lives are lost?”

Leonard said her enquiry to the minister “can be labelled morbid.” However, “the fact is the situation is dire at the prison – inside and out. It is beyond time for the end of patchwork and wastage of money to the proper reconstruction of the prison. What exactly is your plan and why is it talking so long?”

Water shortages are a norm at the prison. Leonard questioned what has been done, if anything, to remedy this deficiency.

She also wants to hear from the minister the present prison policies, when these developed, when they were last updated, how do these policies compare to the Netherlands and world standards, the age of the Pointe Blanche facility and whether it is still suitable for housing human beings?

Leonard further questioned when was the last time the Ministry of Public Housing, Spatial Planning, Environment and Infrastructure VROMI did a building inspection of the Pointe Blanche facilities? If it has not, why not? If it did, what were its findings? And, if the electrical cabling and panelling are up to date.

She also raised questions about whether programmes are in place to rehabilitate and teach inmates a new way of living when released and if they are in any way equipped to get a job on re-entering society.

“Are there any incentives for businesses to hire or give ex-inmates a new opportunity in life?” Leonard asked, adding a further query on whether an ex-inmate would even be able to open a bank account after release.

Leonard ended her letter to De Weever by saying, “I require prompt and precise answers as soon as possible, meaning within a week or less. This matter is too serious for any pussyfooting or dodging of the issues at play.”