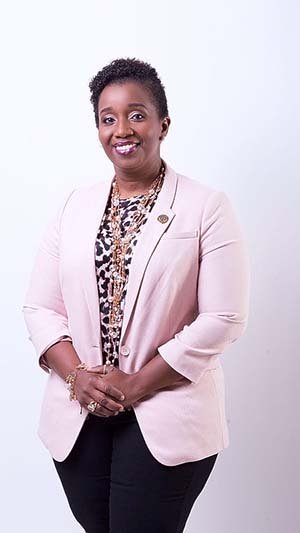 PHILIPSBURG–Member of Parliament (MP) Tamara Leonard has requested an urgent meeting of Parliament with Prime Minister William Marlin and his advisors on the impasse with appointment of the Social Economic Council SER.

“This situation can no longer go unattended. The Prime Minister should come to Parliament and clear the air once and for all. At the moment it seems like a once-vibrant advisory body, is being punished,” Leonard said.

SER has been board-less since April 30. This means it cannot carry out its task as Government’s chief advisor on social and economic policy or issue unsolicited advice on issues of dire importance to the country. The need for the appointment of a board was highlighted by SER personnel in a press article on October 10.

The United People’s (UP) party MP said this is the second time she has read media reports on the impasse. Prior to the passing of Hurricane Irma, on August 9, Marlin stated the SER board “had been in place now for maybe a week or two.” At that time, he stated there had been mix up with the allotment of the seats, but other than that the SER board was in place.

“It’s clear that the Prime Minister has been lying to the public. He says one thing which turns out to be far from the truth. What’s the hold-up?” Leonard questioned. “There are rumours going around in the community that Government plans to shut down SER. Is this true?”

Another point brought to her attention is that “Government is trying to muzzle the institution due to its critical advice on Government policy. The SER has always been critical of all governments. Even my own party received negative advice once when requested.

“However, do we shut down an institution because we are not pleased with their advice? Is this the direction the Prime Minister wants to take the country?” she said. “While we continue to be closely watched by Dutch, in the wake of the aftermath of Hurricane Irma, a secretary-general should not be calling on Government to appoint the board.”

In his Constitution Day address, Marlin asked for “all hands on deck,” said Leonard, calling on Marlin to “give stakeholders a chance to contribute to the rebuilding” of the country by appointing the board post-haste.

Leonard commended the SER staff for their resilience and for continuing to function in spite of the absence of a board.