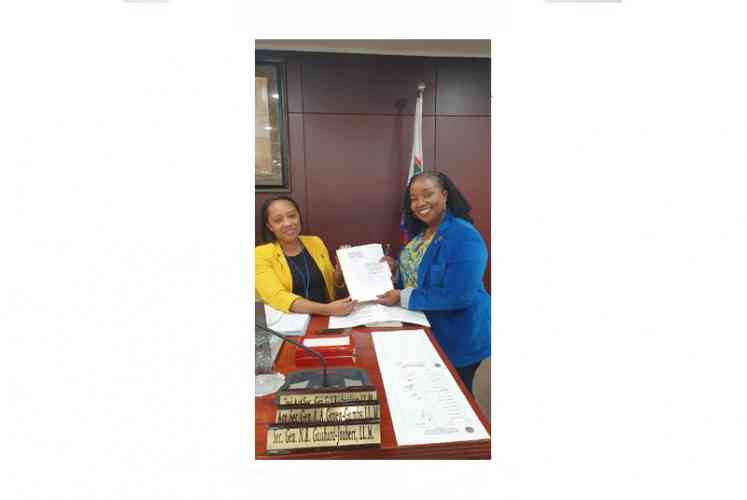 Leonard submitted the initiative laws to Parliament on November 7. The drafts are now with the Council of Advice for its review and comments. The MP said in a press release that all three amendments are equally important to the social well-being of the community.

“My motivation for wanting to see significant changes to the Penal Code is to safeguard the people of the country and make this country an even safer place for all residents and visitors,” Leonard said.

The first amendment seeks to increase the maximum sentence for rape by doubling it from the current 12 years to 24 years. “Rape is, unfortunately, a crime perpetrated against the most vulnerable in our community. A stiffer penalty is needed as a deterrent. Protection of women, children, and men must have attention and a stronger legal instrument as a corrective measure,” said Leonard.

The introduction of the possibility of termination of pregnancy as a result of rape and for medical purposes is the topic of the second draft initiative law. “A rape can result in a pregnancy. Rape survivors are punished twice. First comes the pain of the rape. Then comes the possibility of a pregnancy. Under our current law, a woman cannot terminate that pregnancy legally. She and her doctor are exposed to legal punishment. I want to see this changed and this draft amendment seeks that,” Leonard said. The idea behind the decriminalizing of abortion for rape and medical purposes is to take care of the woman’s physical and mental health, she said.

The introduction of a sex offender registry via Leonard’s initiative draft law seeks to create a new instrument of protection for the community. The register will set guidelines that a convicted sex offender needs to adhere to, including registering where they live and other vital information. Leonard said, “When a person is convicted of rape and sentenced, there is no other step other than incarceration and hopefully some kind of therapy. Establishing a sex offender register seeks to fill that gap and hopefully keep the offender in check.”

The three draft initiative laws will need to be tabled in Parliament for debate and approval following the review of the Council of Advice.

Leonard has other initiative laws to her name including the increase in time for maternity and the introduction of paternity leave.