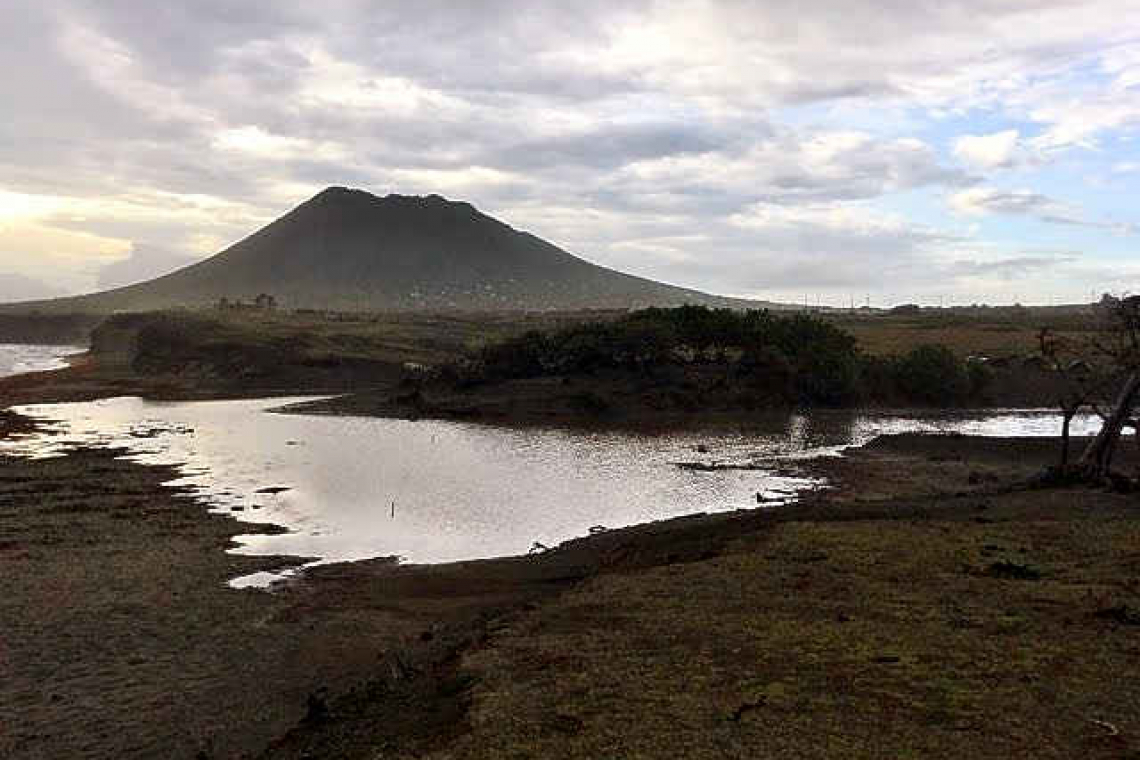 Water runoff from the storms near Zeelandia.

Residents reported damage to large and small appliances, such as televisions, due to the lightning storms. The lightning also damaged modems of telecommunications company EUTEL NV customers, which had to be replaced.

The storms also caused mudslides in different areas of the island. Members of the Department of Public Works and Services were digging out water catchments, such as the one on Sandy Road and other areas, where vast amounts of rainwater ran into the catchments instead of running off into the ocean.

EUTEL and utility company STUCO recommend that their customers unplug their appliances during thunderstorms. More storms are expected during the next couple of days.

Concordia, Bay Brow, Chapel Piece and other areas of Statia were affected by the storms.