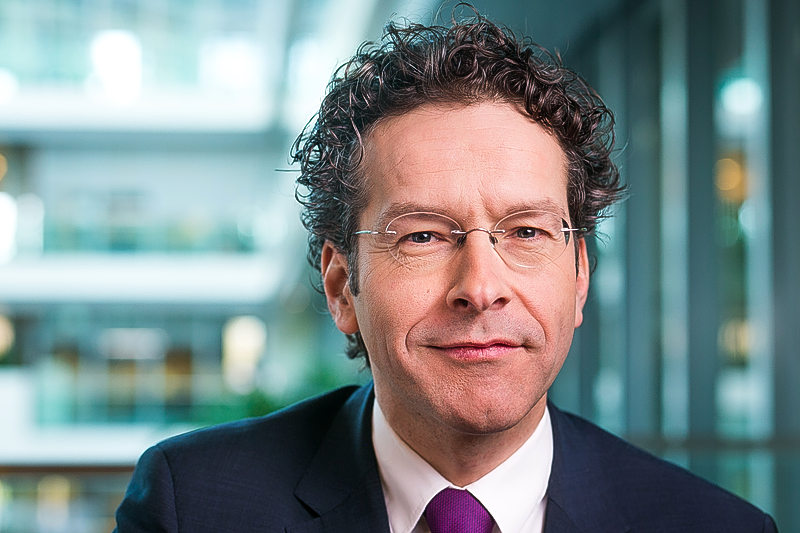 ~ Supervision on ENNIA rests with CBCS ~

Dutch Finance Minister Jeroen Dijsselbloem and Acting Minister of Home Affairs and Kingdom Relations Stef Blok stated this is response to two separate sets of written questions posed by members of the Second Chamber of the Dutch Parliament André Bosman and Aukje de Vries, both of the liberal democratic VVD party, and Ronald van Raak of the Socialist Party (SP).
The Members of Parliament (MPs) sought clarity on June 17 and 20, 2016, in response to a series of articles published in the Dutch newspaper Het Financieele Dagblad, which reported that the owner of ENNIA Husang Ansary had “emptied” the company’s reserves through a shady financial construction, and that the CBCS had failed to prevent this.
DNB’s authority is very limited on the islands. ENNIA’s main office is located in Curaçao and as such it resorts under the prudential supervision of the CBCS, explained Ministers Dijsselbloem and Blok in their elaborate answers released on Wednesday evening.
In the Caribbean Netherlands there are mainly branches of financial institutions and the prudential supervision, on these branches is primarily a responsibility of the supervisor of the country where the company in question is located. In this case the so-called home supervisor is the CBCS.
The DNB has very limited possibilities as the so-called host supervisor of the country where the services are rendered, in this case the Caribbean Netherlands, is to look after the financial position of the branches on the three smaller islands. The prudential supervision is limited to the good governance, integrity and management at these branches in the Caribbean Netherlands.
The Ministers stated that they too were “concerned” about the negative reports about ENNIA. “It is important that insurance companies that are active on the islands are financially healthy so they can comply with claims of policy holders. We don’t want to speculate about the consequences of the collapse of an insurance company in Curaçao.”
Regarding the quality of the local supervision by the CBCS, the Ministers referred to 2015 State of Supervision of the DNB in which concerns were expressed about the functioning and the integrity of the CBCS.
Dijsselbloem and Blok explained that in light of these concerns the DNB had requested an expansion of its authority to gather information as host supervisor on the branches that primarily resort under the supervision of the CBCS.
The Second Chamber, in April this year, had granted that request with the implementation of a change to the Law on Financial Markets. This law change enables the DNB to directly request information at the main office of the concerned bank and insurance company. Consequently, the DNB is no longer completely dependent on information that is supplied by the home supervisor, the CBCS.
This expansion of the authority of the DNB does not change anything about the responsibility in the prudential supervision. This authority remains as it was and means that the DNB can only execute prudential supervision where it concerns branches in the Caribbean Netherlands, the Ministers clarified.
In response to reports about problems at ENNIA, the DNB in late 2013 did file requests for information at the CBCS. In consultation with the CBCS, it was decided to conduct an investigation at ENNIA. In June 2015, the DNB sent its findings in a confidential report to ENNIA.
Based on the law, the DNB has an obligation of secrecy. Dijsselbloem stated that as a Minister in principle he did not receive information on individual institutions that were under the supervision of the DNB. As such, stated the Minister, he could not answer questions about the content of the DNB report and about the possible earlier warnings and actions.
Dijsselbloem and Blok emphasized that the Dutch Government does not stand guarantee and carries no responsibility in the event of a bankruptcy of a financial institution based in Curaçao, Aruba or St. Maarten.
However, a bankruptcy or failure of an insurance company or bank in Curaçao or St. Maarten can have consequences if this company has a branch or provides services in the Caribbean Netherlands. “Policy and bank account holders in the Caribbean Netherlands would be duped in that case.”
The Ministers stated that they considered it of importance that there was an “adequate” financial supervision on the institutions that were active in the Caribbean Netherlands, “so they are financially healthy and can comply with the claims of their policy and account holders.”
Responding to questions by the MPs as to the actions that duped clients could take, the Ministers stated that they could go to a court of law if ENNIA or the involved accountant had not executed its task in a correct manner, depending on local, applicable laws. The Civil Code Caribbean Netherlands in any case offers the possibility to act based on an unlawful deed.
MP Van Raak had specifically asked about the screening of ENNIA owner Ansary before he entered the financial sector in the then Netherlands Antilles around 2005, and which entity was responsible for this screening.
Dijsselbloem and Blok clarified that the predecessor of the CBCS, the Central Bank of the Netherlands Antilles BNA, was responsible for the supervision on financial institutions in the Dutch Caribbean, except for Aruba which is covered by the Central Bank of Aruba.
“It can be assumed that based on the Netherlands Antilles ordinances to regulate the financial sector, the BNA was responsible for the screening of executives and holders of a qualified participation in a financial institution in Curaçao.”
Dijsselbloem stated that as Dutch Minister of Finance he was not responsible for the BNA. “It is unknown to me which role the BNA had and how it assumed its responsibility. The DNB at that time had no formal supervisory role in the Netherlands Antilles.”
Dijsselbloem made clear that the Dutch Ministry of Finance did not have and does not have a role in the vetting process of executives of financial institutions in the Dutch Kingdom including in the Netherlands and the Dutch Caribbean. “That means that I don’t intervene in individual supervisory decisions and vetting processes.”