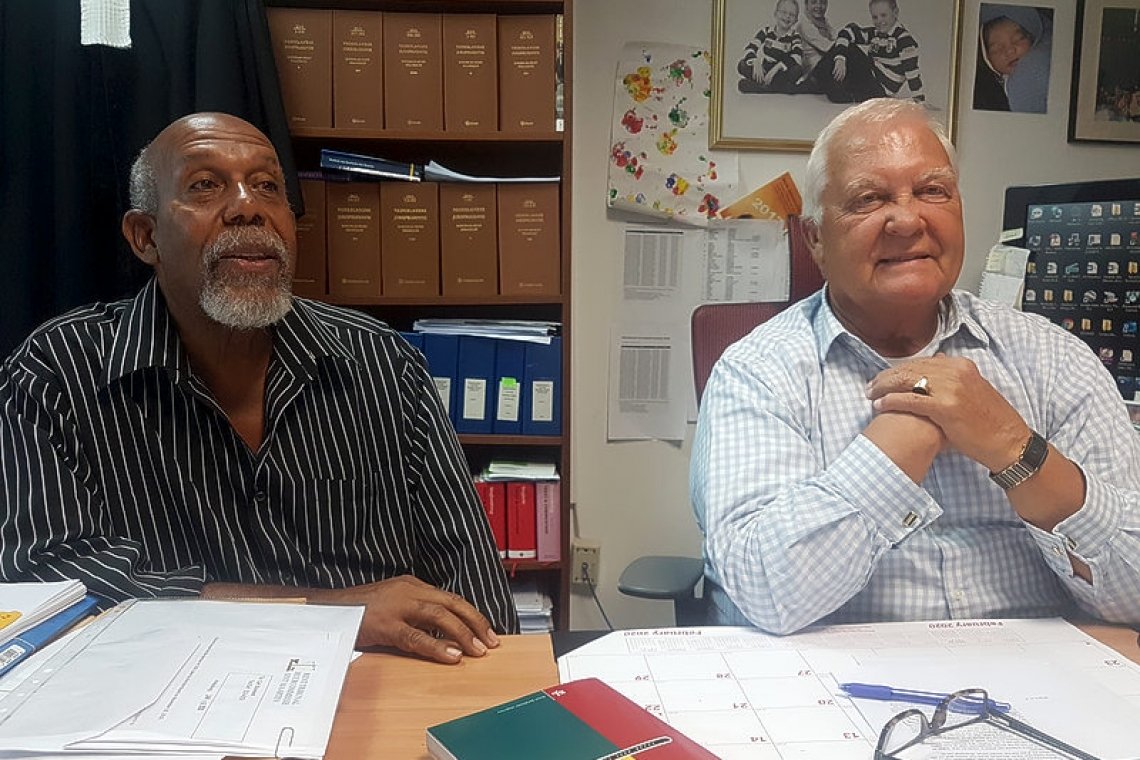 PHILIPSBURG–Local pensioner Carl Duinkerk and his wife are the latest in a rising number of tenants who are being faced with unlawful rent increases.

Duinkerk received notice from his landlord late last year that his rent would increase by US $200, from $650 a month to $850 a month. As a pensioner, the increase in rent was not feasible for Duinkerk. With his current monthly budget, he said he would be unable to pay his rent.

In a press conference on Monday, Duinkerk sat with attorney-at-law Cornelius “Cor” Merx, who provided clarity on the issue. After Duinkerk’s refusal to pay the sudden increase in rent, his landlord approached the Rent Committee. According to Merx, the Rent Committee has the legal authority to decide on the rental price for the apartment.

Duinkerk said his apartment, in which he has resided for 15 years, sustained substantial damage after the passing of Hurricane Irma in 2017. However, he noted that even with the damage to his residence he always paid his rent in full. After repairs were completed in the home the landlord gave her notice of the rent increase.

The Rent Committee later ruled that the landlord could not legally raise the rent on the tenant based on the argument “the roof repair increases the value of the property.”

Merx further explained that Duinkerk and all other tenants in St. Maarten have rights and should enquire and learn about these rights.

In conclusion, Merx said Duinkerk has nothing to worry about at this moment, as the Rent Committee has made its decision.