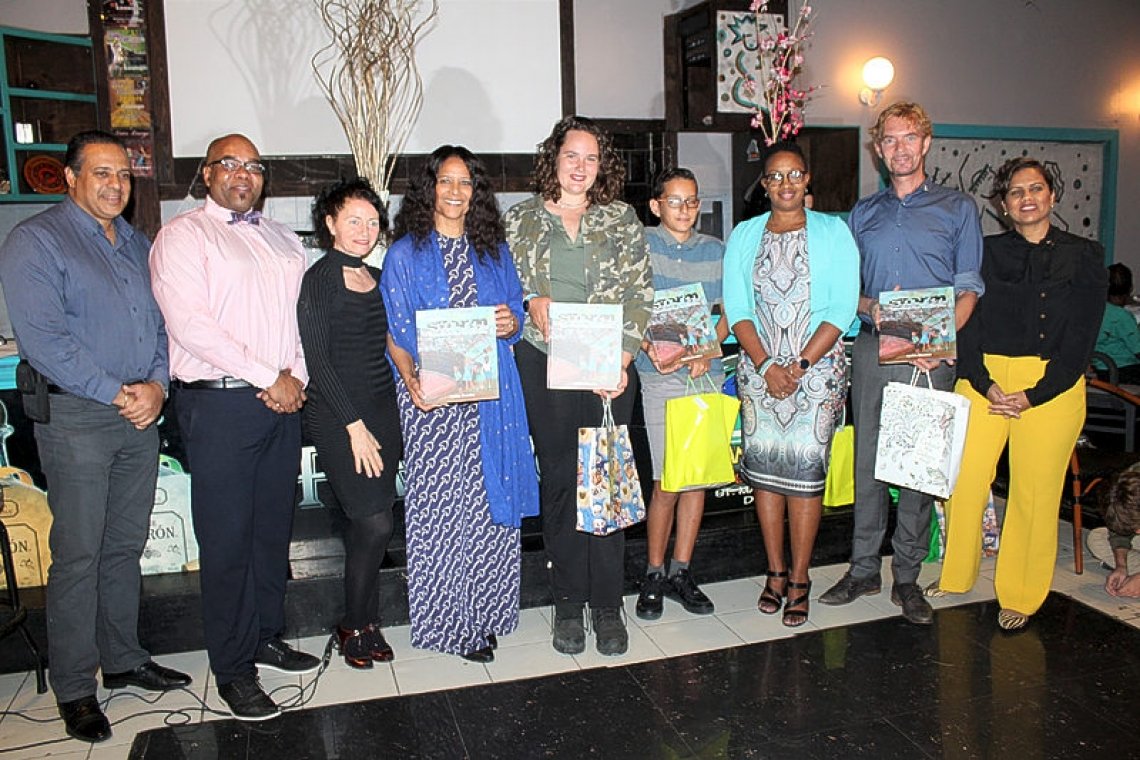 STORM is about the experiences of two St. Maarten boys, one from Belvedere and the other from Dutch Quarter, and their adventures during and after Hurricane Irma, which struck the island in September 2017.

David, one of the two boys in the story, is modelled by the author’s own experiences after Irma. Morales, who resides in Belvedere, experienced her first major hurricane when Irma devasted the island, and used this as inspiration for her new children’s book.

“I have used many of my own experiences to write the book. The character David, not coincidentally a hurricane name, describes many of my personal feelings and observations during and after Hurricane Irma. For me, it was also a way of processing Irma,” Morales explained.

The book, which is beautifully illustrated by artist Penka Petkova, who hails from Bulgaria, also includes poetry by several first-time poets, all winners in the Irma Poem Contest organised by Beyond Kultura Foundation last year.

Prime Minister Silveria Jacobs, who attended the book launch on behalf of Minister of Education, Culture, Youth Affairs and Sport Ardwell Irion, spoke about the importance of Morales’ work.

Jacobs said STORM was another valuable cultural “baby.” She hopes that many other books, reading-and-writing programmes and other cultural projects for the community of St. Maarten will follow, and promised that when life becomes less hectic for her she will sit down to write about her experiences in her memoirs.

With representatives of Prince Bernhard Cultural Fund, the Dutch Language Union, the Representation of the Netherlands in St. Maarten VNP and sponsors such as the Central Bank of Curaçao and St. Maarten, Windward Islands Bank (WIB) and the St. Maarten Fire Department present, STORM was officially “unveiled” by the book’s godfather (“padrino”) Silvanico Pauletta of the Fire Department and godmother (“madrina”) Raquel Lo-Fo-Wong of the Central Bank.

Accompanied by hurricane “music” played by DJ SHINE, the book’s godfather and godmother jointly opened a box adorned with the icons of the United Nations’ Logo of Global Goals #13: “Climate Action,” in which STORM was hidden.

The book-launch programme was intertwined with two dance performances by National Institute of Art (NIA), which were inspired by scenes from STORM.

Troy Florent and Senlly Samuel danced a duet, while Faith Peterson performed a solo called “You can’t take my youth away.” Methodist Agogic Centre (MAC) pupils performed a skit about Irma and its aftermath.

“Beyond Kultura was happy with the great turnout and enthusiasm of the public during the book launch,” Morales said Sunday.

STORM is for sale at Shipwreck Shops, and via Beyond Kultura Foundation by calling tel. 527-1223.