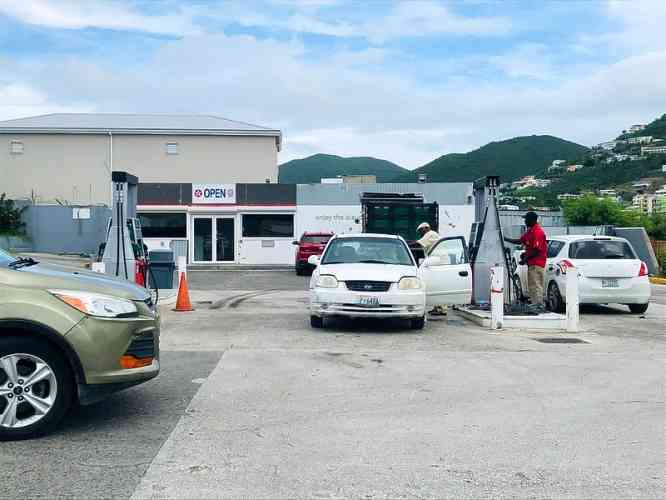 BUSH ROAD–A lone gunman demanded cash from staff of the former Star Mart Texaco gas station at 10:00am Tuesday while customers were lined up to get gas.

The incident took place quickly according to an eyewitness, who said the robber came on foot and rushed the gas attendant from behind waiving his firearm towards the man.

The Daily Herald understands that the manager of the business also was threatened by the gunman who also managed to take money from the cash register inside the gas station. The man ran off on foot toward L.B. Scott Road and escaped through one of the side streets.

Police spokesman Chief Inspector Ricardo Henson told this newspaper that police arrived at the gas station afterward and searched the area, but no suspect fitting the description was found.

The business continued operating after the robbery.

November 30, 2020
0
Winair plane at PJIA ST. EUSTATIUS--The Ministry of Home Affairs concluded an agreement with Windward Islands Airways International Winair for a temporary flight connection between St. Eustatius and Bonaire.  Many regular flight connections in the area were cancelled due...
Read more