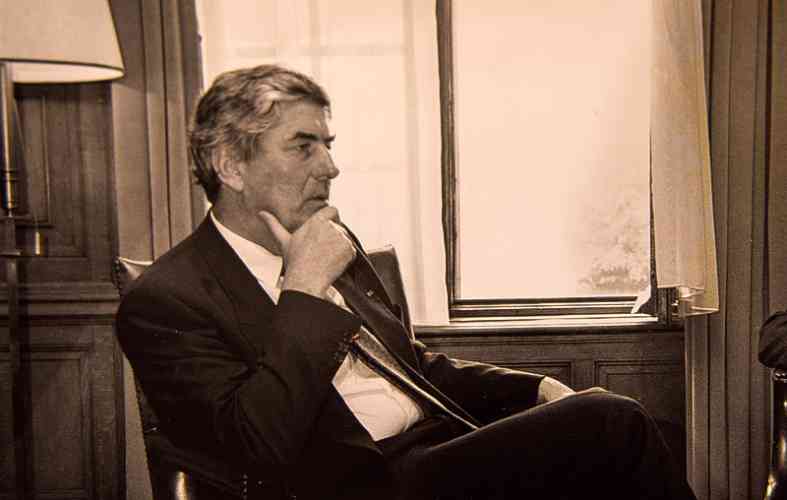 AMSTERDAM–The Netherlands’ longest-serving Prime Minister, Ruud Lubbers, who pulled his country out of recession while struggling to reform the Dutch welfare state, died on Wednesday aged 78.

The Christian Democrat who led his country through the 1980s into the 90s and went on to serve as the United Nation’s (UN’s) High Commissioner for Refugees, died at his home “in the presence of his wife and children,” the Government said.

He had been sick for some time and had stopped making public appearances.
Lubbers, who became Premier at age 43, led three successive Governments from 1982 to 1994 as the Netherlands headed toward greater European integration and the single currency.
Prime Minister Mark Rutte said that the country had “lost a statesman with international stature.”

Regarded as the Dutch ideological counterpart of British Prime Minister Margaret Thatcher, Lubbers cut spending on social welfare programmes under the slogan “more market, less Government” and trimmed a huge deficit.
His time with the UN’s refugee agency came to an abrupt end after he was accused of sexually harassing a UN employee in 2003. Lubbers always denied the accusations and resigned from the post two years later.

Born in Rotterdam on May 7, 1939, Lubbers became a successful manager in the family engineering firm. That role drew him into an employers’ association and ultimately national politics.

He served four years as Economics Minister in a centre-left coalition from 1973 and later as parliamentary spokesman for the Christian Democrats.
He gained an unexpected reputation as a crime-fighter when, in 1986, he twice chased and caught thieves trying to break into his wife’s car. In the late 1980s, an assailant leaped into his car with a knife. Lubbers, unharmed, shoved him out of the door.

He was a practising Roman Catholic, but that did not stop him from telling then Pope John Paul during a 1985 visit to the Netherlands that many Dutch Catholics found his conservatism threatening.
Fluent in English, French and German, Lubber had three children with his wife Ria.