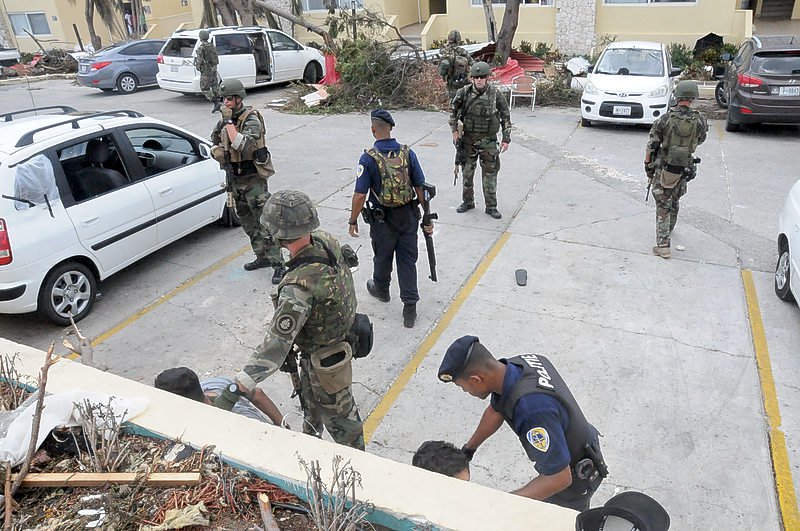 One tourist told The Daily Herald that a group of men overpowered security and staff and made their way to guest’s rooms taking jewellery and money from them. “They even punched and kicked another tourist for trying to stop them from looting. Thank god for marines and police who came and got the situation under control,” she said.

Military personnel arrested five men and the area was cleared by police and coastguard officials. Meanwhile police continue to stress that the country is under curfew and the public is encouraged to stay indoors to allow emergency services to do their jobs.

Management of Rancho’s were seen having a cookout on Friday morning and giving out food to the Simpson Bay area. They said that instead of the meat going bad, they wanted to give out the food to people who are hungry. They encouraged other businesses to do the same.