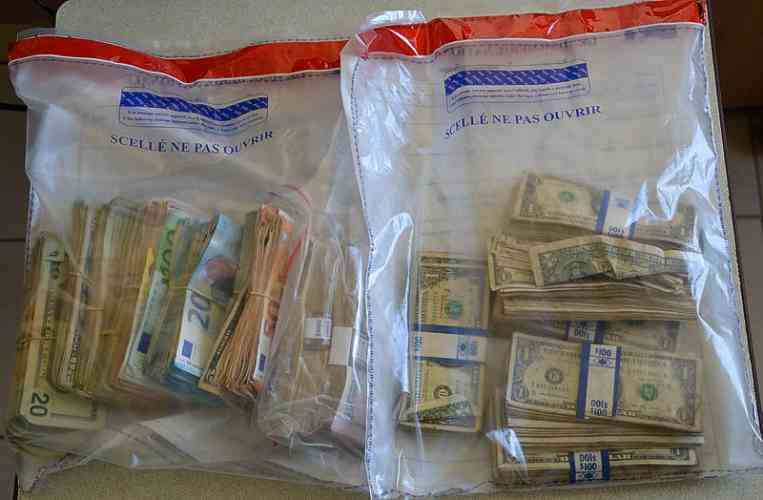 Originally from the Dutch side of the island, the suspects were held in custody pending today’s correctional hearing. The assistance of the Dutch-side judicial and police authorities was sought in pursuing the investigations. Theft with violence and sequestration are among the charges the three will face. One suspect is a repeat offender.

The Gendarmerie noted in its press release that the operations dispatch centre had received a call at 10:30am Monday about a robbery that had just been committed at Loterie Farm. Gendarmes were deployed immediately to intercept the suspects’ vehicle. A chase ensued for several kilometres until the fugitives were stopped by a roadblock at the Hope Estate roundabout.

The suspects’ vehicle contained a firearm, machetes and money.
The successful outcome of this incident was due to close collaboration between the Prosecutor’s Office in French St. Martin and the police and Prosecutor’s Office of Dutch St. Maarten, the Gendarmerie concluded.