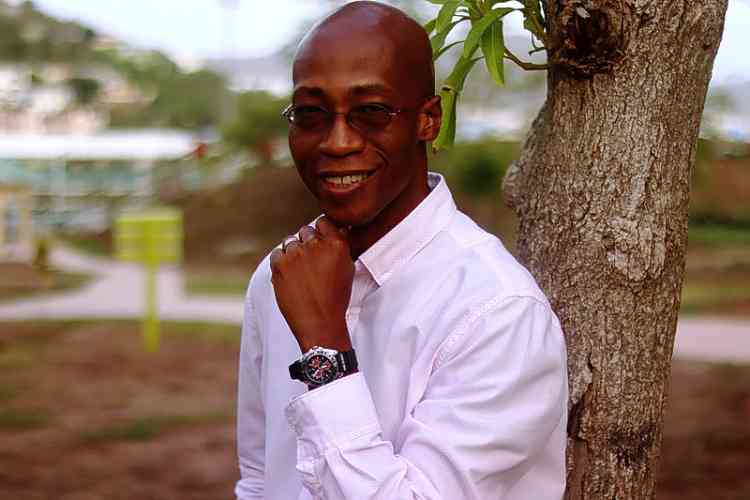 PHILIPSBURG–Love and Inspiration, the successful twelve-year-old radio show produced by St. Maarten-born Roy Cotton Jr., is now syndicated in the New York City area on Bshani Radio. The show is currently the station’s biggest show, with 1.9 million listeners in July.

From the start, Love and Inspiration was a force to be reckoned with. Approximately 1.3 million people listened to the programme in April, its first month on Bshani Radio. This ranked fourth among the station’s programmes. Its fan base steadily grew, netting 1.6 million in June up to its current apex position of nearly two million.

Cotton, who is also an interpersonal and professional development coach and motivational speaker, says he loves empowering others.

Love and Inspiration focuses on building stronger relationships and inspiring lives through various interviews on topics which “enable listeners to experience more meaningful relationships in their lives,” according to a press release. The show is known for its musical selection of contemporary gospel, easy-listening and love songs.

Love and Inspiration is aired live in St. Maarten on 102.7FM and online at

It is rebroadcast on

www.voiceofthecaribbean.net on Sundays at 8:00pm and on Mondays at 10:00am.

Bshani Radio interviews persons such as Tyler Perry and other notable international figures. Therefore, Cotton has placed St. Maarten on the map through his well-loved show.

Love and Inspiration premiered on February 11, 2007, on University of Hertfordshire’s former student radio station Crush Radio 1278AM, broadcasting to a student population of 23,000 students as well as to online listeners around the world. Cotton was nominated at the annual Student Radio Awards, supported by BBC Radio 1 and British media company Global in July 2008 in the categories of Best Male Presenter, Best Interview and Best Entertainment.

Cotton says he is grateful to God for His faithfulness to him during the past 12 years in entrusting him to produce and present such a high-calibre and popular weekly Sunday afternoon radio show to the world. Cotton consistently dedicates each broadcast of the show to his heavenly Father as he has done over the past 12 years.

He is grateful to his committed listeners, such as his mother Dorothy Richardson, his father-in-law Oswald Francis, Angela Ambrose, Charlese Carty, Neville Lake and many others. Cotton also thanks his committed corporate partners A and F Catering (led by Alfonso Blijden) and the Island Real Estate team (led by Arun Jagtiani) for their years of support.

He also said he is particularly thankful to his wife Nicole Erna Mae Francis-Cotton, who has been his great support, cheerleader and amazing chef, and who prepares him delicious Sunday lunches and various tasty natural juices that empower him to deliver his radio show on Sunday afternoons.

Cotton invites the St. Maarten public to tune in to Love and Inspiration as he “transforms lives, one heart at a time.”