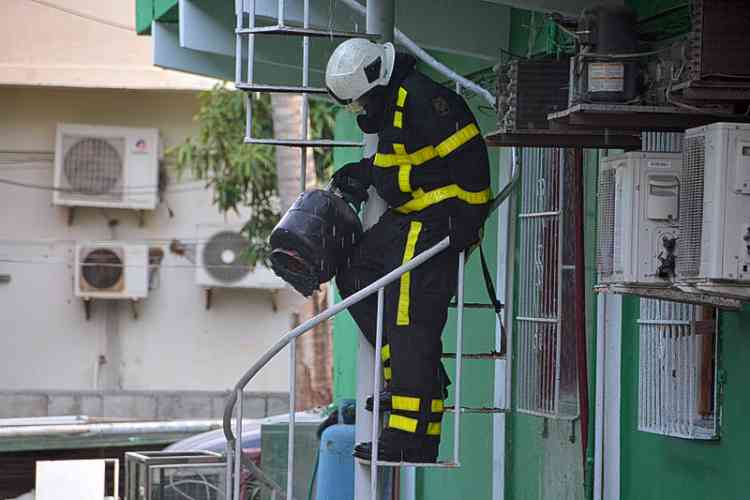 A fireman walks out of an apartment complex on Arch Road on Tuesday with the LPG cylinder that caused a fire in one of the apartments.

SUCKER GARDEN–Two persons received minor injuries when a fire broke out in an apartment complex in Sucker Garden at 5:30pm Tuesday.

According to information provided to the Fire Department, a woman attempting to light her stove realised fire was sparking from the hose attached to the liquefied petroleum gas (LPG) cylinder kept inside, causing a small explosion within the unit.

Fire engulfed the kitchen in seconds and caused tenants to run outside and call the Fire Department for help.

One fire truck arrived on the scene and firefighters rushed inside to minimise the spread of the blaze. Firemen were able to get the fire under control and ambulance personnel arrived on scene to assist the two persons who had suffered minor injuries.

Police officers were seen regulating the traffic on Arch Road.

The Fire Department is asking residents to pay keen attention to the risks associated with flammable objects kept in their homes, especially in kitchen areas, and to use caution when seeking to light those objects.