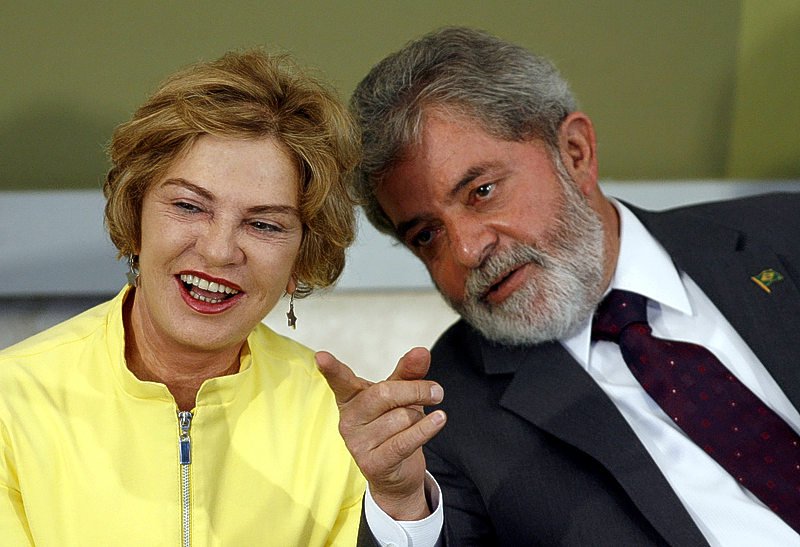 CURITIBA, Brazil–Brazilian prosecutors charged ex-President Luiz Inacio Lula da Silva on Wednesday with being the “boss” of a vast corruption scheme at state oil company Petrobras, in a major blow to the leftist hero’s hopes of a political comeback.

It was the first time that Lula, still Brazil’s most popular politician despite corruption accusations against him and his Workers Party, was charged by federal prosecutors for involvement in the political kickbacks scheme at Petroleo Brasileiro, as the company is officially known.
Public Prosecutor Deltan Dallagnol told a news conference that Lula will be charged with corruption and money laundering for leading a kickback scheme that caused an estimated 42 billion reais ($12.6 billion) in losses to Petrobras shareholders and tax payers.
“He was the conductor of this criminal orchestra,” Dallagnol said during a detailed presentation of the investigation. “The Petrobras graft scheme aimed at keeping the Workers Party in power by criminal means.”
Lula’s lawyers said prosecutors lacked evidence to back up their accusations which were part of political persecution to stop him running in the 2018 election. “This Lula-centered farce was trumped up as an affront to the democratic state and intelligence of Brazilian citizens,” one of Lula’s lawyers, Cristiano Zanin, told reporters in Sao Paulo.
Dallagnol stopped short of saying investigators would seek an arrest order for Lula, who became a hero to many poor Brazilians during his 2003-2010 government.
The two-year-old Operation Carwash anti-corruption investigation, based in the southern Brazilian city of Curitiba, has uncovered how political appointees named by Lula’s Workers Party and its allies handed overpriced contracts to engineering firms in return for illicit party funding and bribes. The scandal helped topple the Workers Party from power last month by crushing the popularity of Lula’s chosen successor, Dilma Rousseff. She was impeached by Congress on unrelated charges of breaking budget rules, amid rising anger over her handling of Brazil’s worst recession since the 1930s.
Dallagnol said that Lula, because of his control of the machinery of the Workers Party and the Brazilian government, was the central figure in the scheme. Prosecutors allege that the charismatic former union leader had personally received some 3.7 million reais ($1.11 million) in bribes, including a luxury apartment on the coast of Sao Paulo from one of the engineering and construction firms at the center of the bribery scandal, OAS. Lula has denied ownership of the three-floor condo in Guarujá.
Lula’s case will go before crusading anti-corruption Judge Sergio Moro, who has jailed dozens of executives and others involved in the scheme. Former first lady, Marisa Leticia Lula da Silva, has also been charged.
Lula has separately been indicted by a court in Brasilia for obstruction of justice in a case related to an attempt to persuade a defendant in the Petrobras scandal not to turn state’s witness.
Lula, 70, has not ruled out running again for president in 2018, but a criminal conviction would bar him from being a candidate for the next eight years. His fall, as well as that of the leftist party he founded in 1980, has been dramatic.
A one-time shoeshine boy and union leader who led massive strikes against Brazil’s military dictatorship, contributing to its downfall, he was elected the nation’s first working class president in 2002 after three failed campaigns. Wildly popular with Brazil’s poor, Lula’s social policies helped yank millions out of poverty and into the middle class, and he left office in 2010 with an 83-percent approval rating and an economy that grew at a blistering 7.5 percent.
But two years ago, as the Petrobras probe became public, prosecutors began to slowly put Lula in their crosshairs. Many prosecutors and investigators say they cannot imagine such a powerful figure was unaware of the institutionalized corruption and political kickbacks taking place at Petrobras and other state-run companies.
Marcos Troyjo, a former Brazilian diplomat and co-director of Columbia University’s BRICLab in Rio de Janeiro, said he thinks Wednesday’s charges are the first of many Lula will be facing in the coming months. “That means the Workers Party, which may have thought it would move comfortably into the opposition after Dilma’s impeachment, will confront extreme challenges,” said Troyjo. “It’s certainly the beginning of the end to Lula’s presidential aspirations for 2018.”