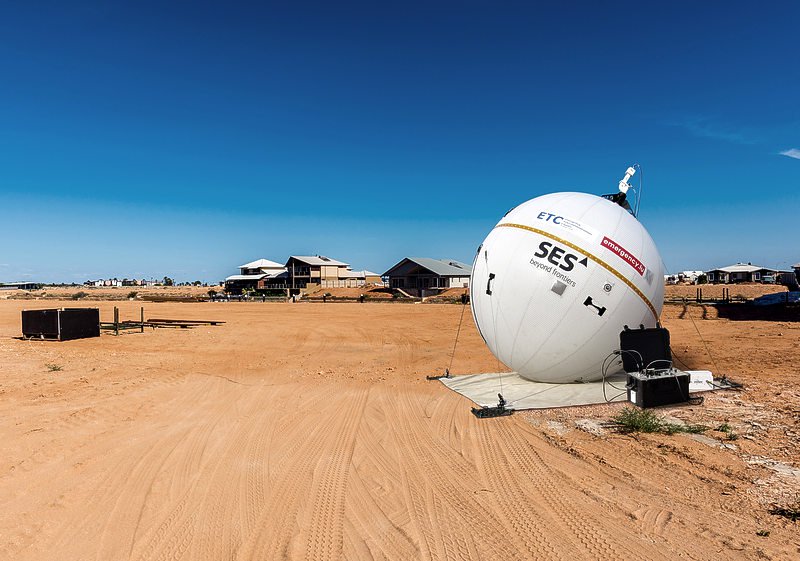 LUXEMBOURG–The Government of Luxembourg came to the rescue of St. Maarten shortly after Hurricane Irma by deploying a so-called Emergency.lu Rapid Response Kit to provide vital satellite-enabled connectivity. A similar kit has now been sent to Dominica for its coordination centre after Hurricane Maria.

An Emergency.lu Rapid Response Kit was deployed to St. Maarten to re-establish connectivity to Princess Juliana International Airport SXM after Hurricane Irma made landfall in the Northeastern Caribbean islands on September 6, severely damaging terrestrial telecommunications infrastructure.
The Government of Luxembourg sent Emergency.lu Rapid Deployment Kits to the region earlier this month to support the establishment of humanitarian hubs and to provide vital communication links for first responders.
The connectivity provided on a satellite of the world’s leading satellite operator SES was used for broadband and voice communication, to ensure that emergency services and first responders could stay informed and connected, and were able to act quickly where they were most needed.
In addition to the already-available satellite capacity for Emergency.lu services, SES has donated additional satellite capacity to support the high demand for connectivity for relief actions.
“When a hurricane strikes, communication infrastructures are often badly damaged or destroyed, and the situation can get even worse if first responders, emergency services and hospitals have no access to connectivity,” said SES Techcom Services Managing Director Gerhard Bethscheider. “Thanks to satellite technology, communication networks can be rapidly restored, enabling effective and coordinated assistance and aid in the most affected areas.”
An Emergency.lu Rapid Response Kit was deployed by the Government of Luxembourg on Tuesday to provide vital satellite-enabled connectivity to the coordination centre in Dominica, following the devastation brought by Hurricane Maria, announced SES and its partners through Business Wire.
The solution had been deployed on the request of the Emergency Telecommunications Cluster (ETC) to support the Caribbean Disaster Emergency Management Agency (CDEMA), and was installed by Luxembourg Civil Protection volunteers.
Emergency.lu is a rapid communications solution for global disaster relief and humanitarian missions, developed and implemented as a public-private partnership by the Ministry of Foreign Affairs of Luxembourg in collaboration with a consortium of Luxembourg companies and organisations: SES TechCom, Hitec and Luxembourg Air Rescue.
It is designed to help the humanitarian and civil protection community in the field to (re-)establish telecommunication services and support effective communication and coordination of first responders. Emergency.lu can be deployed by the Government of Luxembourg anywhere in the world within hours of a natural catastrophe or man-made crisis.
The Emergency.lu solution consists of satellite infrastructure and capacity, communication and coordination services, and satellite ground terminals as well as transportation of equipment to disaster areas all over the world.
Since its inception in 2013, the solution has been deployed dozens of times in various parts of the world, and has provided connectivity for relief efforts after Hurricane Matthew in Haiti, Typhoon Haiyan in the Philippines and in many more crisis situations.