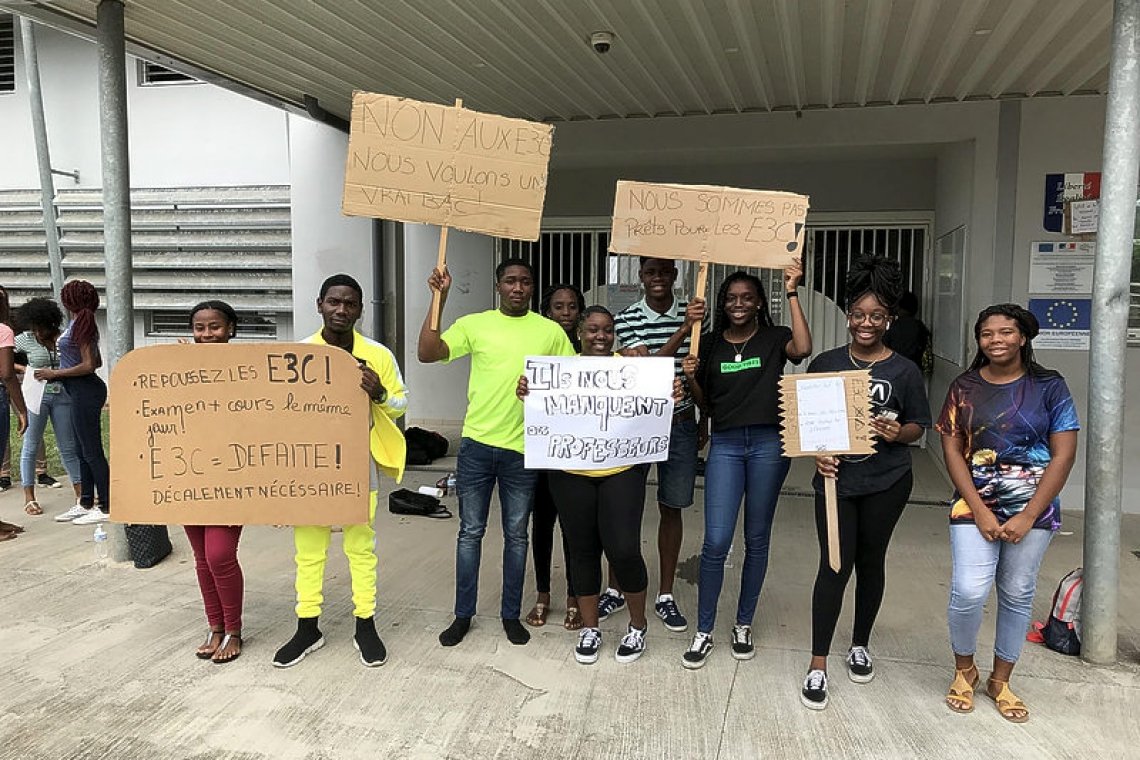 Students protesting outside the Lycée in La Savane on Tuesday. (Robert Luckock photo)

MARIGOT–Second-year students at the Lycée in Cité Scolaire Robert Weinum staged a protest outside the school gates Tuesday against E3C interim tests that are part of the new Baccalaureate reform, saying they are not sufficiently ready to take them because of teacher absenteeism, among other issues.

“The exams we are supposed to be taking now account for 40 per cent of the final result in the Baccalaureate, but we’ve had teachers absent and lack of teaching on the subjects we need to study,” explained student Jhosé Bruno. “What we have to study was not released until December when it was supposed to be September.

“There was a break for two weeks over December so now everything is in a rush and we all agree that we will not be ready. We are protesting to get a delay for the exam we have to take on Wednesday so we have more time to study the subjects.”

Bruno said teachers were in support of the students in complaining that the study material was released too late.

Exams stuck to a regular schedule in the past, but now there are tests throughout the year in the new reform. Students are concerned about “having classes and exams on the same day.” Academie de Guadeloupe Recteur Mostafa Fourar has insisted that everyone is ready to take the exams and teachers have been trained.

Head of Education for St. Martin and St. Barths, Michel Sanz disclosed later in the day that the Principal of the Lycée in the Cité Scolaire, Mme. Borel has agreed that the exam will be postponed until February 2020 and that resources will be put in place for the students to be ready.