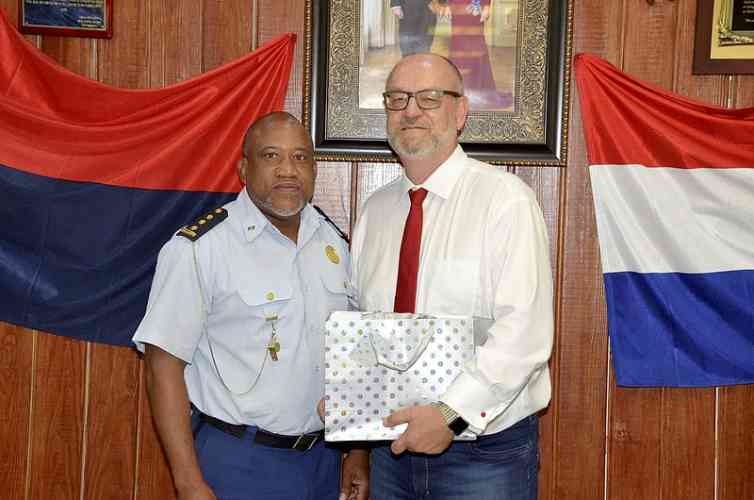 Present were representatives of the Prosecutor’s Office, the Dutch National Police Force, local Chief of Police Carl John, the police management team and members of the Police Force.

Police spokesperson Chief Inspector Ricardo Henson said in a press release issued over the weekend that Maan had developed a “very close” working relationship with the local Police Force during his tenure as Chief Prosecutor.

During the farewell ceremony John thanked Maan for “the great cooperation” he had given to the local Police Force during his tenure in office as Chief Prosecutor. John said also that it had been an honour to have worked alongside Maan and wished him “all the best in his future endeavours.”

Maan will be returning to the Netherlands where he will continue his duties. Jeroen Steenbrink will succeed Maan as Chief Prosecutor for St. Maarten.