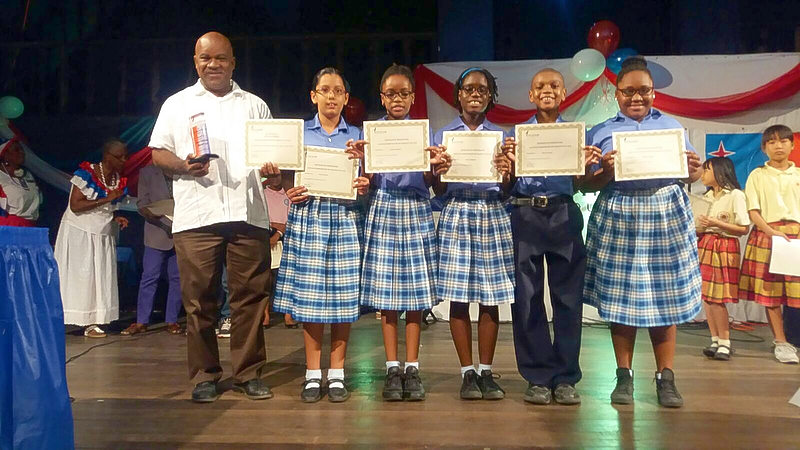 Department of Culture head Chester York and pupils at the Island Quiz competition.

PHILIPSBURG–The pre-St. Maarten’s Day Quiz hosted by Chuchubi Foundation can be considered a success for those who attended, according to a statement issued by the Foundation on Wednesday.

The quiz was dubbed educational and very informative. The Foundation was disappointed that only three schools participated, but hopes to get more schools on board for the next event.

Each participant received a certificate of participation. The audience was also engaged in the questions and won prizes donated by Office World and St. Maarten bags made locally by Cheryl Dedier.

The organising committee also thanked especially the participating schools for preparing the children well and instilling courage in them to participate. “They were very brave and enthusiastic. They all did a good job,” it said in the release.

Chuchubi Foundation members during the evening.