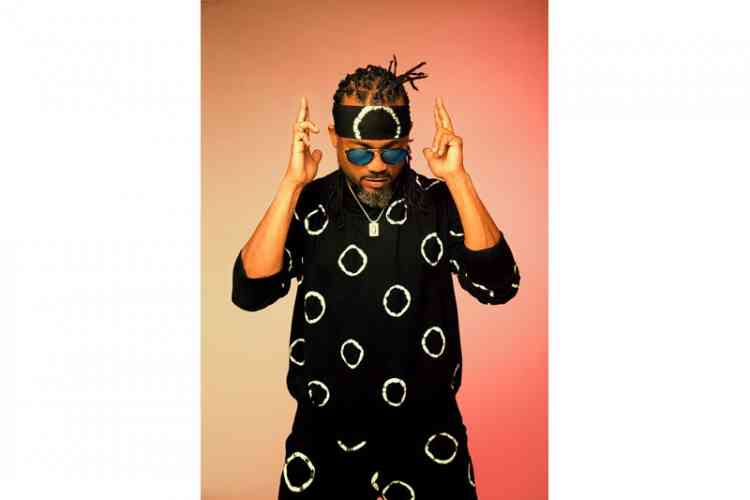 ~ Says destiny brought him back to island after 15 years ~

Trinidadian soca sensation Machel Montano has one goal in mind when he delivers his epic performance at St. Maarten’s 50th Carnival celebrations on Friday, May 3. “I want to create history,” Montano told The Daily Herald in an exclusive interview as he prepares for the concert.

“My message to (patrons) is to come out and create this history with us. It will probably be the biggest soca show to ever hit St. Maarten and the biggest show ever, because this is a soca music celebration.”

Montano, who will be back in St. Maarten after 15 years, said destiny, the right timing and unity amongst artistes in the region are amongst the reasons why he is returning to perform for his fans on The Friendly Island. “I think that with all of this unity happening, it is important to touch an island like St. Maarten at this time.”

Fans can expect to hear all his hits over the past few years as the last time he was on the island, he did not have as many hits as he has amassed today. “It will be an exciting show of great proportions with lots of energy and singalong and of course mashing up the place.”

“To the fans, I would say come and experience something that will definitely change your life. Soca music is like that. It touches you and causes you to be happy. This is coming from the happiest man alive. A Machel show today is not what it was like 15 years ago. You don’t want to miss it. The dancers, the whole monk movement, the whole band – we have all grown and our show has grown, so you need to be up to date right now. The hottest thing in soca is about to happen in St. Maarten and you don’t want to be left out. We need you the fans to give us that heat and that energy. I want to see what St. Maarten’s love for soca has become.”

While on the island, he plans to experience a little bit of nature on the beaches, particularly Maho beach, to experience airplanes flying over him to land at the nearby Princess Juliana International Airport.

Montano has made his name with high energy power soca. Where does he get the energy for his high-octane performances from?

“My energy comes from the music itself. Power soca, with 160 beats per minute, is an experience by itself. It’s not the groovy wine back and chill-out type of music. It’s not like reggae music where you’re just skanking and going into your feelings. This is music where you have to participate and integrate with the beat itself. You have to wine, jump, wave (and) sweat so for me, the music of course, gives you the spark, but then a lot of my energy resides in me. I dig deep into my meditation, into my good eating and of course, good exercise regimen and I have the energy there to give off. But there is also a lot of energy coming in from the audience – from the people. People love soca music and they love to get on bad and when you see them getting on bad and doing things like picking up something and running with it and jumping up and on each other’s shoulders and necks, you really feel energized to do more – so that is where I really get my energy from. Of course, I attribute all of that to the divine source of all energy which the creator.”

So, what’s next for the King of Soca?

“The next big project for Machel is always Machel and his growth. A lot of my growth is expressed through my music and my musical style and the changes I make. So, yes, you will see collaborations and directions and maturity in the lyrics and the topics. For me, it’s always been about moving soca music forward and the next biggest project will be about moving Machel Montano the person forward; and that will obviously be reflected in the music itself. There is a lot that I have been learning spiritually and on the life side of things that I would like to incorporate in my music, because I feel that music is something that when you share with your fans, it should be able to help them get through more moments, help them get through life and keep them energized and lively towards life itself. The musical change will reflect the change of Machel Montano.”

Montano plans to work with major producers and writers to try and express this sound. He said there will be Latin, French and tribal influences with afro and indo beats and a sound that can touch all corners of the world, whether it is merengue, bachata or dancehall, but with a soca base.

When asked whether he has plans to retire in the near future, Montano said retirement has always been a vague topic for him since it is difficult to predict the future. “This is something that I like to do… so I would never put a cap on when you would retire or when you’d stop doing what you love doing. I love creating and I think that I will do that till the day I die… If I’m not singing songs or performing on stage, I could definitely see myself working alongside artistes and helping them. I think the goals I would love to see is soca music touching the whole world and every time we step to the mic or we step in the studio, we have been doing work that has been advancing that purpose and that goal. I think I will continue to do that on a scale. It might not be on such a big scale as me performing and writing songs and bringing out albums, but it might be in the background helping other artistes producing, managing, advising. And I would love to just see soca music grow into whatever it wants to be, once it is something that is for the benefit of humanity.”

What’s his favourite and least favourite part about being Machel Montano?

“I love all of Machel, but if I had to choose the favourite part, it would be the experiences I get to have, the places I get to go, the people I get to meet. And when I say places, I don’t just mean countries, I mean actual places of nature, mountains, rivers, deserts, valleys, communities. In those places, you have experiences with people, friends and family. I would consider that to be my total experience… My least favourite part of Machel Montano is the price you pay for being so fortunate to know so many people… that you hardly get the amount of rest that you might require or would like to have. I would love a little more rest. You have to always deal with the fans and make yourself available for them. It’s hard to get away. It’s a small price to pay and you live both sides of the coin. What you get as a plus for travel and the ability to see things, you have to sacrifice privacy and that’s probably the hardest part.”