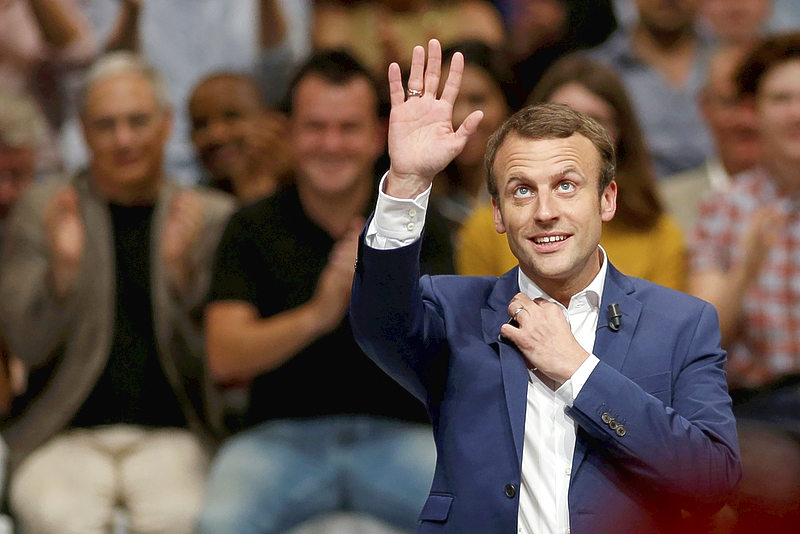 PARIS–French Economy Minister Emmanuel Macron resigned on Tuesday to work on proposals “to transform France”, clearing the way for a presidential bid that will further unsettle an already wide-open race.

The 38-year-old former investment banker, one of France’s most popular politicians, did not explicitly say he would run in the 2017 election but strongly hinted he would do so. “I am determined to do everything so our values, ideas and actions can transform France starting next year,” Macron, who created his own political party in April, said as he announced his resignation.
He said he was stepping down because he “needed to be free” to work on a plan to transform the country.
Macron’s place in the government had become increasingly awkward after he repeatedly criticised left-wing totems like France’s 35-hour work week and created his ‘En Marche’ (Forward) party in April, casting it as leaning neither left nor right. A source in Macron’s inner circle said the rapidly evolving political situation, in which former president Nicolas Sarkozy and two former Socialist ministers have declared their intention to run for president, had forced the hand of the minister.
In an interview with TF1 television after the announcement, Macron said he had considered, but rejected, the idea of resigning in July, citing the Islamist militant attacks that took place that month in France as the reason for delay. “It was inconceivable for any responsible person to leave the government at that moment,” he said.
If confirmed, a Macron bid for the presidency would further harm President Francois Hollande’s chances of re-election, with polls already suggesting he would be very unlikely to even make it into the run-off round. Hollande also has challengers from the left, including former industry minister Arnaud Montebourg and ex-education minister Benoit Hamon.
A spokeswoman for Macron’s ‘En Marche’ said the party would first conduct a door-to-door campaign to gauge opinion and collect voters’ grievances by the end of September. “After that we will make proposals, and after that candidacy questions will be dealt with,” the spokeswoman said.
A Macron bid would also hurt the chances of the man leading the polls on the centre-right, former prime minister Alain Juppe, who would also target centrist voters. Juppe must first beat Sarkozy in what promises to be a bruising fight at the conservative Les Republicains’ primaries in November. Macron ranks in polls just behind Juppe, but analysts say that popularity may not equal votes.
“He needs to transform his considerable popularity into voting intentions, but it won’t be easy because he’s not well liked on the left and his popularity on the right would not necessarily translate into votes,” said IFOP pollsters’ analyst Frederic Dabi.
Macron has won plaudits from economists and business leaders by pushing through a deregulation law cutting red tape for retailers and the legal profession among other areas. But while at ease on economic issues, he is untested on security in a country where a string of Islamist attacks has made law and order and immigration key vote winners, with Sarkozy vowing to ban the “burkini” full-body swimwear across France if returned to the top job.

Source: Daily Herald
Macron resigns in step to prepare for run at presidency