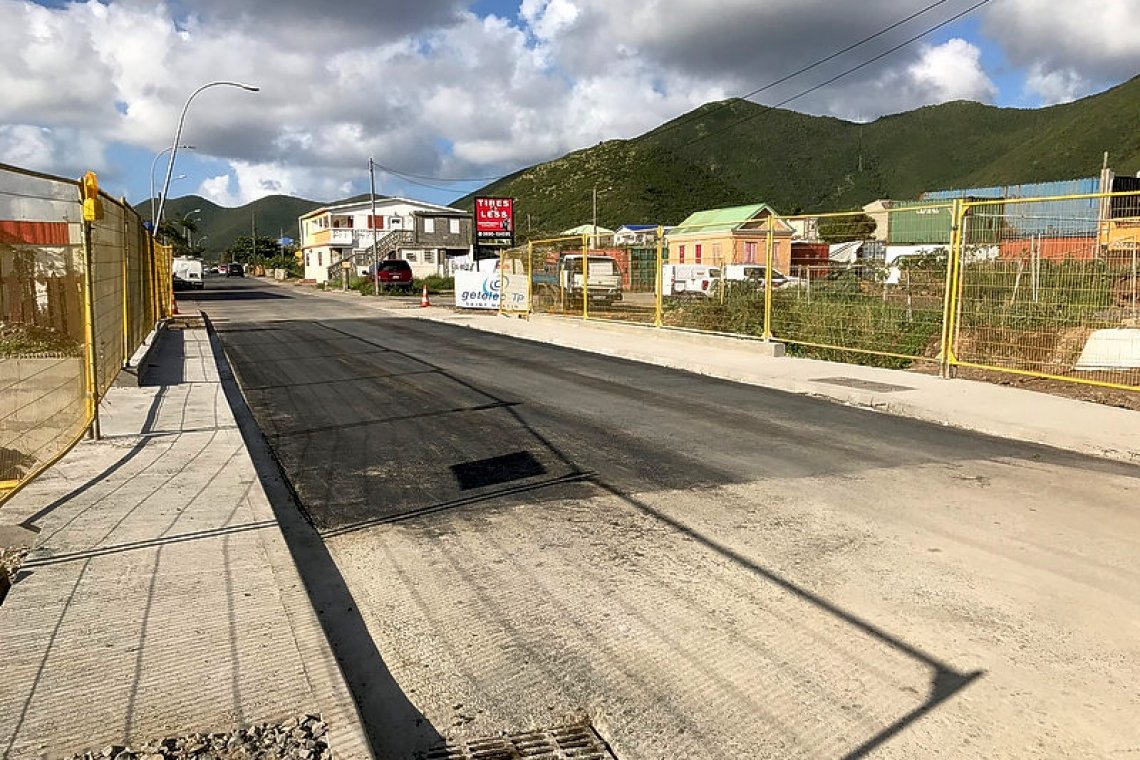 Fresh layer of asphalt over the bridge. (Robert Luckock photo)

MARIGOT–The main RN7 road in French Quarter is now completely open after the project that required an inconvenient detour for traffic driving in either direction was officially completed early Friday morning.

The project was one of several announced by the Collectivité a few months ago for the French Quarter and Belle Plaine areas. Located near Fleming’s Carpet Supply, the work entailed creating a new, wider bridge under the road to replace the old one and to secure the embankments on either side. The work has taken more than three months to complete.

Fourth Vice President of the Collectivité Steven Patrick and Territorial Councillor Raymond Benjamin were among the elected officials present who removed the final barriers to reveal a brand-new layer of asphalt covering the bridge section. Patrick said that while it had seemed the project was never going to finish, it was in fact, only a week late.

“The project was scheduled to start October 2019 and finish end of February 2020 but the protests and social unrest in December, and subsequent heavy rains, delayed the work,” he explained.

He thanked the population for its patience, acknowledging what an enormous inconvenience the traffic diversion had caused not only for residents of French Quarter but for the entire population of the island who depend on the through access from Belle Plaine to Orient Bay.

GETELEC was the main contractor, while the work was supervised by Head of the Collectivité’s Engineering Department Isabelle Gorizia-Brooks and Chargé d’Affaires Laurent Guillaume.