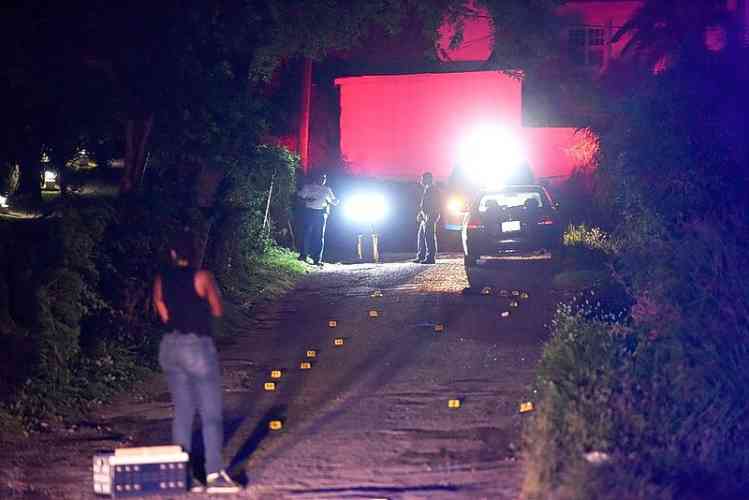 PHILIPSBURG–The suspects involved in a fight among several men at the entrance of Diamond Hill Estate in Cole Bay on July 20, 2017, during which Gary Zorilla was stabbed to death, will learn their fate on Wednesday, May 9.

Zorilla died because of multiple stab wounds sustained during the fight. The Prosecutor’s Office is holding suspect A.A.L. (21) responsible for the fatal stabbing, and called on the Court on Wednesday to sentence him to 15 years. He is charged with manslaughter, the inflicting of severe bodily harm, and public violence.

The Zorilla family filed for damages, as did the two other persons who sustained injuries.

Police reports suggest that seven men followed a group of four to the area with the intent to settle a score after an initial argument they had with each other earlier in the evening at a gasoline station on Bush Road which turned into a physical confrontation.

The latter group, which included Zorilla, saw three men at the station with whom they had issues and a fight ensued that resulted in the trio being overpowered by the foursome that attacked them. The three apparently managed to flee and contacted four other friends to come to their aid.

The assailants saw that they were then outnumbered and decided to go to another friend who lives in Diamond Hill Estate. However, the new group of seven followed and cut them off at the entrance. They all came out of their vehicles and a brawl ensued, leading to the stabbing of Zorilla and two others sustaining cuts.

Zorilla and the two others were rushed to St. Maarten Medical Center (SMMC) for medical treatment, where Zorilla died from his wounds.

That same afternoon, the three suspects in this case voluntarily turned themselves in at the police station in Philipsburg, accompanied by their mothers and lawyers. The suspects were immediately arrested by orders of the Prosecutor.

Zorilla, who worked in the carwash section of Motorworld, left behind a four-year-old daughter and grieving family and friends, many of whom witnessed the trial from the public stands.

All suspects confessed that they had been involved in the fight, but denied they had stabbed anyone or that they had a weapon in their possession. The knife with a 2.5-centimetre blade with which Zorilla allegedly was killed was never found.

All three claimed they had only seen one person with a weapon on the scene of the crime. He was identified as “Jerome” who carried a machete while coming out of the bushes, they said.

None of the persons involved in the fight had seen who stabbed Zorilla. “Everybody started to fight with everybody. It was a big fight,” suspect S. told the Court in describing the confusion which ensued during the fight which took place in pitch-darkness.

The victim was stabbed seven times. Two deep cuts in the heart region took his life. The Prosecutor said Zorilla was “brutally” stabbed to death in a “useless outburst of violence.”

L. was held for the stabber, as his DNA was found in dirt under the victim’s nails. According to the Prosecutor, he had also inflicted severe bodily harm on the two other persons who were injured during the fight. One of them was stabbed in the back, while the other was cut in his hand and arm.

The Prosecutor found it proven that the three suspects had sought a confrontation with the other group and had initiated violence. L.’s co-suspects were only charged with public violence as there was insufficient proof to “translate” their involvement in the fight into being co-perpetrators of manslaughter or of inflicting severe bodily harm.

Attorney-at-law Sjamira Roseburg offered condolences to the Zorilla family. She called on the Court to declare the Prosecutor’s cases against her clients – all members of the so-called Turn Up Squad – inadmissible, as the Prosecutor’s Office was not impartial in this case.

She said her clients’ cases were “contaminated” and accused investigating detectives of “tunnel vision” because alternative scenarios had not been investigated.

She said the investigation, which, she said, did not merit a “beauty prize,” had violated her clients’ rights to a fair trial. Therefore, the statements of her clients’ adversaries in the fight should be excluded from the evidence, she claimed.

Roseburg said her clients had not killed or stabbed anyone, and called for their acquittals, with the exception of the public-violence charges.

She said statements that L. had killed the victim were only based on hearsay. She also pleaded with the Court to lift L.’s pre-trial detention, which request the Court denied.